Enough With the Faux Outrage Over Illegal Alien Family Separation

Arthur Schaper
|
Posted: Jun 18, 2018 12:01 AM
Share   Tweet
The opinions expressed by columnists are their own and do not necessarily represent the views of Townhall.com. 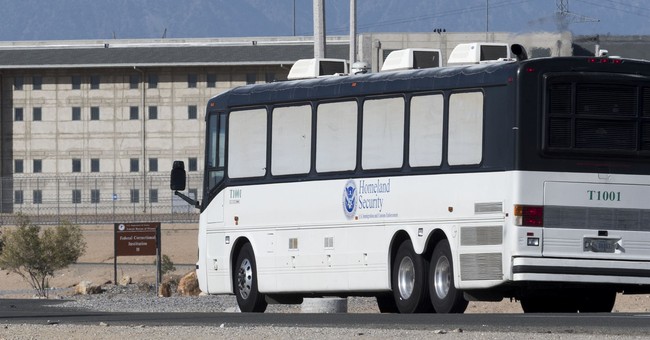 I regret to inform you, the mainstream media is at it again.

The liberal press is hammering the Trump Administration because executive departments, at the behest of Attorney General Jeff Sessions, are separating parents and children when apprehended crossing the border illegally. The headlines give the whole gamut:

Why the US is separating migrant children from their parents

President Trump and his allies have pushed back against the unjust uproar over this policy. The simple refrain is “It’s the law.” Yes, the administration is correct. It’s codified in federal immigration statutes that individuals are not allowed to break into the United States.

It’s common for adults on trial to be separated from their children during court proceedings, too.

But still, the press jumped all over Sessions for quoting the Bible to enforce the nation’s laws. They write that AG Sessions was using Scripture to justify specifically the separation of migrant children from their law-breaking parents. Here’s the verse: “Let every soul be subject unto the higher powers. For there is no power but of God: the powers that be are ordained of God.” (Romans 13:1) Sessions’ broader argument focused on full and equal application of the law.

Of course, there’s no verse that states “separate children from their parents.” But then again, there are no verses which teach that countries have to open their border to anybody who comes knocking. Most Liberals would not realize that though. They only resort to Scriptural arguments to try and shame conservatives for having points of view which they disagree with, not because they believe it is the word of God.

What is truly maddening, however, is that even some conservative pundits along with the liberals are condemning these actions. Consider AG Sessions’ interview with Hugh Hewitt, in which the SoCal conservative asked Sessions to imagine what it would be like if his grandchildren were separated from him. Sessions is a citizen and he hasn’t placed any member of his in danger or lawless inconvenience. Sessions beat down these unfounded claims of compassion, reminding Hewitt that the United States has a right to secure borders, and that the citizens have a right to full enforcement of the law. Simply put, a country without a border is not a country. Thus, with no United States then all of us would be lost.

President Trump has rebuffed the media’s faux outrage by blaming the Democrats for the “family separation” legislation. Once again, “It’s the law”, but leaders in Washington and across the country are still not reverting the blame back to where it belongs: the illegal alien parents.

And yet another part of this debate is missing. The chattering classes wail about the separation of illegal families, but what about the American parents who have been separated from their families and can never reunite with them?

Kate Steinle’s parents will never have their daughter back. Nor will Don Rosenberg ever see his son Drew. What about Angie Morfin, Sabine Durden, or Mary Ann Mendoza? The closest thing to reunification for grieving parents like Agnes Gibboney? A visit to her son’s grave (see picture above) in Glendora, CA. Ronald De Silva was murdered by an illegal alien gang-banger who had been previously deported.These and many other American parents have lost their children—forever—because of illegal alien crimes.

But no, instead of those dead children, the left-wing lamestream media spends its time lying that illegal alien minors are pining away in cages. The truth is that they are receiving adequate food, shelter, clothing, and an education. The parents face prosecution for illegal entry but the children receive basic care, probably better than what they had received in their home countries. Which begs the question - American taxpayers are footing the bills for these kids but shouldn’t underprivileged American children access these resources, not foreign nationals?

The media’s contrived angst over the separation of families is purely for political purposes. Represent the facts, respect the law, and if the press is so worried about separated families, then they should tell illegal aliens to stop breaking into the United States."