Arthur Schaper
|
Posted: Oct 24, 2017 12:01 AM
Share   Tweet
The opinions expressed by columnists are their own and do not necessarily represent the views of Townhall.com. 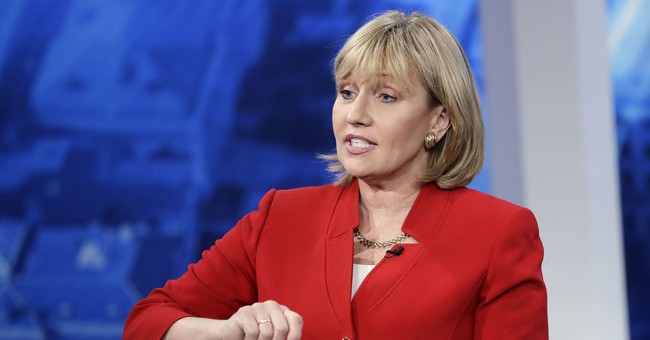 Two major gubernatorial elections are on the Election 2017 campaign horizon. I wrote about the Virginia race one week ago. Ed Gillespie is now winning by focusing on Virginians’ day-to-day needs. More importantly, he is also doubling-down on his opposition to illegal immigration, and its deleterious consequences like the rising crime, gang activity, bad traffic, and diminishing quality of life.

Across the Chesapeake, another governor’s race is raging. New Jersey, a colonial outpost for Quakers before the American Revolution, has turned into another California-style outpost of the urban-suburban divide, where compacted cities have been out-voting the more conservative rural and suburban regions, all to the state’s detriment.

But New Jersey should be another solid GOP win, right? After all, the outgoing governor, former federal prosecutor Chris Christie, won a stunning upset in 2009 over an unpopular incumbent. The issues then were a depressed economy and corruption. Property taxes had gone up 110 times, pension liabilities were devouring city budgets, all while teacher’s unions were running amok. Voters were looking for change. Under Christie’s tenure, jobs have come back. The state’s anti-corruption ratings improved considerably. He eased the tax burden somewhat. Nevertheless, in 2017 New Jersey is still over-taxed, over-regulated, and crime-ridden.

Christie’s potential successor, Lieutenant Governor Kim Guadagno, started campaigning by targeting the property tax burden. The costs are staggering. A property tax on $145,000 home in New Jersey costs $5000 a year. In California, a million dollar costs the owner $15,000 in property taxes. Incredible. Christie instituted a property tax cap, which the Democratic candidate Phil Murphy will remove in order to give away the store to public sector unions. Sadly, promising relief on property taxes hasn’t helped Guadagno. More government takers are moving into New Jersey, and they want taxpayer-funded largesse from Trenton. The diminishing middle class will still pay, since they can’t outvote the moochers on their own. In these respects, New Jersey has turned into California, minus the sunny weather.

However, Guadagno can still Make New Jersey Great Again, if she campaigns on the issues elected Trump: illegal immigration. During their first debate, Murphy announced that the 22,000 illegal alien youths are “just as American” as his own kids. That didn’t go over very well. Then he boldly promised to turn New Jersey into a sanctuary state for illegal aliens--just like the once Golden State. The audience booed the Democratic candidate—loudly. New Jersey may be a blue state, but they’re wise enough—like their Marylander counterparts—to reject open borders and open defiance with federal immigration authorities. What’s could also hurt for Democratic chances? The Green Party candidate is hiding illegals in his own church!

This storm could have initiated the perfect out for Guadagno. Her considerable public safety resume includes federal prosecutor and county sheriff. As Monmouth County Sheriff, she not only implemented programs to find missing persons, but cooperated fully with ICE to enter the jails and deport criminal illegals.

Like the governor’s race in Virginia, illegal immigration can be the winning issue for the New Jersey Republican candidate. The latest illegal alien crimes committed in New Jersey are staggering:

The horrendous child rape took place three days prior to their first debate!

Granted, deportations are up in a state currently housing 500,000 illegals, but sanctuary state provisions will frustrate these efforts. A Republican in deep-blue New Jersey should find smoother sailing into election victory. Guadagno still faces challenges because of her party affiliation, not just from the 2-to-1 Democratic voter registration advantage. She and Christie have parted ways. She was one of the first to criticize him for getting some sun on state beaches during the state’s government shutdown. Once the most governor in the country, Christie’s now epic low approval ratings could harm Guadagno, too.

How else does Guadagno stand apart from Christie? She’s pro-choice, which could burn bridges with the much-needed conservative base. She also differs with Christie over President Trump. A cautious supporter until the Billy Bush Leak, Guadagno threw him overboard towards the end. She’s paying the price now, since President Trump prizes loyalty, and state officials who backed away from him over a little locker talk earned his ire.

Then again, Alabama’s incumbent appointed US Senator Luther Strange had Trump’s endorsement and still lost, so all is not lost for Guadagno. Also to her credit, she’s got an “A” rating from the National Rifle Association, compared to Christie’s tepid “C” rating). Another win for the former sheriff: she stood proudly by her high rating, then announced in the first televised debate that she would not punish law-abiding gun owners with more gun control—New Jersey Is one of the most restrictive states in the country. She refused to politicize the horrific Las Vegas massacre.

Despite initial setbacks and a slow move to the right on safety issues, Guadagno is running a more Trump-like platform. Her strong stance on illegal immigration may cement a win for the former prosecutor and first Lieutenant Governor in State History.

However, with the Christie legacy behind her and a heavily Democratic field in front of her, can she close the gap by Election Day? Michele of the New Jersey Tea Party Coalition informed me: “No conservative will support Phil Murphy due to his stance and admittance to increasing taxes, standing behind sanctuary and wanting to make NJ a sanctuary state. He is another Goldman Sachs fellow and will be another Corzine.” Michele will support Guadagno, but won’t speak for other New Jerseyans. Will they turn out for this under-the-radar election? Perhaps her next commercial should feature Kate Steinle, her gruesome death, and then a question: “Phil Murphy wants murderers on our boardwalks. Do you?”

Share this on Facebook
Tweet
Here's the Interesting Tidbit About All Those Doctors Who Called Joe Rogan a Menace to Public Health
Matt Vespa
Walensky Says She Will Improve Messaging Surrounding COVID-19
Madeline Leesman
Gen. Mark Milley Tests Positive for COVID-19
Madeline Leesman
Damn Everyone to Hell: Here's An MSNBC Rant For the Ages
Matt Vespa
There's Another Looting Crisis in LA Being Ignored by Democrats
Spencer Brown
'Joe Biden Has Failed': MSNBC Acknowledges How Biden Has Broken One of His Promises
Leah Barkoukis