Will Trumpets the End of the GOP. Well. 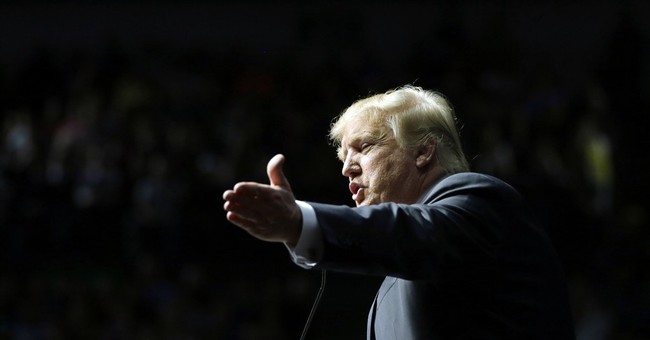 George Will, like a bewailing Cassandra, fears Trump nomination will end of the GOP. Well. Bill Kristol advises his like-minded colleagues to consider creating a new political party if “The Donald” gets the nod at the convention. Heaven forfend! Ben Shapiro asked: “Is the Republican Party over?” The conservative news heads are splitting about Republican divides. Please.

The Republican Party has faced growing pains before. Liberty permits open disagreement. I like liberty, even if it’s a little risky, a little messy. Let’s discuss the alternative. How about the political machines which dictate who runs and when, what passes and what doesn’t, and you have no say in the matter? Or a vote that never counts? “As long as I count the votes, what are you going to do about it?” growled Boss Tweed of New York.

By the way, I have worked with local politicos in the Los Angeles area, many of them former Democrats. One of them had guns pointed at her if she did not go along with demands from local (mafia) interests. Others were routinely silenced, told to “wait their turn” before running. Excuse me? This is America, not Grand Theft Auto USA. For the longest time, the Democratic Party has not permitted open dissent, and yet in California it’s happening already. The major difference? The Media don’t report it on Democratic divides ad nauseum. Another difference? Those LA Democrats are now Republicans who run on conservative values.

Once again, for Republicans, dissensions are the norm. The party started out as a grassroots amalgam of interests, all opposed to slavery (and polygamy!), liberty and family the key components then. . .and now. Yes, Will talks about the divided GOP, but he neglected to mention that the Democrats of 1860 were just as divided on the slavery issue. Actually more so, since a Northern Democrat (Stephen Douglas) and firebreather Southern Democrat (John Breckinridge) split the votes and permitted a Republican rail splitter from Illinois to take the Presidency. . and later end slavery.

Men and women then and now care about faith and family, they care about God and country, secure borders, and individual liberty. Today, GOP leaders (not every elected official, but the Old Guard) in Washington and their Democratic counterparts (yes, they too!) do not want to fight for liberty, and they do not want to defend the family. They want to keep the money flowing in from the taxpayers to the federal coffers, protecting Big Business, or Big Labor, all while Big Government gets bigger.

Donald Trump has challenged rhetorically this statist status quo, and has channeled the widespread well-spring anti-Establishment enthusiasm. Republican leaders in DC don’t like the Donald? They have themselves to blame. Democrats far and wide hate the Donald. Good!

So, will a Trump nom destroy the GOP?

Let’s talk about what many prognosticators thought would destroy the Republican Party, once called “The Party of Old White Men”: demographics. Even left-wing pundit Eleanor Clift remarked that the Republican Party would adapt to the challenges of the country’s changing ethnic electorate. The second place and rising Election 2016 contender, Ted Cruz, already acknowledged that the Republican Party would go the way of the Whigs without outreach to other ethnic communities. Come to California or to Rhode Island, or to Kentucky, and you will find more conservatives of every color taking office at the local and state level. Look at the current Republican bench of Presidential candidates. More color, more flavor, and more winners all around.

Let’s take another, closer look at Will’s argument, that a Trump Presidency would mean the death of the conservative party. No. It. Will. Not.

There are conservatives all over the United States (even in New England and Illinois) pushing back against Big Government statism. One: Scott Walker, who beat down the Big Labor Democratic money machine on the front lawn of Progressivism. It astonishes me that so many worry about the preeminence of “Big Daddy Government” Democrats, when they have been trashed statewide many times over. In Michigan, Right-To-Work caught fire, and the unions could only watch as their houses burned down. Illinois’ Bruce Rauner has held his ground, and Larry Hogan is the real future of the Republican Party.

The coalition emerging among Republicans across the Magnificent Fifty signals a growing, healthy distrust of expanded executive power into the states and onto the people. Libertarianism is on the rise, a trend which George Will already embracedin an interview with Reason Magazine. Before, conservatives simply lamented George W. Bush’s compassionate expansionism. The Tea Party said “Enough”, and conservatives rallied. A California Democrat who votes Republican reminded me of this growing conservative insurgency.

Would the work of Taft and Goldwater falter like chaff with a reality TV host gaining the GOP nom? Nope. Big Business enablers would see their aims dashed for good. For the record, Will has kind of caved on the liberty fight. He actually called Kim Davis, the Kentucky Clerk who refused to hand out homosexual marriage licenses, a George Wallace throwback. Excuse me? She stood up to a rogue Supreme Court – hardly supine, as Will had alleged – and refused to allow five bad lawyers in black dress drag redefine an institution around longer than you, me, or anyone else. Once again, Kentucky has a black, Tea Party allied Lieutenant Governor. So, on another level, that George Wallace thing makes no sense.

Today, political parties are no longer aligned along Democrat and Republican strictly, but Washington vs. the states. And the states are winning. I did not say this. Congresswoman Mia Love of Utah, the first black Republican family Congresswoman declared this fact, and before her election replacing Democrat in name only Jim Matheson.

Ronald Reagan cut the taxes, but not the spending. Americans by and large have had enough of both, plus the politicians who campaign as conservatives, then cave to special interest pressures in office. Not any more. The Conservative party is not dead. Our coalition is not fraying, but rather gaining strength.