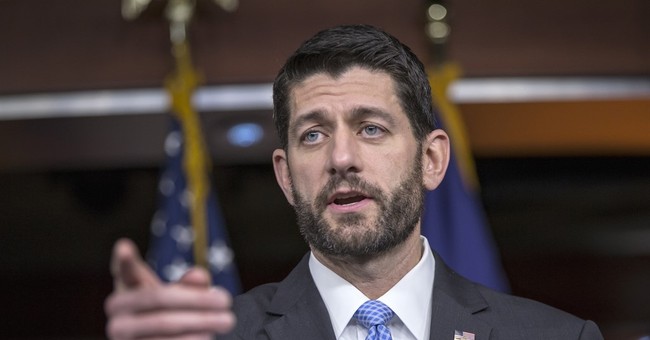 Congress has just passed the latest Omnibus spending bill to fund the government and – gasp! – avoid another government shut-down. Political minds have short memories. The last government shutdown turned Ted Cruz into a star, and the next year, Republicans regained the US Senate and expanded their numbers in the House.

At least one former Congressman, elected to the US Senate in the 2014 GOP wave, refused to cave. US Senator Tom Cotton or Arkansas released a blistering criticism of this legislation, all 2,000 pages of it (actually 2,000+): "A rotten process yields a rotten result, and this 2,000-page, trillion-dollar bill is rotten to its core.” As a former high school teacher, I took procedure as seriously as correct answers and good work. If students don’t behave in class, no one learns. The former reserve officer faulted a process “resulting from secret, backroom negotiations and getting dumped in the dead of the night on Americans with barely two days before the vote.” So, why was the Omnibus legislative process so bad, since Cotton railed against the “rotten to the core”? It started out bad, which spread undeterred.

Notice that Cotton does not merely lament for the elected representatives, who could never dial through a telephone book of a bill they were expected to vote on two days later. This bill was “dump on Americans.” The layers and layers of laws wrapping up this stinking legislative “Satan Sandwich” affect you and me. Thankfully, there are more elected officials in Congress who remember whom the Constitution protects and whom the elected officials serve: We the People.

By the time I called into US Senator Cory Gardner (R-Colorado)’s office, legislative staff had learned the final tallies were recorded. Thirty-three US Senators voted against this Omnibus, which included some Democrats, who stuck to their pro-green principles (yes, some Democrats have principles, even if they are the wrong ones) and could never sign onto bills lifting a ban on oil exports. “Weekend at” Bernie Sanders also voted “No”, more likely to shore up credibility for his presidential bid, since his previous compromising ways in favor of the Second Amendment have hurt him the most against Hillary Clinton.

Besides Cotton, other Republican US Senators blasted in press this latest “Everyone on the” Omnibus legislation.

US Senator Ted Cruz excoriated this “rotten to the core” legislation in left-wing Politicobefore he voted against it: “Since taking control of the Senate, Republican leadership has joined hands with a majority of Democrats to thwart their own caucus’ efforts to stop the Obama agenda 24 times.”

Rand Paul of Kentucky reminded the country of his staunch stance against increased debt: “Since coming to Washington, I have voted against every spending bill that continues to add to our nation’s mountain of debt, and this bill is no different.” There are some issues that allow no compromise. Either our government is cutting spending, or it is not. These realities cannot founder under compromise.

Even US Senators not up for reelection – or running for President – let fly their full displeasure. Ben Saase of Nebraska, whose maiden speech in the US Senate reminded all members of their role in the more deliberate upper chamber, voted against this bill. Steve Daines of Montana: “Once again, Washington’s inaction and govern-by-crisis strategy is getting in the way of providing the American people with the long-term solutions they deserve. We need an open discussion about how to support our nation’s priorities. . .” An open discussion: sounds like the ideal in a liberal democracy, right? Daines pointed out the positives in the bill, like lifting the oil export ban and removing taxes on individuals and businesses. Those benefits did not overcome his resistance to increased spending or funding unconstitutional executive priorities.

A deliberative body must undertake deliberate decisions to stop not just slow the growth of government into our lives, to recognize and expand the full expression of our natural rights. The United States does not need the US Senate to discuss how much we will keep overspending, yet not as much as last time. The US Congress has forgotten its role, and the US Senate more so, in that they are still going along to get along with a rogue chief executive. George Washington explained to Thomas Jefferson, The Senate os the saucer to cool the passions of the more populist House. Now the Republican Congress needs to learn that they must chill the vain and dangerous ambitions of a propagandizing President, or be thrown out of office.

Thankfully, US Senator Tom Cotton is part of this rising conservative US Senate phalanx in Washington. Once deemed “the most powerful man in Washington”, the junior US Senator does not embrace the Kumbaya spirit of the Old GOP Guard, which keeps spending money and expanding government, with no regarding for the integrity of the Constitution, or the well-being of our country or its future. More Senators should follow these conservative statesmen’s example. The Congress does not succumb to President’s will, but the other way around. I prize that Cruz identified “Republican leadership”, because voters, activists, and even state party chairman are fed up with the caving, cowering Washington Cartel.

Another question: What is it about this new cadre of conservative US Senators – Saase, Daines, Cruz, Paul – besides their youth? Their commitment to a new, confrontations form of governance stems precisely from their lack of experience in Washington, with its backroom deals and the sickening sausage-making all too common place. They have lived (or suffered) under the cloud of former President George W. Bush’s compassionate, spend-thrift social conservatism. They ran against hand-picked Republican Establishment successors in a number of cases, and won alongside the rising tide of the piping-hot Tea Party movement.

As their numbers are rising, and We the People should be glad not sad after this latest legislative punt. We need more representatives like Senator Cotton, who will pick apart and reject business-as-usual games in Washington, even if it means voting against their leaders or risking a government shut-down.
CDC Director Reaffirms Forcing Vaccinated Children to Remain Masked, Dodges Question on Vaccine Mandates
Rebecca Downs
While Terry McAuliffe Claims Others Are Election Deniers, He Just Repeated Stacey Abrams' 'Big Lie'
Rebecca Downs
WaPo Cries About 'Vulgar Taunts' of People Chanting 'Let's Go Brandon!'