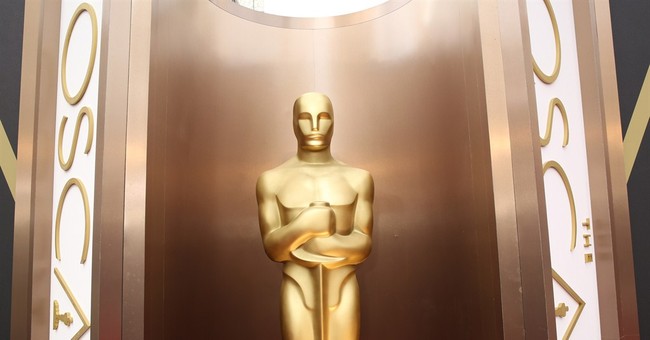 After movie tickets spiked to more than $10 a show (plus the cheap facility of YouTube and all those free, uploaded films), I stopped going to the movies. Since I no longer stayed current with the latest flicks to hit the Big Screen, I couldn’t root for which films, stars, screenplays, etc. during the Academy Awards that I wanted to see win. I stopped watching the Oscars altogether. And most of what Hollywood produces falls into the latter category.

The last great “Best Picture?” “The King’s Speech”. A warm biopic focused on an otherwise unnoticed monarch, one who struggled openly and captivated many. The last great Supporting Actor? Heath Ledger. His last role literally killed him.

Now, in the midst of an election season barely in full swing, why am I writing about the Academy Awards?

The current process for finding the viable candidates for GOP Presidential nomination reminds me of the nearly arbitrary, popularity and sentimentality-driven process which defines the Academy Award nominations. Don’t get me wrong. When movies still mattered to me, there were too many movies even then, and most of them were not worth the second-run ticket price I paid at a Redondo Beach, CA movie theater. In similar fashion, some of the “not worthy” candidates like Lindsey Graham, George Pataki, and Rick Santorum (his second run for President reminds me of a bad sequel trying to profit off the first somewhat successful installment) have rightfully tanked and never gained traction. And don’t get me started on that one guy from Virginia (who was he, again?)

Similar to the wide cadre of films now nominated for Best Picture (expanded recently from five to ten), the number of likely (and qualified) Presidential candidates did swell this year compared to past elections. Some political pundits shamed the Republican slate of candidates as a “clown car”, when in fact the dubious accomplishments – and striking failures – of the Democratic Bench fit that hilarious description. In the Academy Awards, almost every year critics pan the final announced slate of nominees, listing all the films that “should have been nominated”, which voters never considered. Psycho and Chinatown top the lists for avid film buffs.

Not only the expanded number of candidates, but those who deserve to win (or at least do better) are failing in light of those candidates who demonstrate less quality, but have engaged the right swath of voters and lobbied effectively enough. Walker is at the top of this “should win” list in my opinion, and yet he dropped from No. 1 to nothing over the past month.

Beyond that, another fight rages before the actual ceremony around the announced list of candidates. The average moviegoers usually participate at this point, comparing who will win to who should win. Often, it’s hit and miss whether the actor, director, or film which deserves the Oscar actually gets it. One of the biggest upsets occurred in 2002, when Adrien Brody walked away with the Best Actor Oscar, and Halle Berry swooned under Brody’s huge kiss. Daniel Day-Lewis’ performance as Bill the Butcher in “Gangs of New York” demonstrated greater craft and skill, while Nicholas Cage’s work as twin brothers Charlie and Donald Kauffman expressed his versatility playing distinct yet believable characters.

Now, tying these past disappointed to the latest developments in the Republican Party nomination process for Election 2016. . .

When three-term Texas Governor Ricky Perry decided to drop out of the race, I was really crushed. He is like those successful films, both critical as well as financial, which never make it to the next stage. Perry is like the political version of “Network”, bold, funny, thought-provoking. His departure makes me want to shout: “I’m as mad as hell, and I’m not going to take this anymore!” Apparently, Perry’s staffers in key primary states felt the same way, since they were no longer getting paid. Once again, Perry should have put off running in 2012 and focused on this year. He might have even scared off Jeb Bush from entering in the first place.

In contrast, what about those candidates who have emerged into the Top Tier, like the five to ten nominees celebrated on Awards Night? To me the biggest “Doesn’t Deserve it” winner is Donald Trump. What do people really see in this guy? He wants to raise taxes on the wealthy. Elizabeth Warren and Paul Krugman praise this economic plan. He talks tough on immigration, but wants to pick and choose who stays, then welcome Syrian refugees. Right now, he’s the “In” candidate, adored by the media, buying up all the attention, unsoundly stealing the limelight and deeper appreciation from the more artistic, diverse, and robust candidates running for President (Cruz, Paul, Rubio, Jindal).

Throw Carly Fiorina and Dr. Ben Carson into the “Don’t Deserve It, But Still Winning” category, too. For three months, I have been bombarded with eblasts from the Fiorina camp. “What is missing from this picture?” and “Don’t let the RNC cut out Carly!” Ambitious movie studios and directors rely on similar, flashy campaigns, buying up record amounts of ad space in newspapers throughout the Los Angeles area. Aren’t the Academy members supposed to choose the nominees then the winner based on the merit of the films? Not so much, and the same applies to these “non-politicians”. Carly got fired from her CEO gig, and Dr. Ben has never held elected office. Sorry, but experience does matter, and should not be a liability for the highest office in the land. Conservatives love Ronald Reagan, a B-lister who never coasted on his A-list connections or record celebrity. He served two terms as Governor of California, and before that president of the Screen Actors Guild. In the midst of this record he ran for President three times. Would his experience have pushed him out of the running in our time?

I wish that more voters sought quality not just notoriety during this Presidential campaign. “And the Presidency goes to” should be based on much more.