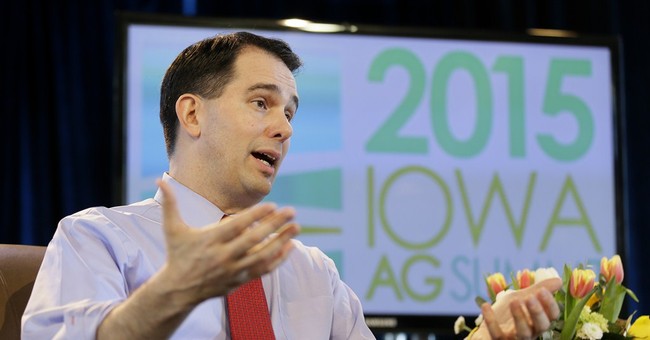 Illegal immigration awakens gut reactions, and voters should despise any pandering to illegal aliens out of fear of losing elections or appearing racist or uncaring. With all of the talk about the DREAMers and Deferred Actions, when will our leaders care about Americans born and naturalized, and the American Dreams that they pursue and want to see come true? Surely the needs of 310 million legal residents outstrip the 11 million in the shadows.

In 2008, I supported outlier candidate Congressman Tom Tancredo for President, even though he had a gringo’s chance in Guadalajara of winning the GOP nomination. Neither racist nor uncaring, the retired representative from Colorado advocated for a streamlined, strengthened legal immigration system, where American citizenship was prized, legal migration eased, and public systems remained stable instead of unsustainable.

The crisis of porous borders and weakened citizenship has worsened. With the rising bitterness surrounding of the immigration conflict, aggravated by rogue President Obama’s executive amnesty orders contrary to the letter and spirit of the Constitution, as well as the will of the people, anyone can respect the reporting of columnists like Breitbart’s Matthew Boyle as well Michelle Malkin (whose timely exposes early exposed the Obama Administration’s culture of corruption). However, Boyle’s strong affinity for US Senator Rand Raul (who called illegal aliens “undocumented citizens”) is unmistakable, especially regarding prior statements from potential Presidential contenders compared to their current assertions. Malkin’s demand for secure borders – period – cannot be ignored, but neither can the questions about those who refuse to leave, who live here illegally.

Then there’s the latest piece by Conn Carroll, who slammed Walker on immigration: “There is no difference between Bush and Walker”. This controversial article, drawing tenuous connections between the former Florida Governor and the current Wisconsin Governor Scott Walker, demands a response (and a retraction).

Consider the misleading report of the Wassau Daily that Walker endorses a pathway to citizenship in 2013, when he merely suggested an openness to the idea, concerned conservative pundits neglect that he clarified his remarks:

Well, sure. With one correction, though, on immigration I talked about fixing the legal immigration system, not going beyond that.

Indeed, while serving as Chief Executive of Milwaukee County, he signed off on the pathway to citizenship reform. How many years later, he asserted to Chris Wallace on Fox News: “I have changed my mind.”

There is nothing wrong with changing one’s mind. Those who endorsed pathways to citizenship or DREAM act legislation have rejected those proposals following the negative consequences. Any critic who tars Walker with the “Romney flip-flop” card should review Walker’s red state improvements in a blue state. As for Bush, he governed a red state conservatively without great risk. Walker took over a blue state with badly managed finances, misguided priorities, and deep budget deficits.

Governing conservative in a liberal bastion, not only did Walker enforce collective bargaining, reforms, but he repealed in-state tuition for illegal aliens.

Among the many provisions in his proposed state budget, Gov. Scott Walker wants to repeal a law that allows some undocumented students to pay in-state tuition at public universities.

Wisconsin Public Radio highlighted the plight of one illegal alien in 2014:

She was able to pay in-state tuition because of a state law on the books when she enrolled, allowing it. Gov. Scott Walker, however, removed funding for the program from the budget soon after he was elected in 2010.

Walker removed this nightmarish policy. Texas Governor Rick Perry signed off on it, then doubled-down during the 2012 primaries. He lost. In 2009, New Jersey Governor Chris Christie pledged opposition to in-state tuition for illegal aliens, then pandered four years later. The Wisconsin Governor stood up to an international horde of labor unions. He defeated the state’s entrenched Democratic machine three times. Even when the New York Times demonized Walker, and illegal immigration activists still pressured him about reinstating in-state tuition for illegals, Walker stayed true to his decision in 2011, and ignored pleas to reinstate the misguided and immoral program.

Again: Walker neither pandered nor caved to illegal immigrant activists.

Instead of following the next chattering, twitch trend from bloggers free of facts or context, voters should not only ask tough questions, but seek thorough answers, and consider the actions and outcomes, the record as well as the rhetoric. Considering these parameters, Walker exceeds Bush on many levels, and the difference is crystal clear.