The Average Empire Survives for 250 Years. Is America at Death's Door?

Armstrong Williams
|
Posted: Jan 13, 2022 12:01 AM
Share   Tweet
The opinions expressed by columnists are their own and do not necessarily represent the views of Townhall.com. 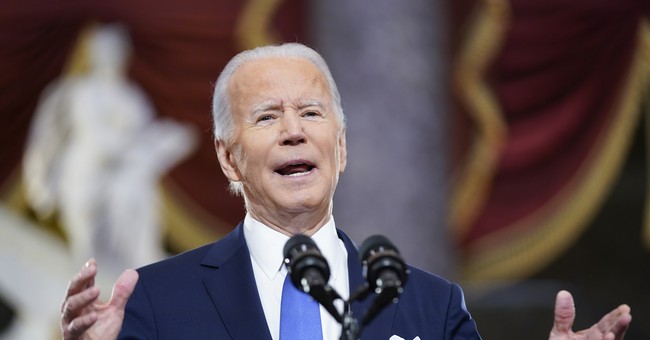 Studies show that an empire survives, on average, a mere 250 years. Did you know that?

To put that into context, the world's oldest person recently died at 124 years old; so, she lived nearly half as long as most empires do. Most Americans are unaware of this small but crucial statistic, which may suggest much about our country's future. It is past time for Americans to confront the painful reality that our time as a world superpower may be limited, and it is time to explore how to slow down what, frankly, is inevitable at some point -- that the United States' global domination will not persist indefinitely. This may be difficult to grasp and accept, but it has never been true for any civilization in the past, and it will never be true for any society in the future.

As we consider historical empires, it is worth noting that the vast majority of Americans do not regard the United States as an empire in the classical sense despite the fact that many people throughout the world do. However, for the purposes of this column, the United States, although being modern in every meaning of the word, does indeed qualify as an empire.

Since World War II, the United States has been primarily concerned with spreading democracy and freedom across the world, seeing itself as a sort of global liberator. In reality, the U.S. maintains over 800 military outposts and special operations groups spread around the globe. This is a critical consideration in determining where the United States belongs in the pantheon of former empires since, like those before it, it has been primarily interested in extending influence and power. This is not something that I mean as a criticism but rather as a contextual point. However, it is this overreach in the pursuit of continuous power and influence that frequently leads to empires withering, albeit slowly.

In 2026, the United States of America, founded in 1776, will celebrate its 250th anniversary. We're rapidly nearing the 250th anniversary of the fall of most previous civilizations. With ongoing internal turmoil ranging from race to financial disparity to political tribalism, and other countries gradually pulling away from the orbit of U.S.-led supremacy, it appears that the tides are turning against us. I fear that this mere statistic may soon become a reality that alters the course of our lives. After all, many citizens and politicians would celebrate our downfall, not realizing the perilous impact it would have on the freedoms they believe they do not have. I am not sure if it will be a huge international conflict, a financial catastrophe or a civil war that causes the United States to fall apart, but I do believe that learning from the past is critical if we are to slow down the inevitable.

As odd as it may seem, perhaps Chinese history and culture might teach our country something. Why has China survived for 5,000 years? What have they discovered that the rest of the world's great empires haven't? They have seen empires such as the United States rise and fall, and they have seen other dynasties come and go. If we are to defend our nation, I believe we must learn from our adversaries.

Being a part of an ancient civilization brings a number of benefits. The main thing I've noticed about China is that it has a distinct and complicated cultural value system that is embedded in the individuals who make up the country. The value system that defines what it is to be Chinese and what a Chinese society looks like has had an unusually long period of time to form. Their desire for knowledge and skill, as well as a cautious commitment to not overextending militarily, have proven crucial to their persistence as a country.

China is clearly interested in expanding its worldwide domination, but more so in terms of economics and finance than in terms of actual resources. They look to be primarily focused militarily on their own backyard while gradually advancing through technology the capacity to have global military reach if required. This is in stark contrast to the United States, which has endeavored to expand itself over the globe to as many places as it possibly can with raw manpower. All past empires seem to have struggled because of their exclusive concentration on worldwide military superiority. However, I think we need to rethink this. I think we need an ultra-advanced military that's not spread as thin, with the capabilities to be worldwide whenever needed. Additionally, we should focus on financial and economic dominance through trade, global finance and other monetary measures.

There are important lessons for the United States to learn, including the fact that it is not too late to save our republic. It has been demonstrated that if we learn from history, a great nation can endure and outlive others; the critical issue is whether we will do so before it is too late.