Our Global Leadership Is Declining

Armstrong Williams
|
Posted: Aug 27, 2021 12:01 AM
Share   Tweet
The opinions expressed by columnists are their own and do not necessarily represent the views of Townhall.com. 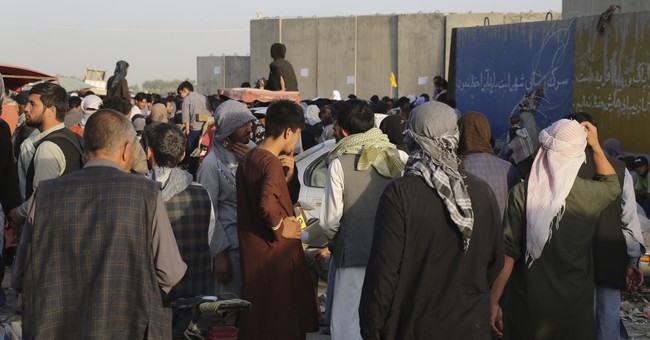 Where is American leadership in the world today? My sources on the ground in Afghanistan told me a grim story. The British and U.S. commanders got into a screaming match on the runway about the anticipated U.S. withdrawal from Afghanistan on Aug. 31. This led to an unprecedented rebuke by the British government and former Prime Minister Tony Blair. The Brits called President Joe Biden's actions "imbecilic," and said that the forces have a "moral obligation to remain" until all citizens and personnel are evacuated. The British are furious to say the least.

All of NATO wants the U.S. to stay at least until the end of September, as the fear that a withdrawal before Sept. 11 -- the 20th anniversary of the terror attacks on the twin towers -- will be a celebration in Kabul. The savage Haqqani clan, led by Siraj Haqqani and financed by Pakistan, is taking its place in the capital in anticipation. The Haqqanis are intent on committing massacres of anyone who was associated with U.S. military presence over the last 20 years. More so, they plan on celebrating the life of the terrorist Osama bin Laden. The Haqqani clan is coming down with nearly 6,000 ISIS and al-Qaida operatives.

Currently, American troops are controlling the Kabul airport but will not let people in, saying it is too dangerous. What is not being reported though is that those fleeing Taliban terror have no other choice. With the Haqqanis closing in and slaughter imminent, thousands of men, women and children are praying for their lives. Many of them are native-born American citizens who are being abandoned by the Biden administration and the American military. This is arguably the greatest moral failing in American history. My sources tell me that the Taliban is looking to punish us and push us out of the country by all means necessary. They want to scorch earth and show the world how weak our country has become, and Biden is just letting it happen.

The most saddening part about all this is that many U.S. citizens are not even in possession of their passports. Prior to initial departure, many citizens sent their passports to the embassy, hoping for an exit visa, but when the embassy evacuated, they burned everything inside -- including the passports. That means that thousands of American citizens no longer have any proof that they are even American. Now, the Taliban controls the embassy, so there is no way to even get anything processed.

The failure in the withdrawal lies in Biden's decision to evacuate Bagram Airfield in early July. The air base, built by the Soviets as a two-runway defensible air field, is no longer in American hands. Had the air base not been abandoned, all Americans and Afghan personnel could have easily been evacuated. Now all that is left is the Kabul airport, which is one runway right in the middle of the city and is easily defeated by enemy combatants. Given its location, the flight path is difficult in and out as well. The Taliban controls Bagram, but my sources tell me we can easily take it back. This can be done quickly; the 18th Airborne Corps is trained precisely to take over an airfield like this, but Gen. Mark Milley and Defense Secretary Lloyd Austin refuse to take the lead.

My sources tell me that the NATO summit in Brussels on Aug. 24 will be a bloodbath for U.S. leadership. The European nations are planning to rebuke publicly the U.S., Biden and Secretary of State Antony Blinken. They will lay clear that the U.S. is no longer in charge, and that the NATO body has the final say on all operations. More so, they plan on telling the U.S. to either "take it or leave it" -- meaning if we do not agree, we can leave NATO. They will tell Biden that NATO is in charge, and not him. It is a rapture. American leadership on the global stage is taking a fatal blow, and Biden is pretending like nothing is happening.

We all witnessed the horrors of the Vietnam withdrawal, but those on the ground in Afghanistan say this is much worse. In Vietnam, we were able to get everyone out. In Afghanistan, images and videos will be broadcasted around the world of American citizens and Afghans who assisted our military being slaughtered in the streets like they are animals. It will be a sickening sight and a travesty on behalf of the Biden administration.

I have covered seven presidents, and never before has there been anything as tragic as what is happening in Afghanistan today. I pray we can move past this, or we will watch as our nation falls to global oblivion.