Armstrong Williams
|
Posted: Apr 01, 2021 12:01 AM
Share   Tweet
The opinions expressed by columnists are their own and do not necessarily represent the views of Townhall.com. 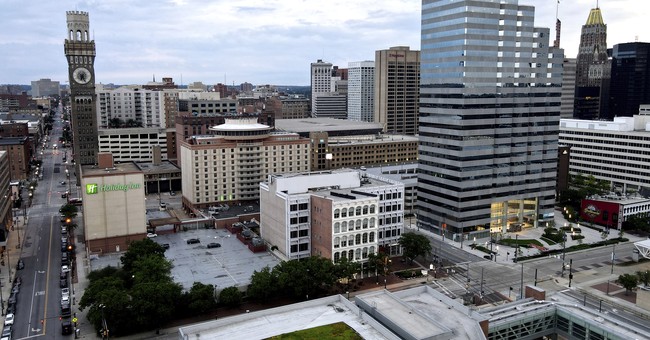 Imagine a society where prostitutes could solicit johns for sex just yards from police officers who did little more than wave them on their way. Picture yourself walking through a park with your children as a homeless person is free to urinate and defecate beside the park bench where he is stashing the illegal drugs he bought from a dope dealer operating openly without fear of the police.

Does that make you feel safe?

Welcome to the new Baltimore, where law enforcement will no longer be prosecuting what it calls "low-level offenses." These include possessing drugs or drug paraphernalia, trespassing, minor traffic offenses, prostitution, open container violations and defecating or urinating in public. The city announced the initiative last week after a year-long experiment to slow the spread of COVID-19 in the jails and prisons.

Many of these so-called low-level crimes include some of the very offenses that tear our society apart and make America sicker and more dangerous. It is simply unacceptable. We can't allow American society to disintegrate one city at a time.

I can certainly understand the challenges. When it comes to prison overcrowding and the desire to give people a second chance, possession of a small amount of drugs shouldn't necessarily warrant a lengthy prison term.

The answer is anarchy. If people can do whatever they want, whenever they want to whomever they want without punishment, society begins to fall apart. That is not the America we want for our loved ones.

I understand that Black Americans are disproportionately affected by high rates of incarceration. In fact, the imprisonment rate among Black people at the end of 2018 was nearly twice that of the rate among Hispanic people (797 per 100,000) and more than five times the rate among white people (268 per 100,000), according to the Pew Research Center.

It's a tragedy. It means an entire generation of Black children are growing up in single-parent homes with father figures behind bars. It's a breakdown of our nation's family values and family structure.

But we need to take a breath. Allowing people to commit crimes in order to reduce the jail population is simply not the answer. If that is the case, then what is the reward for the people who do the right thing, abide by the

We know from child-rearing that you have to offer rewards for good behavior and punishments for bad behavior. If there are no consequences, then how can a child learn to choose between right and wrong? Similarly, how can we expect people to make smart, conscientious decisions that are good for society if they know they can operate with impunity by prostituting themselves or possessing drugs? If we take away the punishment for selling sex on the streets, we are basically giving a tacit stamp of approval.

That is not what America is all about.

Yes, we have an imperfect society. Yes, we need to constantly strive to find new and innovative ways to make this a better place, but erasing accountability for illegal behavior and legalizing actions that have been deemed unacceptable for a reason is not the right recipe.

Baltimore should be ashamed, because its officials are essentially pushing a policy that is going to further damage that city, its residents and the overall moral character of Baltimore. The city already closed out the year with well over 300 homicides in 2020. But to quit prosecuting crimes that tear at the moral fabric of our society will not make this city a safer, more appealing place to live.

Rules are not meant to be broken and neither are our laws. We need the rule of law to maintain a civil and respectable society.