Impeaching Trump Is Petty and Useless

Armstrong Williams
|
Posted: Feb 04, 2021 12:01 AM
Share   Tweet
The opinions expressed by columnists are their own and do not necessarily represent the views of Townhall.com. 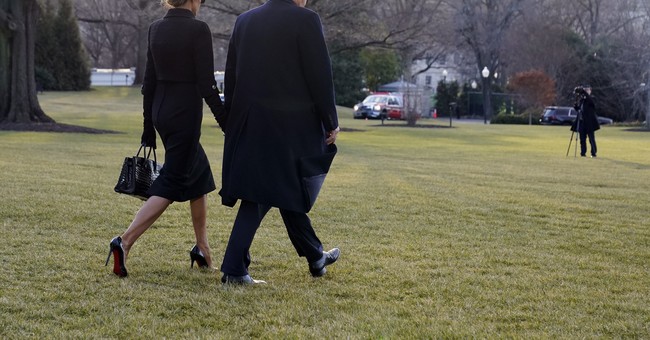 The election is over; Joe Biden is in the White House; and Donald Trump has returned to his home in Florida. While vocally unhappy with the outcome, Trump didn't refuse to leave Washington, which was suggested as a remote possibility by Forbes senior contributor Jack Kelly. In the wake of the election, Trump has been banned from every major social media site and, as of now, has remained remarkably quiet. It goes without saying that losing isn't what he wanted, and I'm sure he's still dealing with his new reality of being a former president. But just as it's his reality, it is also ours, which begs the question: Why are Democrats and some journalists and pundits still obsessing over Trump?

For some inexplicable reason, Democrats in the House of Representatives and the Senate can't seem to move beyond Trump, despite maintaining the House and winning the Senate and the presidency. They assured the American people that if they were to win, their primary focus would be governing, but clearly, that isn't the case at all. Instead, just a few weeks into the new term, their primary focus appears to be embarrassing former President Trump and playing partisan politics.

President Biden campaigned on the promise of restoring America's soul. If his purported goal is to be believed by all Americans of every stripe, then he must ask his party to move on and to focus on healing the country from the wounds of the recent election, arguably the most contentious in modern history. Not only is there no legal precedent for impeaching Trump after he's left office, but attempting to do so doesn't signal a wanting to heal the country, nor does it help move us forward. Instead, it's a divisive political stunt by Democrats that will do nothing but enrage Republicans and Trump's base, who are finally beginning to accept the reality that Trump is now a former president.

This impeachment is nothing more than political pettiness, and it makes the Democrats look childish. Despite winning, despite the political winds blowing against their sail, it's still not enough; that is how some Americans will interpret their obsessive focus on impeaching a former president. It certainly won't sit well with independent voters come the 2022 midterms and the 2024 presidential election. It will appear that Democrats are going after Trump despite winning; it will come off as purely political and not in sync with Biden's goal of bringing the country together.

From the moment Trump was sworn in, Democrats and the media talked about how divisive Trump would be for America, and this was repeated throughout his term. Despite no longer being president, that message continues. A recent CNN piece stated that Trump left the nation at its most divided since the Civil War. The Civil War -- the one that nearly destroyed our young nation and left 620,000 dead -- that divided? We're nowhere near as divided as that moment, and to make such a comparison is precisely why so many Americans have, frankly, lost faith in our media and political system as a whole. It is for this reason that Trump was ever elected, and if the Democrats want to continue their success in elections, they must course-correct!

Going after Trump is fruitless and yields nothing for Democrats or America. However, if Democrats decide to keep this up, it will cause the House to swing back to Republicans, and it will diminish Biden's ability to govern, as he'll likely lose the trust of those who supported him. Americans forgive, and while it may take a while for many Republicans to adjust to this new reality, they will. Despite differences, they'll give Biden the benefit of the doubt to do what's in the best interest of the country. However, continuing down this path will destroy the chance of that ever happening.

I want to see this nation united just as much as the next person, but I also understand our current predicament and just how volatile things still are. Democrats and the media should leave Trump alone and allow him to move on and decide what his next venture will be. There's no need to keep living in the past; now is the time to let go and let bygones be bygones. This is what will help bring America together, Republicans and Democrats. Reach across the aisle and tell those Americans still angry and upset that it's going to be OK and that we have to move forward for the sake of our nation. However, a big part of that is leaving the former president alone. If Biden, the Democrats and the mainstream media are able to do that, we can genuinely trust that they want to unite Americans; but doing anything differently will only pour fuel on the fire.