Armstrong Williams
|
Posted: Jul 19, 2018 12:01 AM
Share   Tweet
The opinions expressed by columnists are their own and do not necessarily represent the views of Townhall.com. 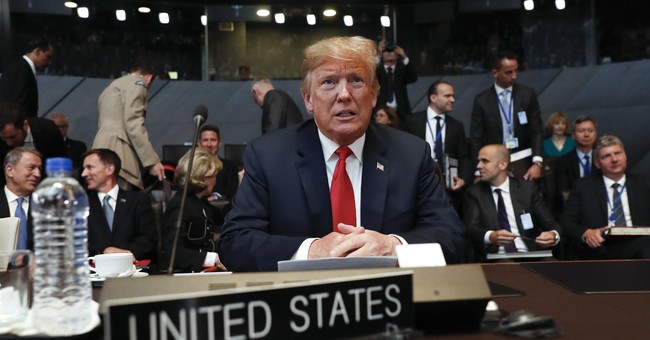 It is already all over the "fake news" that President Trump openly criticized the FBI and the rest of America's intelligence community during his meeting in Helsinki this week with Russian President Vladimir Putin. Except that it wasn't fake news, the president actually went on live television on foreign soil and did just that.

It is one thing to criticize what the president has termed a "witch hunt" into his campaign's alleged ties with Russian operatives attempting to influence the 2016 election. Certainly, there are justifiable reasons to suspect the Mueller probe has exceeded its mandate and gone fishing far and wide for crimes that do not fit the scope of the investigation. But it is quite another thing to go before the leader of a foreign adversary, Russia, and openly chastise the entire U.S. intelligence community.

Such a show of disunity and disrespect for American patriots in an international forum is hardly a demonstration of U.S. strength and resolve. Reportedly, the president decided to flatly ignore the recommend course of action prescribed by his national security and foreign policy advisers, seeming to go it alone in Helsinki with an attempt to ingratiate himself with Russian President Vladimir Putin at any cost.

Only days before, the president saw this fly by the seat of his pants approach to foreign affairs backfire when he gave an audience in Singapore to North Korean leader Kim Jong Un. This was the first time in over three decades that a U.S. president has met directly with a North Korean leader, and in doing so, Trump handed Un an impressive public relations victory. Pleasantries were exchanged and photo-ops taken. But in the aftermath of the meeting, the North Korean government immediately broke assurances that it was suspending its nuclear weapons testing programs.

North Korea then spurned follow-up meetings with Secretary of State Mike Pompeo last week, fueling stark speculation that the overtures made by Trump in Singapore were not likely to result in substantive talks about moving forward toward denuclearizing the Korean Peninsula.

The motive behind the president's unorthodox foreign policy dealings seems to be a burning ambition by the president to reduce America's military and financial commitments abroad, a misguided approach to putting "America First" as he has promised. The methods by which he is going about attempting to do so seem hurried, ill conceived and at times, downright reckless.

To compound matters, in addition to cozying up to foreign dictators like Putin, Un and Philippines strongman Duterte, Trump has been rude to our time-tested allies, potentially damaging America's relations with the G-7, NATO and the EU.

President Trump cut his attendance at the G-7 short after getting into a spat with Canadian President Trudeau, accusing him of being weak for criticizing recent U.S. tariffs on imports from Canada. He openly criticized UK President Theresa May on the eve of his visit with her in London, lambasting her handling of Brexit and threatening to abandon a bi-lateral trade deal with the UK if it entered in a deal with the EU. In fact, he called the EU a foe along the lines of China and Russia for its trade restrictions on U.S. goods and services, which is an outrageous comparison on its face.

With friends like Trump, one may wonder, who needs enemies? A clear pattern is emerging about our president's conduct. He seems to have no problem openly insulting our allies, while at the same time failing to confront our adversaries on issues absolutely critical to U.S. national security.

So starkly opposite the U.S intelligence community's stance on Russia were Trump's comments at the joint news conference with Putin on Monday, that his own Director of National Intelligence, Dan Coates, was forced to issue a terse statement reiterating U.S. concerns over Russian election meddling and other security threats.

Why, one wonders, is Trump so inclined to praise strongmen and dictators who are enemies of democracy and human rights? Why do Philippines President Duterte, who is alleged to have killed hundreds of people in extrajudicial police killings; Kim Jong Un, who as President of North Korea has overseen the starvation, imprisonment and slavery of millions of North Koreans; and Vladimir Putin, whose country has imprisoned and killed critics, deserve fawning affection from America's commander in chief?

Despite whatever tactical gains are to be made from attempting to engage these despots in diplomatic talks over denuclearization or strategic alliances in the Asia, the downside of publicly praising them only emboldens their nefarious behavior and makes the world a far more dangerous place.

The Roman Emperor Cicero once said," A nation can survive its fools, and even the ambitious. But it cannot survive betrayal from within." Trump's behavior certainly raises questions about whether America is being imperiled by domestic disunity and lack of regard for standards of collaboration and cooperation among those entrusted with the nation's security.

Trump's public comportment in Helsinki was seen by many, even within Trump's own party, as having gone far beyond the pale. It is one thing to be ambitious in seeking to put America first, getting better trade deals and reducing foreign entanglements. It is quite another altogether to give away the whole store and to leave the U.S. exposed to foreign meddling in its domestic affairs.

What in the world is going on with this president? Is there a method to the madness here? Or is this simply madness?