Armstrong Williams
|
Posted: Feb 22, 2018 12:01 AM
Share   Tweet
The opinions expressed by columnists are their own and do not necessarily represent the views of Townhall.com. 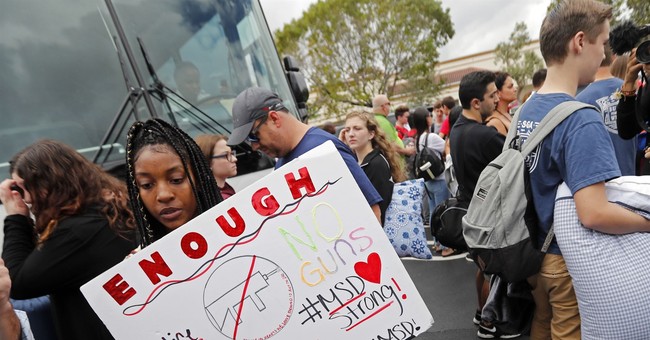 The reality is that if we knew what leads to mass shootings at schools, the problem would already have been resolved - sadly, we don't. We need to address all of the factors that contribute to these circumstances, methodically and as part of a systemic approach, not as a series of bullet point solutions.

Are guns to blame, or is it mental illness that's often overlooked? This is the reoccurring question that we as a nation ask ourselves when innocent children die in school mass shootings. Are we really serious about minimizing the most dangerous places for violence in America? What is our priority? Parents want to see change that leads to overwhelmingly positive outcomes, not the political rhetoric and grandstanding that often shape these conversations.

Within hours of the Florida shooting, some on the left were quick to call for massive gun control, arguing that it could have prevented what occurred. However, no evidence suggests that is ever the case. For example, Chicago has an assault-weapons ban in Cook County, and at one point, even banned handguns in the city limits altogether until a 2008 Supreme Court ruling.

However, despite Chicago's strict laws on the types of guns an individual can have, or even its attempts to outlaw guns in the city altogether, there were more than 4,000 shooting victims in the city of Chicago in 2016 according to NPR, and the city continues to suffer from a massive amount of gun crimes.

A study by the University of Chicago crime lab titled: "Gun Violence in Chicago, 2016" noted that the number of homicides sharply rose, a majority of which were the result of gun violence. Despite their attempts, gun crime in Chicago continues to be a major problem, which indicates that restricting guns isn't the issue, but a lack of opportunity in places like Chicago and mental illness in places like Florida should be where we place our focus. Much of mental health issues are related to how children are nurtured and how trauma is dealt with in the home.

Friends, co-workers, neighbors and even the family that took the shooter in knew he had been troubled all of his life, just like those before him who have committed similar mass shootings. Throughout high school, instead of the eventual terrorist being suspend or expelled, school officials and family members had the option to seek institutional treatment. Professional help would have voided him of his ability to legally purchase a gun, which could have at the very least prevented the carnage. While no violence committed is ever guaranteed when a person wants to cause harm, mental help early on could have been a viable solution.

Why did the media unfairly lambast President Trump for accurately laying blame with parents and everyone else? Why is it that we do not want to do the emotional digging of exposing parents and their lack of parental controls in the household? Why is it we cannot talk about the fact that there are places such as New York, where if you even yell or discipline your child, the child can file charges against the parent? Why is there never a discussion to revisit laws that make it difficult for parents to properly discipline their children?

Granted, the families of these lethal killers are victims, too, and environment does play a vital role in the mental and emotional stability of everyone. For this individual and more like him that will soon unleash their mental instability on innocent people, making the schoolyard the true warzone of America, they desperately require psychological help sooner rather than later.

However, the questions must be raised: why didn't they do more to seek out treatment for this individual? A clinical psychologist says that if you haven't made your child, by the age of four, the type of child that other kids want to play with; then, you've failed as a parent and that child's life is going to suck in exponentially worse ways as they age.

It cannot be emphasized enough that there is a direct correlation between the arrival of social media and the number of mass killings at our schools. Young people's socialization skills are lacking and many family members feel helpless and see no recourse. The mental and emotional issues of their children is taking its toll and parents and the community have lost the battle.

Many families are privately confronting troubled kids and don't know what to do or where to look for help. We as a nation must pull back the veil and empower families and communities with the tools to minimize the damage of mental illness. If we don't, Florida is certainly the outcome of what's in our future. More deadly, more reckless and resulting in more children dying for no reason at all.

Literally Thousands of Doctors and Scientists Have Come Out Against Fauci’s Lockdowns Including a Nobel Prize-Winning Biophysicist. The Media Just Doesn’t Want You to Know
Redstate
Groundbreaking: Scientists create an air filter that kills the coronavirus
Hotair