Attack Near Mosque Shows Terrorism in All Forms Must be Condemned

Armstrong Williams
|
Posted: Jun 19, 2017 12:00 PM
Share   Tweet
The opinions expressed by columnists are their own and do not necessarily represent the views of Townhall.com. 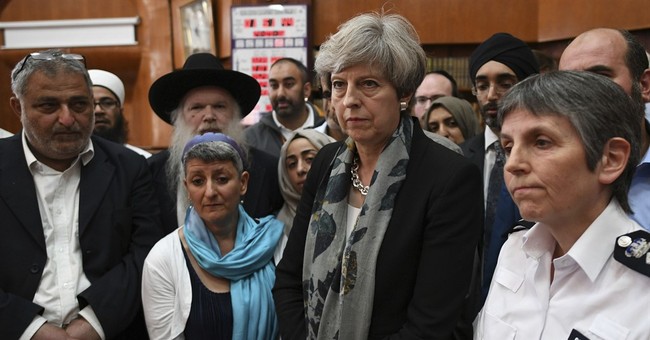 Americans are awakening this week to news of yet another terrorist strike in London, the British capital.  While the story will continuously develop, early indications are that the victims were Muslims targeted by a man and his associates who deliberately drove their van over the victims.

While we await the final conclusions of police investigators and will undoubtedly learn more in the coming days about the details of the attack, it is not too early to declare this a vile terrorist strike that should be condemned in the strongest terms.

Recently our TV production crew were actually in London at the very location where blood was spilled today.  We visited the Finsbury Park Mosque, where at least one person was killed and a number of others were injured.

The mosque’s Imam Mohammed Kozbar reportedly played a key role in ensuring that the van’s driver will be brought to justice.  The imam is said to have bravely stepped forward to insist that the enraged citizens who pulled the man from the van held him down until police arrived rather than beating him to death.

Just weeks ago I had the opportunity to interview the Chairman of the Finsbury Park Mosque, who was a gracious host.  I was the first member of the foreign media in years to be invited into the mosque for an interview.  I found him to be a respectful and learned man, and appreciated the opportunity to ask tough questions in a place which had previously been at the epicenter of U.K.-based support for radical Islamic terrorist groups.  Imam Kozbar talked extensively about  al Qaeda operatives "shoe bomber" Richard Reid and Zacarias Moussaoui, who were radicalized at Finsbury mosque before he assumed leadership.  He spoke painstakingly about the difficulty and challenges in finally cleansing the place of worship from Terrorist.  It was riveting listening to his arduous process  in finally earning the trust and respect of the U.K. Government, London law enforcement and the community.

As I sat watching the news stream in from England last night and today I immediately felt myself flooded with the memories and emotions that accompanied news reports of a mass shooting at a church in my home state of South Carolina.  In that attack, innocent Christian worshippers were ruthlessly shot to death, including my cousin the Reverend Clementa Pinckney.

When will this madness end?  As members of the human race we can and must do better.  We are all God’s children and he alone should be the one to sit in judgment and to decide when the time has arrived to take us from the Earth.  No man has that right.