Armstrong Williams
|
Posted: May 23, 2017 12:01 AM
Share   Tweet
The opinions expressed by columnists are their own and do not necessarily represent the views of Townhall.com. 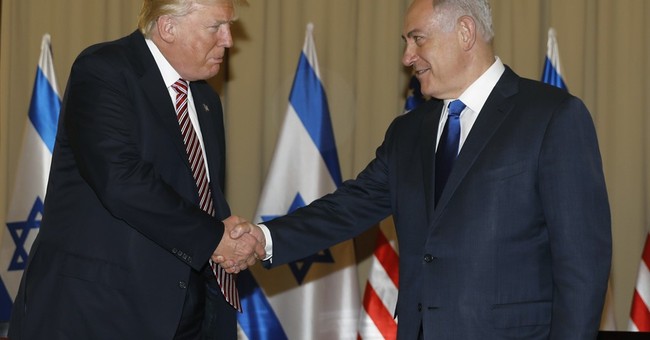 President Trump is only hours into his first trip to Israel as President of the United States, but the images being broadcast around the world from the Jewish state deliver an unmistakable message: the United States and Israel are partners who stand together.

It’s an important message that will have consequences for both nations.  For those of us who recognize not only the strategic interests that bond the United States and Israel, but the deeply rooted values of freedom, democracy and human right, the sight of President Trump in Israel is as inspiring as it is comforting.

During the previous eight years of the Obama administration the relationship with Israel was not treated with the care that it demands.  While intelligence sharing, military cooperation and other aspects of cooperation continued apace, President Obama never missed an opportunity to sow distrust and to insult Israeli Prime Minister Netanyahu.  Thankfully, with President Trump in the White House, the relationship will be restored to its rightful place.

It is clear that great work went into ensuring that the various optics of this trip to Israel were stage managed carefully.  As Air Force One touched down, Prime Minister Netanyahu and his wife waiting on the tarmac beside a red carpet to personally welcome President Trump.  The handshakes and smiles were genuine, and it was clear that these are two men who know one another, and respect one another.

Later, at a ceremony with Israeli President Reuven Rivlin in Jerusalem, President Trump reiterated his message that the United States and Israel are united.  In any close relationship, there must exist a degree of give and take.  Case in point, when President Trump was shown an almond tree that was planted in honor of his visit with the Biblical passage to “pray for the peace of Jerusalem” he asked that the commemorative plaque be updated to include the words “pray for peace in Jerusalem.”  Israel’s President immediately announced that the update would be made.

During the next two days, there will be many more iconic images of President Trump in the Holy Land.  It’s not just in America that many people are transfixed by what they see: the entire world is watching.  And for anyone tuning in it is clear to see that the United States and its ally Israel will move forward together in a spirit of mutual respect and brotherhood.  Optics matter—and pictures are worth a thousand words.  The enemies of America and Israel, as well as our friends, should take note that the greatest superpower in the world stands firmly at the side of its vital ally Israel.