Armstrong Williams
|
Posted: Nov 18, 2016 12:01 AM
Share   Tweet
The opinions expressed by columnists are their own and do not necessarily represent the views of Townhall.com. 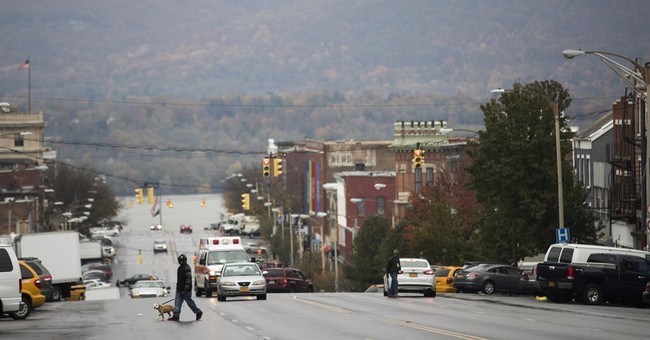 I recently had the wonderful opportunity to appear in the two-part series:

A revolving door of poverty persists despite the Great Society programs of President Lyndon B. Johnson and over one trillion dollars spent on alleviating poverty since the 1960's.  With all the policy and resources directed to eradicating the problem, those living in our marginalized communities seem to be faring even worse. Our inner cities continue to be plagued by violence and lack of clear paths upward.

Even as we celebrate the historic accomplishment of our first black president and his inspiring legacy, we still have an obligation to critically assess the overall progress of the black community. Certainly there are major areas of concern to be found.

For example: HBCU’s have struggled under President Obama, brought about by significant changes to the credit requirements for student loans and changes to Pell Grants. These financial and structural headwinds make it challenging for many African-Americans to gain access to higher education. In a society where a college degree is virtually mandatory passport to achieving the American Dream, making education less attainable does not seem like a recipe for success. It is almost as if President Obama believes HBCU’s no longer serve a vital purpose amidst integration at top national universities. Nothing could be further from the truth. Many of these land-grant historically black colleges and universities are key resources for talent and institutional infrastructure – critical components of any path forward.

Progress has indeed been achieved over the past 50-years but one wonders whether we have hit a metaphorical brick wall or even regressed in some respects.

While many are still struggling to attain their piece of the American pie, there is hope. Movements like Black Lives Matter have attempted to bring attention to these issues, highlighting in particular criminal justice reform and police brutality. While many can without a doubt can constructively critique some of their antics, they are certainly voicing a legitimate critique of our society as a whole.

The message and theme of the two-part television series on Black America highlight the barriers to true equality, but also point to a path forward. While progress never happens overnight, faith, belief and directed action towards progress form a bridge to a better future. Let us not then be prisoners of the possible.  For our historical legacy as strivers in America surely proves that the arc of history also bends towards progress.