Why is America Emboldening Iran?

Armstrong Williams
|
Posted: May 03, 2016 10:44 AM
Share   Tweet
The opinions expressed by columnists are their own and do not necessarily represent the views of Townhall.com. 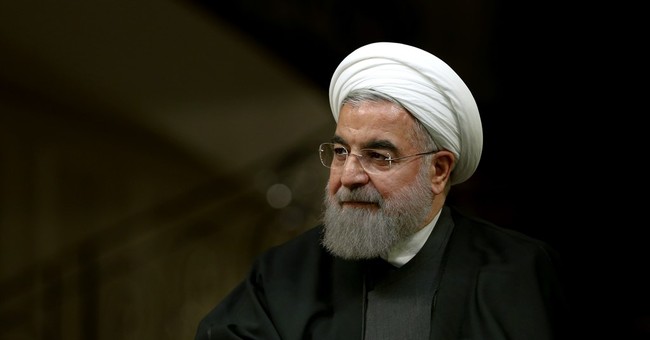 You would think that when one country openly calls for the destruction of another country, the latter would not help the former achieve its malevolent goal.

So why, when Iranians chant “Death to America!” in the streets, and proudly proclaim their hatred of the Western world, would the United States do anything to aid Iran in acquiring a nuclear weapon – a weapon that would be used to threaten our nation and our allies?

President Obama considers his disastrous deal with Iran to be a great legacy achievement, the hallmark of his time in office on the foreign policy front.

Over the protests of Congress and despite abysmal approval ratings from the American people, the Iran deal was put into place in trademark Obama style: alone and with arrogant dismissiveness of those who dared to question the wisdom of his Administration. Now, as his tenure as President comes to a close, the Administration is expressing concern that the deal may not be maintained under a future president.

The Iran deal was bad from the start, and is rotten to the core. Every time you think it cannot get worse, it does. This deal does nothing but embolden Iran and all of our other enemies.

The deal gave Iran access to $100 billion it was unable to use before. It got rid of international sanctions, and despite promises to the contrary, there is no way to restore them in a meaningful capacity. The deal gives Tehran’s terrorist leaders freedom to travel the world. It allows them to continue enriching uranium and controlling what sites get checked by nuclear inspectors and when. The Iranians are gaining increased access to the U.S. financial system and to our currency.

And what, exactly, did the United States get for all of these concessions?

We got an emboldened adversary that now knows that the United States will capitulate as the mullahs continue to threaten world order. We got renewed support for the murderous regime of Bashar al-Assad in Syria and even more support for Iran’s terrorist proxies throughout the Middle East including Hezbollah and Hamas.

We got ballistic missile tests threatening Israel, our closest ally in the region. One of these missiles even had Hebrew writing on it pledging to destroy the Jewish state.

The central argument for the deal was that engagement would moderate the Iranian leadership. There was absolutely no reason to believe that would be the case during negotiations and now it has been proven totally false.

We need more than halfhearted words claiming that this deal will prevent Iran from obtaining a nuclear weapon. It won’t and everyone knows that. Iran is more dangerous than ever, and the Islamic Republic continues to pose real threats to the United States and our allies. If the Obama administration claims Iran is not violating the terms of the deal explicitly, then that illustrates that the deal is woefully inadequate.

In a recent interview, President Obama made clear that he believes the United States should disengage from the world and let our allies fend for themselves. This is a deadly philosophy, and it shows a fundamental misunderstanding of our role in the world. He is right that America cannot be the world’s policeman. But he is wrong that we are helpless when it comes to defending our values and advancing our interests.

Hopefully the next president will have the sense to reframe our budding relationship with Iran and treat the Supreme Leader and his ayatollah cronies like the despots they are. Because if not, then the world will pay the price for America’s passivity.