Retrospective on a Year of Intransigence and Volatility 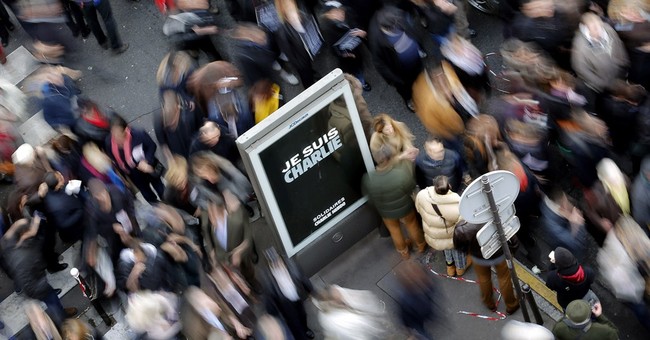 By all accounts, the political arena has proven to be full of surprises in 2015. We’ve witnessed the improbable and inexorable the rise of the outsider candidate, as first-time office seekers Dr. Ben Carson and business mogul Donald Trump have lead the Republican Primary for the better part of the year. The foregone assumption that Hillary Clinton would rise uncontested to lead the Democratic field has also been challenged by the improbable left-flank insurgency of Vermont Senator Bernie Sanders.

But the agitation in the political arena belies a lingering ambivalence on the part of the American public towards politics as usual. Inter-party partisanship that has raged since the first congressional budget ceiling debacle in 2011, in which Congress actually failed to pass a budget and caused the country to teeter all too closely on the precipice of financial default. Since then, the country has largely been left to muddle in a sort of societal purgatory with nothing underfoot and nothing in sight to save an impalpable greyness. The country seems truly set adrift, with no firm direction and no promise of a way forward through the dense fog of internecine conflicts. People are demanding better leadership.

The political doldrums also extended to the economy. While the Obama administration hailed top line employment figures that should signal a full recovery from the lingering Great Recession, the Federal Reserve Bank has observed that slack in the labor market signaled by all-time low labor force participation poses a major obstacle to economic growth. Despite hitting its employment goals for the past two quarters, the Fed has refused to raise key interest rates to normal levels, citing labor market slack and volatility abroad as aggravating factors.

The world front, in stark contrast to the stagnant domestic front, has been marked by extreme volatility. Two major terrorist attacks in Paris and a foiled terrorist tack on a train in Belgium have occurred over the past year. The first attack, which targeted the headquarters of Parisian satire magazine Charlie Hebdo and killed twelve innocent civilians, put Europe on notice that Islamic extremism poses a clear and present menace. The global attention garnered by the Hebdo attack has been credited by some as emboldening extremist groups to up the ante and carry out even more ambitious attacks. It also belied President Obama’s characterization earlier this year that, in contrast to other terrorist groups, the self-proclaimed Islamic State is a mere ‘JV team.’ As the latest attack on a series of targets in Paris that resulted in the death of dozens of innocent civilians clearly proves, ISIS is capable of major league terror.

The year also marked the expansion of the war in Syria and Iraq. Also contrary to President Obamas claims, neither ISIS, nor the war in general has proven to be contained. Russia, sensing a leadership vacuum in the region, stepped up its involvement in the Syrian conflict, bombing what it says are terrorist enclaves; the West has insisted Russia has targeted moderate anti-Assad rebels. The amorphous term ‘moderate’ rebels has been bantered about so much in the media without any demonstrable proof of any such force existing that the public has largely lost faith with the Obama administration’s cerebral paralysis.

Russian President Putin has not hesitated however, and Russia’s entrance into the conflict has dramatically altered the calculus. It has bolstered besieged Syrian President Bashar El Assad’s tenuous hold on power, and dramatically raised the risk of an international incident occurring that could drag in NATO and the U.S. to a commitment of forces not of their choosing. In fact, it already has done so. Turkish-operated, U.S.-supplied F-16s shot down a Russian war plane that had been targeting alleged ‘terrorists’ along Syria’s Turkish border, sparking a major escalation in hostilities as well as the possibility that NATO (of which Turkey is a full member) will have to either defend Turkey or respond militarily to possible Russian reciprocation. The stakes for further proliferation of conflict could certainly be no higher in the region.

Pivoting briefly back to the domestic front, the culture wars have also erupted, like brush fires amid the arid California timberland. In the wake of a Supreme Court Ruling sanctioning same-sex marriage nationwide, states and localities have attempted to carve out special exemptions for individuals and small business that object to the practice on religious grounds. This comes on the heels of the ‘Hobby-Lobby’ cases last year which permitted a religious exemption for the provision of insurance coverage of birth-control by certain organizations affiliated with Religious groups. A self-styled conscientious objector, Rowan County, Kentucky Clerk Kim Davis refused to issue marriage licenses to same-sex couples in the wake of the Supreme Court’s ruling and was briefly jailed for refusing to comply with a judge’s order that she do so. She became both a cause-celebre and a political hot-potato, with some Presidential candidates jockeying to champion her cause, while others sought to minimize their involvement in what eventually became a political circus.

All in all, this year has been a year of characterized by both intransigence and volatility. An American public distracted by its own political drama has largely ignored the broader world, which has not proven to be the tame, contained beast that was promised. The Obama administration seems to be bent on plodding a course of retreat amidst a rapidly advancing Islamic extremist threat, despite the dire implications of that strategy for long-term peace and security in Europe, the Middle East and ultimately the American homeland.