To Curb Chiraq Violence, Bring In The NOI 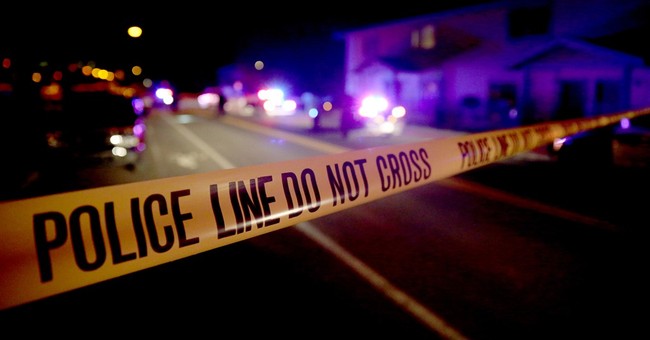 This past Monday evening a family of six were gunned down as they returned to their home, killing a pregnant mother and grandmother, and wounding two children, including an eleven month old baby. Last weekend marks the second weekend in a row when over fifty people have been shot on the streets of Chicago.

Mayor Rahm Emanuel and the Democratic leadership in Chicago continues to run around in a daze, denying the obvious, and blaming the problem on guns laws to deflect from the real issues. The crux of the issue is that in Chicago, entire communities have completely disintegrated from within. Effective leadership at the local community level is sorely lacking, as are present fathers and strong family structures. The vicious cycle shows no sign of abating, as gangs of fatherless children and young adults raised by the prison system are left to fend for themselves and form their own fractured and violent facsimile of a social structure.

The situation in Chicago is so desperately broken that alternative solutions bears considering. One of the few sources of strong leadership in many of these communities is the Nation of Islam. The NOI has long endured controversy over allegations that it is a virulently anti-Semitic and extremist black-nationalist group. The inflammatory rhetoric of some of its leaders – including its current leader Louis Farrakhan – lend credence to such claims. These extremist elements of the NOI should be sternly and unequivocally condemned.

On the other hand, more moderate Muslims have made it a point of standing up for their communities. David Muhammad, a retired mechanic who lives in the West Side of Chicago was featured in CBS 48 Hours documentary War In Chicago for his work in documenting drug dealing in his neighborhood. For over a year, Mr. Muhammad recorded live video of an open air drug market that had set up shop in front of a Baptist Church, and posted the videos to YouTube. The radical strategy garnered Mr. Muhammad scores of death threats from pissed off local drug dealers, but the spotlight ultimately proved more than they could endure and they eventually moved on. Some might be perplexed as to why a Muslim would risk his life protecting Christian worshippers, but for Muhammad the answer was simple – “It's a Baptist church. But in Islam we're taught to protect all institutions of God. So it was like a slap in my face for them to deal drugs right out of the door of the Church."

Security firms affiliated with the NOI began informally patrolling communities beset by violence in the late 1980s and proved quite effective in several cities – including Washington, DC, Baltimore and Chicago. The basis of their presence was establishing respect among the community and serving as a presence teaching young men how to carry themselves with dignity. A largely unarmed force they were able to achieve consistent and dramatic reductions in violent crime in the neighborhoods they patrolled. Ultimately security firms affiliated with the NOI entered partnerships with the US Department for Housing and Urban Development (HUD) to guard HUD-operated government housing projects in several cities.

Although few complained about the NOI’s effectiveness in reducing violence and crime, their relationship with HUD created a political firestorm that resulted in the rescindment or non-renewal of most of their government contracts. Most notably, in 1995 HUD abruptly cancelled an NOI-affiliated firm’s security contract to secure Baltimore public housing buildings – citing bidding irregularities and other violations which were widely viewed as a smoke screen for a political battle that raged in Congress over the NOI’s anti-Jewish rhetoric.

Tenants of the city’s seven high rise public housing projects complained bitterly. Wells Fargo Security, a competing firm which was eventually granted the security contract, drew the ire of residents who complained that crime, vandalism and violence had skyrocketed within a mere two months of the takeover. Within two years Wells Fargo’s contracts were also cancelled and the firm was chased out of town amid a rapidly disintegrating quality of life in the city’s housing projects.

The fact is the NOI brings things to the table that other private security firms and the police don’t - credibility within the community. The NOI is one of the few community-based organizations that actually recruit in the prisons and also offer transitional services to ex-offenders. One of the problems cited by HUD with regards to the NOI’s Baltimore contracts was that it had hired ex-offenders as guards. But this was actually a strength. The NOI had in fact cleaned up ex-offenders, taking them off the streets, getting them off drugs and instilling them with discipline before redeploying them in neighborhoods where they were known and now respected.

All the kings’ horses and all the kings’ men have given it their best and yet violence in Chicago remains an ongoing tragedy that has shown no signs of abatement. It is time Chicago take the next practical step in partnering with moderate members of community-based organizations with proven track records of curbing violence and crime. While we should condemn bigotry and extremism in all forms, this should not deter us from engaging with more moderate members of the Muslim community to develop constructive, community-based solutions to address the acute problems Chicago is facing. Certainly there is some middle ground to be found in a city that is being torn to shreds in the absence of sane leadership and mutual cooperation.