In London, A Tale of Two Europes 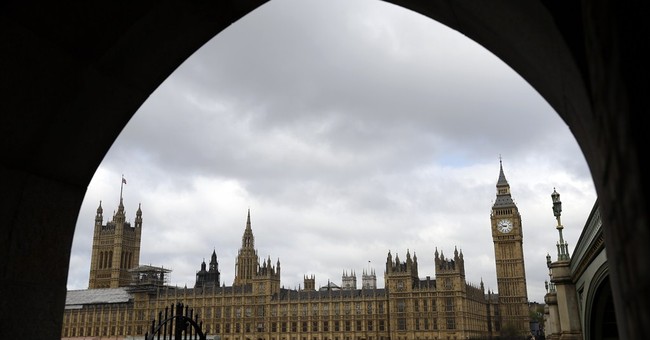 My most recent trip to London was probably one of the most enjoyable and enlightening since I began travelling to Europe during the summers over 20 years ago. My previous trips had focused mostly on the Romance countries, France and Italy, which I also love and revere. But as a Washingtonian and somewhat of an American lover of history, visiting London had special significance.

One of the most notable features of the city from the perspective of an American is coming face to face with monuments and memorials to some of the great figures of world history. Visiting Charles Dickens’ grave in Westminster Abbey brought it all into focus. The Abbey is the final resting place for over three thousand British notables and has played a central role in the investiture of Royals since 1066. Being this up close and personal to such a long and revered legacy was awe-inspiring, especially considering we live in a country in which the oldest monuments are less than 300 years old. Visiting the British parliament was a real treat because you realize that this is the birthplace of the form of democracy that has made America so great.

But the other thing that really struck me about London was that it is truly the most cosmopolitan city I have ever visited. It is stocked full of people from all over the world – Asian, Middle Eastern, African, Caribbean and all over Europe, Russia and the Americas. The City, which is an incorporated district in the middle of London, is home to London’s financial center as well some of the world’s wealthiest people. Conspicuous spending is back, with every conceivable luxury boutique apparently doing a brisk business. I witnessed one middle eastern man spend almost 65,000 pounds on three handbags at a Bally store in the City. Residences there have become so decadent and opulent in recent years that the entire City is practically off limits to common Londoners – a fact that is not in the least lost on them.

Shockingly, less than three miles away on the outskirts of London, there are big pockets of unbelievable poverty. Conditions for the poor in London appear to reflect a worsening class divide in Europe as a whole which has seen its social safety net erode significantly in the face of the past decade’s economic turmoil. While London is unquestionably one of the wealthiest cities in the world, it has the highest poverty rate in England, with over a quarter of the population living below the poverty line. For the most part the level of impoverishment is hidden from the public – at the least the tourist American public – and is increasingly being disbursed to the outer suburbs of the city, as even the traditionally poor areas of East and South London have experienced skyrocketing housing costs.

London is increasingly reflective of a bifurcated and stratified Europe. Europe’s experience in the aftermath of the great recession was in many ways far worse than in America – some countries like Greece and Portugal experienced unemployment reaching as high as 50 percent. Germany, Monaco and the Scandinavian countries went largely unscathed due to their more conservative fiscal policies. And the resultant situation in Europe resembles somewhat of a barbell. There has been a massive increase in the poverty level overall in Europe, which has persisted even as the European economies have recovered from the recession. But there are also increasingly pockets of immense wealth – especially in major cities like London, where people who have the means have escaped the political turmoil and oppression of their respective countries and sought refuge in a gilded cosmopolitan enclave that looks less and less like old Europe and more like Disneyland.

In London, for the first time in modern history, the percentage of the middle class has sunk below 50 percent of the population, with almost 30 percent falling below the poverty line and a quarter of the population qualifying as wealthy. This squeezing of the middle class is likely to have significant social and political implications for these countries moving forward – and raises serious questions about the continued legitimacy of nationalism and democracy. One of the most important questions is whether national identity will continue to play a major role in Europe. There has already been significant migration of both labor and capital within Europe from the struggling peripheral nations to the more robust central economies. However, that migration has also exacerbated ethnic tensions and concerns over terrorism and security – as evidenced by the attacks last summer at Parisian literary magazine Hebdo.

Europe looks from up close like a construction project that has been interrupted. The basic structure of the new edifice is apparent – ease of travel between the countries and a (struggling) common currency – but the rest of the building is missing. It is hard to envision a robust European Union with a common currency and yet lacking coordinated social policies. London is a stark microcosm of the problems when a monetary union without a political union faces an economic crisis. In many ways the wealthy act as though they are an island entirely unto themselves, while the swelling numbers of the poor cast off outside the walls of the city-state are left to question the redeemable value of their national identity.