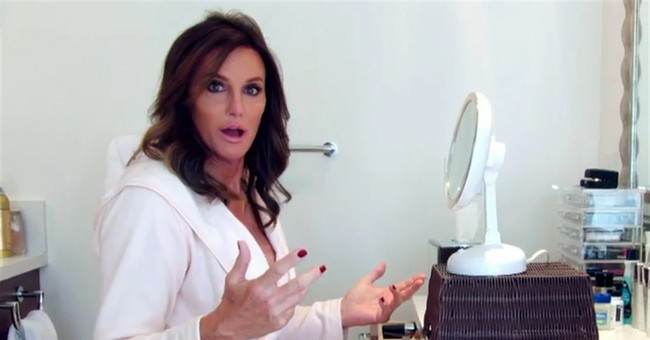 Let’s face it – with the grand debut of Bruce Jenner as a woman named Caitlyn (and the accompanying demand from the liberal media that we take it as anything more serious than attention-seeking narcissism) – we have finally arrived at the post-postmodern era.

Post-modernism unfortunately prepared us for this sort of tragic comedy. It was the era where the objectivism of the enlightenment era was totally discarded for a human-centered view of reality. Enlightenment era philosophers such as Descartes measured identity in terms of readily observable phenomenon. Science was seen as the key to discovering truth, and those truths – like gravity and the earth’s position of the solar system – formed the foundation upon which many modern inventions such as commercial air travel and space travel were derived. While many enlightenment era philosophers were criticized by organized religion as holding heretical views, over time the veracity of their observations held up under scrutiny and exposed the dogmas of state-sponsored religion. Modernism – with its attendant views on the rights of man and the establishment of humanistic institutions such as democracy and fact-based jurisprudence – were founded upon the success of science in predicting and explaining the physical world.

But over time, the success of the enlightenment era’s scientific achievement and the modern era’s social achievement caused many people to view themselves not merely as observers and interpreters of creation – but as the actual creators themselves. Man in short order developed a God complex that grew over time and proliferated. These people believe that they have the intelligence and scientific ability to engineer around the truth – for example by developing surgical techniques and hormonal therapies to make men appear to look like women. And it spilled over into the political arena as well. Instead of polling for public opinion, many politicians believe they can manufacture public opinion by controlling the messages sent over the airwaves. Truth is no longer what nature created, but what man has created to suit his own ends. That’s postmodernism in its pure form.

But post-postmodernism is the newer, more virulent strain of sanctioned incredulity. It is truly a time when all defining elements of creation are now subject to debate and classification by an unratified coterie of snake oil salesmen with doctorate degrees in psychology and sociology who have magically declared gender to be a social construction completely unrelated to the biological facts of sex.

And not just at the margins either. It is clear that a very small percentage people are born with genetic deformities which make their sex unclear at birth. But the new politics of post-postmodernism demand that we all accept that anyone of any sex be accepted as the opposite (or some intermediate gradation) merely because they feel psychologically estranged from their ‘gender’. Furthermore, it demands that we create public accommodations to suit the aforementioned psychological malady as if it were somehow based on any objective reality whatsoever.

I cannot possibly know what is in Bruce Jenner’s mind. I am reasonably sure based on his having sired offspring that he is physically a male. Should we now mandate that merely because he now believes he is a woman (who as a woman has indicated he will still date women) he be permitted to use the female facilities? These shades of identity can and do create dozens of hybrid gender configurations that in theory must all be accommodated upon some reasonable basis. Where I see this going is that we will no longer have separate facilities for anyone, and all bathrooms will be gender-neutral in the future. The question is: is that a future we really want?

I am willing to call Mr. Jenner a ‘she’ if that’s what he wants. But I stop short at truly believing that he is a woman. Objective reality dictates otherwise, and the implications of ignoring the truth merely to suit the whims of some overstimulated Hollywood weirdo strikes me as less than sane. What I see as the true issue in the whole Jenner fiasco is narcissism run amok. He is or was married into a matriarchal family that rose to fame on the basis of nothing more than publicly airing their salacious behavior. He probably felt a bit left out and wanted to even up the score a bit. He wants to bask in the glow of his own media-manufactured fantasy, and expects the rest of us to indulge it as if by him saying so all of the laws of nature are now expired and we can now select the gender of our choosing – whatever it may be.

The real peril of letting rich Hollywood types and the media control our interpretation of reality is that at the end of the day we will lose the rational faculties endowed to us by our creator. Shortly along this road is some legislated, sanctioned form of pseudo-reality that exists only in the imagination of its creators. At that point the map and the territory will have truly diverged. And we will be walking backwards as a human race, all the while believing we are being progressive.