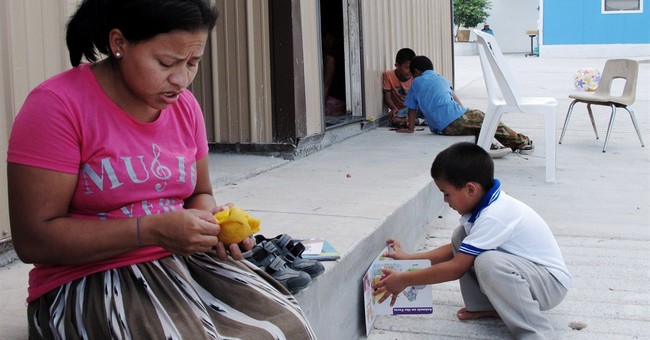 There has been a lot of focus on the decline of fatherhood in the black community, as the proportion of black children growing up in single parent (overwhelmingly female headed) households has exploded since the 1960s. Fatherlessness is widely cited as a cause of social pathologies that plague black youth – teen pregnancy, academic failure, joblessness, and epidemic rates of crime and incarceration. This decline has been attributed by politicians and pundits to a culture of poverty -- a poverty of culture really – within the black community. However, what the argument overlooks is that declining fatherhood may itself be a symptom of broader societal and structural factors that have affected the family unit in America as a whole. And because of this missing connection between structural and institutional causes of family decline, the victims of the decline in families may end up taking the blame for factors that are beyond their control. And in that sense they may be victimized twice over.

In a seminal piece entitled “Of Elephants and Men”, psychologist Dr. Wade Horn tells the fascinating story of a game reserve in South Africa’s Krueger National Park, in which juvenile and female elephants were removed in order to thin a herd that had grown beyond the reserve’s capacity to support it. The park was left with mostly male bull elephants. However, a short time later the juvenile elephants who had been transported to another reserve began violently marauding the park, killing several rare white rhinos. This was definitely not elephant-like behavior, and it confounded the reserve’s managers. Ultimately the park rangers decided to import several male bull elephants into the reserve where the errant juveniles were wreaking havoc. Within a few weeks, according to Horn, the juvenile marauding stopped, and the young elephants started to behave more ‘normally.’ The lesson that was extrapolated by Dr. Horn and subsequent commentators was that, as in elephant societies, restoring male role models among fatherless black children in America would have similar effects on reducing juvenile violence and crime.

The biological relationship between elephant social behavior and human juvenile behavior has probably not been sufficiently studied as to draw as many parallels as Dr. Horn and others would like to make. And it goes without saying that comparing black children to wild beasts smacks of an unstated bias that pervades the social sciences and permeates America’s racial consciousness. But even if one were to grant the comparison as valid for purposes of extrapolating human juvenile behavior, the commentators have conveniently ignored the overall structural context in which the elephants’ behavior occurred.

The original problem was that the animals, large elephants who in their natural habitats would roam territory over hundreds of miles, are now being kept in reserves – fenced in ostensibly to protect them from human encroachment and poaching, but also to stock them for safari goers and big game hunters who pay big bucks and come from all around the world to see and hunt the animals. These elephant populations are thus being exploited for financial gain on a grand scale. They are already essentially held prisoner within these reserves, their natural migration patterns having been disrupted. By comparison one supposes, it could be inferred that black children themselves are essentially kept on ‘reserves,’ principally concentrated black neighborhoods, cut off geographically and economically from the rest of society. Black children, like the elephants on reserve in South Africa, are subject to institutionalization and social experimentation on a mass scale. They are the most likely to occupy seats in crowded public schools, be housed in public housing, receive public food assistance, and ultimately be caged in America’s massive institutional network of prisons.

If one looks back at how fatherlessness occurred among Kruger Park’s juvenile elephants, it was not because of a poverty of culture among Elephants. It was due to an institutional decision by human park managers to separate the elephant families in an effort keep their population from growing stronger. Is there a similar analogy here to how America’s leaders have either consciously or inadvertently instituted public policies that have resulted in the epidemic of fatherlessness and the destabilization of black youth?

When the suggestion that structural factors have resulted in black family destabilization is raised, eyes start rolling, and the arguments in its favor are dismissed as far-fetched conspiracy theories. Personal choices, individual responsibility, not societal factors, are often cited as the ultimate controlling influence on human behavior. And yet it is readily conceded that the presence of fathers within strong family structures can and do influence children to make better choices. No one would deny that access to education has a huge influence on both the availability of options and the ability of individuals to choose the best options for themselves.

Few would disagree that juvenile and adult prisons are not only poor substitutes for family structures, but ultimately untenable as a societal solution to the problems of social decay. Several states, including California and Texas, have almost bankrupted themselves because of their ridiculously inflated prison populations. The math is simple. It costs close to $40,000 per year on average to house a prisoner, who, when released with no education and a criminal record, is even less likely to become a contributing member of society able to resume his role as a father to his children. On the other hand, it costs about $7,000 per year or less to adequately educate a child and produce a productive member of society who is likely to be able to assume the responsibility of fatherhood.

The results of the policy choice to reduce the emphasis and funding on public education, while at the same time increasing the public funding for prisons have been disastrous for society in general and young black males in particular. What used to be a highly divisive partisan issue – taking a tough stance on crime and incarcerating people by the truckload -- has now become one of the few areas of partisan consensus among cash-strapped state governments. But the feedback loop has not yet been completed. While it is now widely recognized that mass incarceration is needless a drain on society’s resources, the other side of the coin – providing children with high quality education – is somehow seen as unworthy of public focus and investment.

Since 2001, funding has consistently been cut for Head Start, a program that has been proven to dramatically increase educational attainment among poor and disproportionately black children. A large part of the program’s success was that it was placed within the context of the overall family, at the US Department for Health and Human Services. The program not only provided pre-K educational programs for children, but it also helped families by providing them with health care, day care, job placement assistance and other services designed to strengthen the overall family.

In a move that was ostensibly designed to increase accountability among head start providers and give states more discretion in how to manage head start funds, the program was removed from the HHS and placed within the Department of Education, where it was given to states as a block grant with discretion as to the use of the funds. Predictably, cash strapped states used the funding to fill their budgetary holes, resulting in an overall decline in funding for Head Start. This was an example of a solution – reducing the Federal government’s role in providing education – looking for a problem, and in the process creating an even bigger one. Children and families – disproportionately black and poor children and families – are suffering as a result.

So yes, fatherless juvenile elephants on a game reserve in South Africa go crazy and start rampaging. But a discussion of elephant health, culture and life outcomes would benefit from a discussion of the overall structural forces affecting their population. And that takes the discussion away from the symptom – fatherlessness, to the causes of fatherlessness and other structural impediments to establishing and strengthening healthy families and communities.