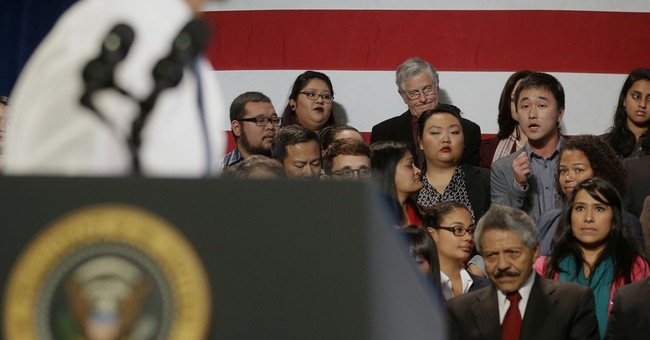 The debate about Comprehensive Immigration Reform keeps coming up and while several efforts to pass this sweeping legislation has failed several times, it is likely to be an issue for the next session of Congress.

One of the national experts on immigration is Michael Cutler, a retired Senior Special Agent of the former INS (Immigration and Naturalization Service his career spanned some 30 years and he provided testimony to the 9/11 Commission and has been called to testify before well over a dozen Congressional hearings in both the United States House of Representatives as well as the Senate to provide his perspectives and concerns borne of his extensive careers with the INS. He most recently testified before the Senate on March 20, 2013 on the topic of:

On March 19, 2002 he testified before a hearing before the House Subcommittee on Immigration, Border Security and Claims at a hearing on the topic:

That hearing not only captured the attention of the American new media but news organizations from around the world. A C-SPAN video of that hearing provides a compelling image of incompetence at the former INS that was impossible to ignore.

Mr. Cutler agreed to participate in an exclusive interview on his perspectives and concerns about Comprehensive Immigration Reform and explains why he has been consistently opposed to this legislation.

Q. How important is the immigration issue?

A. It is arguably the most serious issue confronting the United States today- bar none.

Immigration is not a single issue but a singular issue that impacts virtually every challenge and threat confronting America and Americans today. National Security and public safety are undermined by failures to secure America's borders, enforce the immigration laws along its borders and from within the interior of the United States and create true integrity to the processes by which aliens are provided with visas and lawful status in the United States including those who are permitted to attend school, work on jobs for which they have been granted appropriate visas, be granted permission to remain permanently in the United States as refugees who are given political asylum, lawful immigrant status and United States citizenship. These failures also negatively impact America's economy- driving down wages increasing unemployment and underemployment. Other issues to be considered are the impact on education, healthcare, public health and the environment.

By the way, before we continue with our conversation we need to do a bit of semantic “house keeping.” Ever since the administration of President Jimmy Carter the term “Alien” has been under attack. Under his administration, INS employees were told to stop referring to illegal aliens as being illegal aliens. I am a big fan of being politically correct if the goal is not embarrass or demean another person. However, the term “Alien” is not a pejorative. Under the Immigration and Nationality Act, the all encompassing body of the immigration laws of the United States, the term alien is simply defined as being “Any person, not a citizen or national of the United States.” There is absolutely no insult in that definition, only clarity. Those who seek to dismantle America's border and ignore America's immigration laws understand that the laws, the facts, the truth, commonsense and morality all oppose their unsupportable and unjustifiable positions. While some are misguided and don't truly understand the true importance and need for effective border security and effective immigration law enforcement, most are driven by unbridled greed.

The easiest way I can prove the real importance of our immigration laws is to call your attention to a specific section of the Immigration and Nationality Act, (Title 8, United States Code, Section 1182) that establishes the categories of aliens who are to be excluded from the United States. It is vital to note that there is absolutely no distinction made about race, religion or ethnicity.

Among classes of aliens who are ineligible to enter the United States are those who suffer dangerous communicable diseases or who suffer from extreme mental illness and are prone to violence or are sex offenders are to be prevented from entering the United States as are aliens who have been previously deported, are convicted felons, or are fugitives from justice. Additionally, aliens who are human rights violators, war criminals, spies and terrorists are also deemed excludible as are aliens who would become public charges or work illegally, thereby displacing Americans in the workforce or causing wages or working conditions to be adversely impacted.