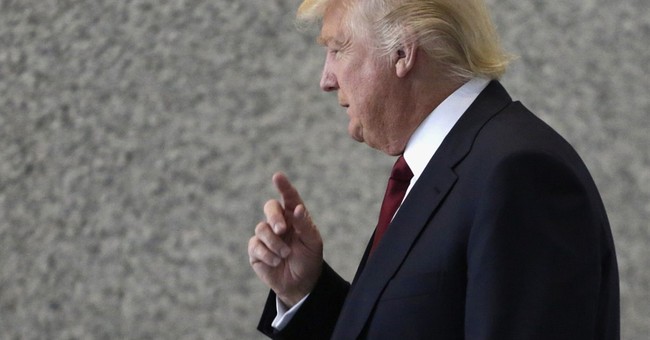 The New York Post reported recently that Donald Trump has spent $1 million to research his political standing in certain states. He told the Oakland County Republican Party’s Lincoln Day Dinner in Michigan last week that it was “highly unlikely” he would seek the White House in 2016.

Following Trump’s CPAC speech earlier this year, many were calling "The Donald" an embarrassment to the party, senile, and even a Democratic mole. Trump is many things: a shrewd businessman, a tireless self-promoter, and an American Icon. He is neither an embarrassment nor a mole; he is a man that has a platform to voice his opinions and boldly uses it, unbeholden to anyone but himself.

This is a man that took his father’s construction business and turned it into an empire. He has brought businesses back from bankruptcy stronger than before. He has constantly pushed the motto “dream big and go for it,” becoming a living embodiment of that ideal. Whenever foreign dignitaries and businessman come to visit the US, he is one of the top figures they request to meet. Throughout the world he is respected and seen as a shining example of the American Dream.

Like everyone in this world, Trump has opinions. However, due to his success, he has a worldwide platform to espouse his views. Trump is unique because he uses his soapbox to tell it like he sees it. Most celebrities with the kind of media reach Trump has will moderate their thoughts, saying what they think the audience wants to hear. When they roll out new ideas, the statements have usually been focus group tested to ensure they receive the pre-selected crowd’s best response.

Trump refreshingly eschews this model. So often we complain that political and entertainment figures are too scripted and relish (or attack) when one goes off the reservation and tells the world how they really feel. Trump is unscripted each and every day. Sometime he may say something you agree with, sometimes not; he is human after all.

Trump was embraced by many Republicans for calling out President Obama on his birth certificate. Whether you are a birther or not, you have to admit that only "The Donald" was able to get a response from the president. His voice helped put the issue to bed, and folks on both sides of the aisle should be thankful for that.

At CPAC, Trump was not talking about conspiracy theories, rather he was was doing what he always does -- calling it like he sees it. He stated that entitlement reform is a losing argument, illegal alien amnesty will cost Republicans, and Romney did not run a good campaign. Maybe Republicans do not want to admit these things, but that does not make Trump an embarrassment. Rather, Trump is a cold splash of water, shocking everyone by saying what many think but are too afraid to say out loud.

Trump is right about Americans and their entitlements -- they don’t want anyone to touch them. Even when they agree in theory about entitlement reform, most Americans balk once you ask someone to give up their specific entitlement. Take their stuff, but leave mine alone. Entitlement reform is obviously something that needs to be addressed, but a frontal assault scares the vast majority of Americans and sends them running for the hills. What the GOP needs is a different tack and a message that Democrats can’t easily spin as Republicans trying to push grandma off a cliff.

On illegal immigration, Trump was absolutely correct again. Not one to mince words, he blasted the GOP establishment for trying to rush flawed legislation that they hoped would grab some of the Hispanic vote. Instead, those short sighted laws would signal the party’s doom. Giving 8-11 million likely Democratic voters amnesty will not win elections for the GOP. (Former) illegals will not credit the Republicans for granting citizenship, but immigrants who went through the process legally will resent the GOP for giving others a shortcut, and the base will refuse to support such an act.

One accomplishment Trump always enjoys discussing is the Central Park ice rink which the city of New York had left to fall into disrepair. When the city attempted to renovate it, the project went over budget and past schedule, making the rink an even greater disaster. To Trump, this was a stain on the great city he called home. He rang the mayor and said he would repair the rink quickly and under budget. And he did.

Trump did not do that simply for publicity, nor did he do it just to prove that private business can do the government’s job cheaper and faster. He was embarrassed that a simple project was such a fiasco and made New York look bad.

When Trump complained about the tent at a White House dinner and offered to build a ballroom, he was embarrassed for the nation and the President. In many ways, he was using the story as a metaphor for the current state of America. But he also saw it as a simple detail many dismiss as unimportant but that nevertheless leaves a bad impression.

These are the actions of a proud American who wants the whole world to see how great his country is. They are also the actions of a man who knows most people are not willing to speak up when they see a problem for fear of ridicule.

Donald Trump truly is an American Icon worthy of celebration.He shouldn't have keep his mouth shut just because he does not pander and is a  tireless self-promoter. It is Trump’s willingness to shoot from the hip and cut through the fog that has made him the success and luminary he is. It is also what makes his words worth considering even when you do not agree. We can learn a great deal from one of the most celebrated modern Americans, and I hope he continues to tell it like he sees it.