Observations from the Edge of Salt Lake 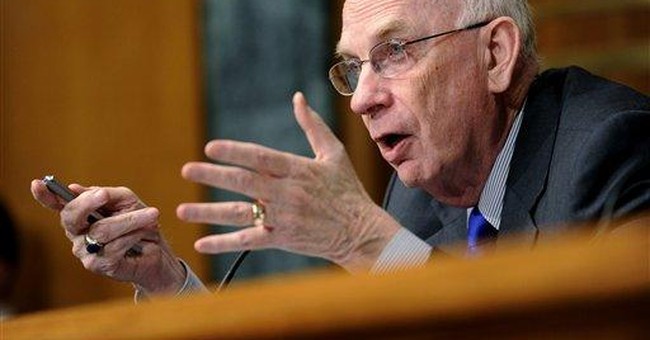 Utah Sen. Robert Bennett's failure on Saturday to secure his party's nomination to fill another term reveals many truisms beginning to form during this election cycle. Some are accurate, but others are more a reflection of the sitting senator and his own failings than some political juggernaut movement bending conservative candidates to its every whim.

Clearly, there is a deep and smoldering anti-incumbent mood swirling around the country. Frustration by the body politic is normal and even expected, particularly at a time when the economy is still barely recovering, and a president who promised so much has done so little to salve the nation's woes. To enumerate the current situation, public approval ratings of Congress on the whole hover around 23 percent. That's lower than the historic average of 34 percent. Yet the fomenting sentiment rampant today represents more than frustration. This is anger.

Surprisingly, those who are the most angry today are also some of the best organized. The national tea party movement is claiming credit for Bennett's ousting and leveraging the defeat to send a political message to other elected officials and their "soft" positions. As Brendan Steinhauser of the group told the Washington Post following the defeat, "[The tea party] is the center of American politics. It's everything that we've been saying it is. It's not just a protest movement; it's a political force."

In many respects, Steinhauser is right. They deserve the lion's share of the credit. Yet it's not entirely accurate to suggest the movement single-handedly burned out Bennett's career. He was covered in flammable liquid already; the tea party just lit the match.

Bob Bennett's troubles started years ago when he broke his own campaign pledge to term-limit himself and not seek reelection beyond two elections. Bennett went on to serve four, and that's where he started to get cozy in his Senate digs. The Senator sat on the powerful Appropriations Committee -- a spending panel. He had the keys to the Federal Treasury, and to many Utah voters, was viewed as part of the problem. I can't recall his sponsoring any deficit reduction laws to counter that perception. To me, that was the threshold question voters asked themselves, "This country is headed to hell in a hand basket, and what's Bob Bennett doing to stop it? Is he at least trying??"

Sure, Bennett earned a respectable 93 percent approval rating among Republican primary voters and garnered similar high rankings among conservative watchdog groups throughout his career. But what did he DO with his position? Did he lead in any way? Or was he simply marking time?

Perhaps Bennett deluded himself into thinking he was okay by just showing up to work every day and waving the conservative banner with feigned righteousness. His comments Saturday perhaps betrayed that behavior: "Looking back on [the votes I cast], with one or two very minor exceptions," recalled the Senator, "I wouldn't have cast them any differently even if I'd known at the time it would cost me my career."

That attitude was the last straw to Utah voters. And it should signal to other Republican incumbents that the most important notion of "public service" rests in that second word -- "service." We have enough loafers sitting around their government desks, getting fat off the taxpayer dime. By God, we don't need any more on Capitol Hill doing the same.

Be careful of how Democrats choose to spin this tale. DNC Chairman and his liberal comrades want non-aligned voters to see Bennett's loss as part of a conspiratorial intifada. "That the Tea Party would consider Bob Bennett -- one of the most conservative members of the U.S. Senate," said Gov. Kaine on Saturday, "too liberal just goes to show how extreme the Tea Party is. If there was any question before, there should now be no doubt that the Republican leadership has handed the reins to the Tea Party."

Kaine says what he needs to as party head, even though he knows better. Sen. Bennett's loss began and ended with Bob Bennett. If he was savvy enough, he and his handlers could have prevented this loss back in 2007 and '08. The lesson of Salt Lake wasn't so much that the Tea Party is a force to be reckoned with. We knew that in the wake of New Jersey, Virginia and Massachusetts. No, the lesson of Salt Lake is: "Don't take your elected position for granted. To whom much is given, much is required." Voters today want action, not sound bites, and they're willing to oust any incumbent, no matter his legacy, to uncover it.