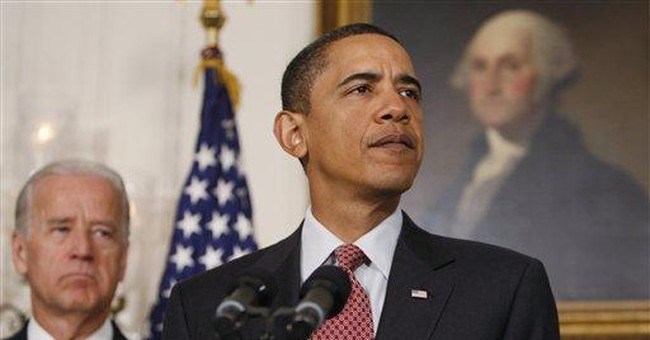 In the midst of a civil upheaval that threatened to unravel our society, Dr. Martin Luther King Jr. spoke of love and the need to overcome oppression without resorting to violence. He spoke of "a dream that one day this nation will rise up and hold . . .self-evident, that all men are created equal."

So how stands this country now, 41 years after Dr. King gave his life for his dream? The election of the first American Black President, Barack Obama, is an unmistakable sign that the country has taken an astonishing step away from its history of slavery and institutionalized racism. Equally instructive, however, is the work that remains to be done.

In the afterglow of Barack Obama’s election, an overwhelming majority of the country believed that race relations would dramatically improve.

According to a Gallup poll, the day after Barack Obama won the presidency, 67 percent of Americans felt that racism would eventually be eradicated—that’s ten percentage points higher than at any other point in the four decades that Gallup has been polling. Americans were more optimistic about solving race following Obama’s election that after the passage of the Civil Rights Act. Indeed, most Americans surveyed said that Obama’s election represented the most important milestone for blacks in the last hundred years. Pundits wasted no time proclaiming that America had finally achieved a post-racial society.

The mood of the country was downright euphoric.

A little more than one year later, Americans opinion on race relations has changed. According to a new Gallup poll, the number of people who say racial problems will be worked out has dropped back to its pre-Obama level. Notably, the number of people who say race will always be a problem has risen from 30 percent to 40 percent; and one in five persons surveyed actually felt hat the race relations had gotten worse.

Perhaps most striking is that number of Americans reporting optimism regarding race relations—56%--was approximately the same as in 1963.

Bottom line: Most Americans feel the same about race relations in this country now, as they did before Obama was elected.

So what happened to all of that hope and optimism that greeted Obama’s election—and what does it say about the country’s evolving dialogue on race? It seems that a majority of American Blacks do not feel that the election of Obama has brought substantive change to their daily lives.

While there is general consensus that seeing a Black man in the White House is inspiring, there is little to point to in terms of genuine gains in racial equality. In other words, while the election of Obama provided an emotional boost, it does not seem to have dramatically impacted the underlying dynamics between white and black Americans.

In less than one year, the possibility of electing a black president has given way to a sinking reality: Very little has actually changed for the average black person. America's legacy of racial injustices remains evident in the racial education and economic gap. Segregation remains a problem throughout America. Today, public schools are more segregated than during the Jim Crow era. Nearly one out of every four black families lives below the poverty line compared to just six percent of white families. American Blacks were particularly hard hit by the economic downturn. More than twice as likely as whites to receive subprime loans, Black families are now losing their homes at an alarming rate. Substandard education begets poverty begets violence.

The Justice Department estimates that 32 percent of black men will go to prison at some point in their lives compared with just six percent of white males.

If you ask most American Blacks how they feel about Obama, they are understandably proud. There is no doubt that Obama’s election has instilled a sense of “pride” that gives American Blacks hope and inspiration. But if you ask American Blacks if Obama’s election will reduce the foreclosure rate, or the racial economic gap, or keep cops from beating on them, they say of course not. Daily life is not changing just because there is a black face in the White House. And in some ways, it may be getting worse.

I worry that Obama’s victory could undermine the push for equality by creating a sense of passivity amongst both black and white voters.

Though there is no way to prove this, I suspect that much of Obama’s cross-over appeal resides in the fact that he seems safe to white voters. Like Bill Cosby or former Secretary of State Colin Powell, Obama is the perfect American Black faceplate to overcome latent biases —a homogenized black upper class person who seems to carry around none of the anger for centuries of racial injustices. This is the subliminal appeal to Obama's presidential candidacy: he seems to represent the exception to every black stereotype. By voting for Obama, the White voting populace was presented with a unique opportunity to vote for someone who evoked none of the black anger, while at the same time offering them atonement for centuries of racial inequality. With the pull of a lever, American Whites collectively congratulated itself for moving beyond its ugly past. At the same time, American Blacks seem to be regarding the mere fact of a black face in the White House as some sign of fundamental change. Both views are naïve. A lot of work needs to be done to root out the systemic racism that remains in our society. No one success story—no matter how inspiring—should distracts us from the systemic racism that still exists.

So, what lessons can we draw from this historical moment? It could very well be that Obama’s election signals a decline in individual racism, but not systemic racism. Systemic racism refers to the inequities that are entrenched in our social institutions. For example, the best public school systems are located in the most expensive communities.

Poor people—mostly of color—are priced out of these communities.

Consequently, public schools are now more segregated than during the Jim Crow era. These types of inequities may not be the result of individual bigotry, but they are certainly hangover from a shared history of racial and economic segregation.

What the success of Obama tells us is that our primary concern can no longer be with individual bigotry. We must shift our focus to the systemic issues that have resulted from a shared history of slavery.

The crucial first step is realizing that the lessons of liberalism no longer apply. The dialogue in the black community should not be about getting a seat at the table; it should be about owning the table. We need to educate ourselves on how to build wealth in our communities because the mere fact that the President is black, doesn’t mean that our lives will change. The key to overcoming systemic racism is to rely on ourselves, instead of the government. Without this crucial first step, the dialogue on race relations in this country will remain mired in accusation and defensiveness—and the lingering systemic issues will remain unchanged.