It's About to Get Real Ugly 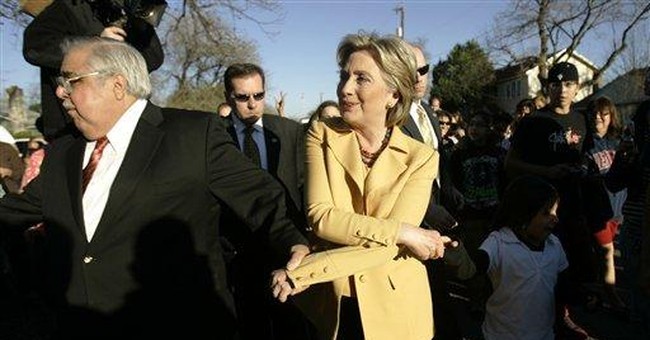 Before the primary season began the Democratic Party reached an agreement with its potential presidential candidates that they would not campaign in Florida or Michigan and that the delegates from those states would be meaningless. All the candidates agreed, which in effect, made the Florida and Michigan primaries moot because none of the delegates could be used by the candidates vying for the nomination. The Clinton campaign was the main advocate for this “ban” because at the time they felt they were invincible and would have little competition from the field. A few months later Super Tuesday arrived.

Super Tuesday was Hillary Clinton’s chance to wipe Senator Barack Obama out of the picture, but what happened was shocking and humiliating to the once unstoppable and formidable candidate. After the votes were tallied Clinton’s campaign had to face the realization that despite winning the big states (California and New York) she was still in a horse race that was neck in neck with the upstart from Illinois.

The result of Super Tuesday was a loss of momentum over the coming weeks which led to less money raised, less positive talk in the news, less volunteer sign-ups, and less energy than her rival. And then she shook up her campaign by removing (or forcing the resignation of) her deputy campaign manager. The cold hard truth is that Clinton is in danger of losing the nomination despite going against her word and campaigning (and winning the non-races) in Florida and Michigan. Now, out of desperation, the Clinton campaign is lobbying the Democratic Party to reverse its prior decision and count the Florida and Michigan delegates in the final delegate count, despite their earlier disqualification. How outrageous!

The Obama campaign is now realizing that Clinton is willing to fight nasty by pushing for Michigan and Florida delegates to be included and by persuading super delegates by all available means. Well, the Obama camp is not sitting idly by and allowing the Clinton's to do what they do best: continue their trail of corruption, and total disregard for rules and guidelines.

The word on the street is that the Obama campaign and New York Mayor Mike Bloomberg have already met and devised an incredible plan if Clinton wins the nominee. Mayor Bloomberg would give nearly $1 billion to Obama's campaign after which Obama would bolt from the Democratic Party and run as an Independent candidate with king-maker Bloomberg as his running mate. The Obama campaign realizes that Obama is too new at this game and doesn't have the political weight of the Clintons to bring in the true heavy-hitters of the party's hierarchy. So, according to sources it was Bloomberg himself who suggested this cunning strategy. It's mind boggling that the Clintons are willing to destroy the entire Democratic Party, and potentially in the process lose the White House and seats in Congress, for their own selfish thirst for power and glory.

Whether or not this sort of madness occurs, the race for the White House is becoming uglier with each passing day. Unless Clinton gets knocked out of this race in the coming days, which is a high possibility considering she has lost ten straight states and got swept last weekend and earlier this week, we can all expect her and her husband to pull out all the stops to get her through. But the fact remains, she is not nearly the candidate that Obama is, and the Democratic Party would be far better served to quickly move to support Obama and make him the nominee.

House Dems Continually Recite Testimony That's Based on Presumption
Beth Baumann
Did President Trump Just Accept an Invitation to Show Up at His Impeachment Trial?
Katie Pavlich
Jay Sekulow Noticed Adam Schiff Talked A Lot About One Thing That's Not In the Articles of Impeachment
Julio Rosas
Doug Collins Has a Question that Ruins Nadler's Extra Witnesses Narrative