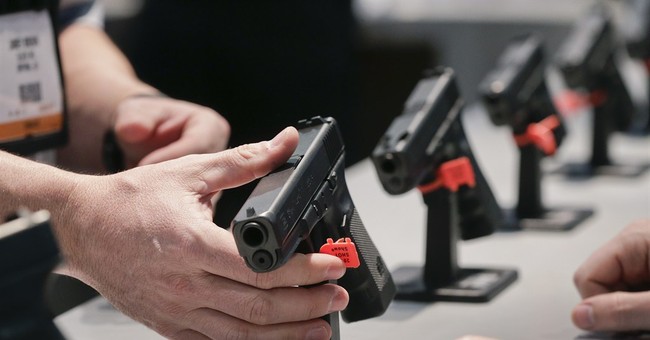 You can tell the conservatives liberals fear most because they start being automatically referred to as "discredited." Ask Sen. Ted Cruz. But no one is called "discredited" by liberals more often than the inestimable economist John Lott, author of the groundbreaking book More Guns, Less Crime: Understanding Crime and Gun Control Laws .

Some nut Dutch professor produces dozens of gag studies purportedly finding that thinking about red meat makes people selfish and that litter leads to racism -- and no one bothers to see if he even administered questionnaires before drawing these grand conclusions about humanity.

But Lott's decades-long studies of concealed-carry laws have been probed, poked and re-examined dozens of times. (Most of all by Lott himself, who has continuously re-run the numbers controlling for thousands of factors.)

Tellingly, Lott immediately makes all his underlying data and computer analyses available to critics -- unlike, say, the critics. He has sent his data and work to 120 researchers around the world. By now, there have been 29 peer-reviewed studies of Lott's work on the effect of concealed-carry laws.

Eighteen confirm Lott's results, showing a statistically significant reduction in crime after concealed-carry laws are enacted. Ten show no harm, but no significant reduction in crime. Only one peer-reviewed study even purported to show any negative effect: a temporary increase in aggravated assaults. Then it turned out this was based on a flawed analysis by a liberal activist professor: John Donohue, whose name keeps popping up in all fake studies purporting to debunk Lott.

In 1997, a computer crash led to the loss of Lott's underlying data. Fortunately, he had previously sent this data to his critics -- professors Dan Black, Dan Nagin and Jens Ludwig. When Lott asked if they would mind returning it to him to restore his files, they refused. (One former critic, Carlisle Moody, conducted his own analysis of Lott's data and became a believer. He has since co-authored papers with Lott.)

Unable to produce a single peer-reviewed study to discredit Lott's conclusions, while dozens of studies keep confirming them, liberals have turned to their preferred method of simply sneering at Lott and neurotically attaching "discredited" to his name. No actual discrediting ever takes place. But liberals think as long as they smirk enough, their work is done.

Average readers hear that Lott has been "discredited" and assume that there must have been some debate they didn't see. To the contrary, the leading source for the claim that Lott's research doesn't hold up, left-wing zealot Donohue, has been scheduled to debate Lott, one-on-one, at the University of Chicago twice back in 2005. Both times, Donohue canceled at the last minute.

Donohue accuses Lott of libel for pointing this out. Suggestion for Mr. Donohue: Instead of writing columns insisting you've been libeled, wouldn't it be better just to agree to a debate? It's been eight years!

Scratch any claim that Lott's research has been "debunked" and you will find Donohue, his co-author and plagiarist Ian Ayres, or one of the three "scholars" mentioned above -- the ones so committed to a search for the truth that they refused to return Lott's data to him. (Imagine the consequences if Lott had been forced to admit to plagiarism, as Ayres has.)

Donohue's previous oeuvre includes the racist claim that the crime rate declined in the 1990s as a result of abortion being legalized in the '70s. (Nearly 40 percent of the abortions since the 1973 case of Roe v. Wade were of black children.)

This study was discredited (not "discredited") by many economists, including two at the Federal Reserve Bank of Boston, who pointed out that Donohue's study made critical mistakes, such as failing to control for variables such as the crack cocaine epidemic. When the Reserve economists reran Donohue's study without his glaring mistakes, they found that there was "no evidence in (Donohue's) own data" for an abortion-crime link.

Curiously, the failure to account for the crack epidemic is one of Donohue's complaints with Lott's study. It worked so well against his own research he thought he'd try it against Lott. The difference is: Lott has, in fact, accounted for the crack epidemic, over and over again, in multiple regressions, all set forth in his book.

Donohue and plagiarist Ayres took a nasty swipe at Lott in the Stanford Law Review so insane that the editors of the Review -- Donohue's own students -- felt compelled to issue a subsequent "clarification" saying: "Ayres and Donohue's Reply piece is incorrect, unfortunate, and unwarranted."

When you have to be corrected on your basic anti-gun facts by an ABC correspondent -- as Donohue was by "Nightline" correspondent John Donvan in a 2008 televised panel discussion -- you might be a few shakes away from a disinterested scholar.

But the easily-fooled New York Times columnist Nicholas Kristof has repeatedly called Lott "discredited," based on a 2003 a non-peer-reviewed law review article by charlatans Donohue and Ayres. In a 2011 column, for example, Kristof dismissed Lott's book, "More Guns, Less Crime," with the bald assertion that "many studies have now debunked that finding."

The details of the chicanery of Donohue, plagiarist Ayres, as well as all of Lott's other critics, are dealt with point by point in the third edition of Lott's More Guns, Less Crime  There, and in a number of published articles by Lott and others , you can see how his critics cherry-picked the data, made basic statistical errors, tried every regression analysis imaginable to get the results they want and lied about Lott's work (such as Donohue's claim that he neglected to account for the crack epidemic).

"Discredited" in liberal lingo means, "Ignore this study; it didn't come out well for us."

Elise Stefanik Not Backing Down After Smear from Democrats, Mainstream Media Blame Her for Buffalo Shooting
Rebecca Downs