Soldiers Take an Oath to Defend America, Not a Rainbow Flag
OPINION

Anna Higgins  |  Feb 07, 2013
The opinions expressed by columnists are their own and do not necessarily represent the views of Townhall.com.
Top Columns
Trending on Townhall Media 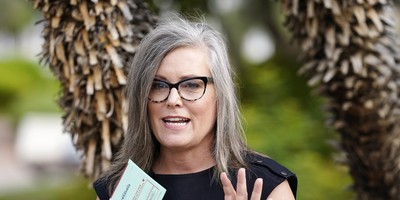 Editor's note: This piece was co-authored by David Christensen.

The Obama administration and the U.S. Department of Health and Human Services (HHS) have announced yet another proposal to “accommodate” religious freedom under the HHS contraception mandate. If nothing else, this appears to be a concession that last year’s much-touted “accommodation” was insufficient.

After losing 10 to 4 in cases involving businesses in which courts ruled against the mandate, the new “proposed regulation” adds more detail to last year’s Advanced Notice of Proposed Rulemaking (ANPRM). This proposal is designed to implement the “preventive care services” mandate under the Affordable Care Act (ACA). It is meant to quiet-down concerns over conscience violations imposed on religious employers who, under the ACA “contraceptive mandate,” are required to provide health coverage that includes contraceptives, abortifacient drugs (drugs with abortion-causing properties), and sterilizations. Instead of allaying concerns; however, the new regulation simply uses accounting gimmicks to impose the same requirements on employers with religious objections to health insurance that covers contraceptives, abortifacients, and sterilizations.

The new policy states, “Under the proposed accommodations, the eligible organizations would not have to contract, arrange, pay or refer for any contraceptive coverage to which they object on religious grounds.” However, the issue isn’t just paying for the cost of a service; the insurance partly does that. The issue is whether religious entities which pay for the coverage can be forced to provide such insurance that covers services to which they object. The policy still requires employers with religious objections to pay for insurance only to have the insurer “automatically” provide objectionable coverage to employees through a “separate” but “contemporaneous” policy.

This isn’t about people purchasing contraceptives or objectionable services on their own. The mandate requires these be covered with no co-pay from the employee. Under this scheme, employers still pay for coverage, only after which the insurer notifies the employees that it will provide it with free contraceptives. The employer’s health plan is the gateway to provide this free coverage, whether on paper you call it separate or not.

Self-insured non-profit organizations are, by definition, their own insurers. They typically contract with “third party administrators” to process claims, but the employer is the risk-bearer and pays for the services. For these organizations, the Obama proposal would make the third party administrator, who is not a licensed insurer, find an insurer to do the dirty work. They then would automatically provide the employees with the free coverage which the employer opposes.

And there’s the catch: Nothing is “free.” The costs will simply be hidden in higher prices for other services. This means religious institutions and non-profits will be paying for insurance plans, and the insurer will then provide coverage directly to employees despite this violation of their religious liberties. Thus, employers with conscience objections remain the gateway for medical services to which they object.

Additionally, there remains absolutely no protection for for-profit corporations or businesses owned by persons with religious objections to the “contraceptive mandate,” including such companies as Hobby Lobby. Hobby Lobby is facing $1.3 million in daily fines for refusing to comply with the President’s contraception mandate. The mandate also does nothing to protect religious individuals who want to purchase health insurance consistent with their religious beliefs.

Whether or not you care about abortifacient drugs or contraceptive services, many Americans object to paying for such coverage not just as a matter of preference but of deeply-held moral and religious conviction. The HHS mandate burdens many religious entities by forcing them to participate in health care coverage to which they object. Therefore, the mandate under this proposal still violates the Religious Freedom Restoration Act, which prevents the government from “substantially burdening” the free exercise of religion unless it has a “compelling” interest.

The government already pays billions for contraceptives and abortifacients under Medicare and family planning programs; it does not have a compelling interest justifying a mandate that burdens employers with clearly-defined religious views. Moreover, the government, in picking and choosing who is exempt from it mandate, is establishing a two-tier caste system of religious liberty. While churches are exempt, the government arbitrarily discriminates against other religious employers. It is not the government’s place to declare by fiat which organizations are or are not religious enough to be exempt in the face of very real conscience objections from employers. To the extent it requires abortion-causing drugs (such as Ella), the mandate also violates the Weldon conscience amendment, which forbids HHS from engaging in precisely this type of discrimination.

Since HHS and the Obama administration appear to be unwilling to protect religious liberty despite numerous court decisions against their violations, Congress must act again to preserve the constitutional right of religious freedom. Until Congress or the courts solve this problem, institutions must decide between violating their faith or engaging in civil disobedience coupled with large fines.

These are unacceptable alternatives. The HHS mandate violates the religious liberty that is foundational to all of our other cherished freedoms. For the sake of the right of conscience, not to mention quality, affordable health care, Washington has to do better.