Anna Anderson
|
Posted: Dec 18, 2017 12:01 AM
Share   Tweet
The opinions expressed by columnists are their own and do not necessarily represent the views of Townhall.com. 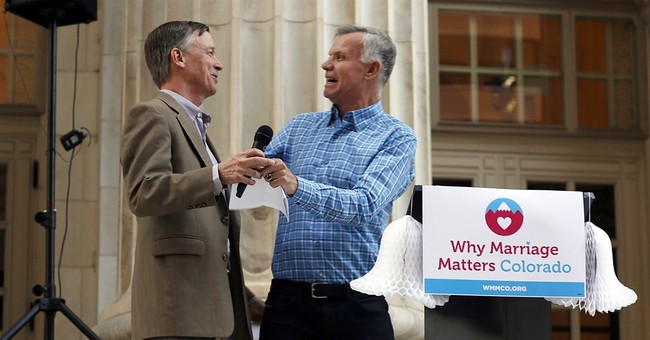 Conservative news sources were shaken up for a few days this summer when several outlets picked up Rolling Stone Magazine’s story on Tim Gill, “Meet the Megadonor Behind the LGBTQ Rights Movement.” The greatest concern was with Gill’s pledge to “punish the wicked” by passing laws in swing and Southern states that criminalize people who believe we are created male and female and that marriage is the union of man and woman. Yet after a brief period of fixation on this quote, the story has retreated into news cycle history.

And so, since the circus surrounding Alabama’s Senate race is finally packing up, it is vital that we turn our attention to the most important race for those who care about the security of families and faith: the Pennsylvania governor’s race.

Not long after Tim Gill was profiled, one of his main political arms the Human Rights Campaign (HRC) announced that it would be spending “$26 million and hire at least 20 additional political staffers to deploy across all 50 states ahead of the 2018 midterm elections.” The goal, they said, is to “replicate what happened in North Carolina in Senate, House and governor’s races across the nation.” In other words, HRC and its pop-up mercenary camps are infiltrating red and purple states in order to take out any decent and honorable politician who dare suggest that we protect women and children who wish to have privacy and security while they use locker rooms and showers.

They only need to pick off a few in order to send the signal that no Republican can last if they’re not lockstep with HRC. Specifically, they have pledged to focus on “Ohio, Pennsylvania, Michigan, Wisconsin, Arizona, and Nevada.” They are all swing states that went for Trump and have significant Senate and gubernatorial races.

While these will all be important races, why is Pennsylvania the most significant? There are three main reasons:

1. HRC is trying to protect an incumbent Democrat governor who has pushed radical LGBT policies.

The LGBT lobby worked hard in 2016-17 to create and perpetuate the narrative that former North Carolina Gov. Pat McCrory’s support for the HB2 “bathroom bill” caused his downfall. For them, protecting a failing governor by promoting his LGBT record and attacking his socially conservative opponent would be another win in their narrative that you can’t win as a “bigot.” They’ve already attacked one of the Republican candidates as “anti-transgender” for promising to protect vulnerable women and children.

On the flip side, this same situation is an incredible opportunity for social conservatives to begin repudiating HRC’s narrative by defeating one of their biggest allies. This will first require a win in the Republican primary.

2. The Republican primary is shaping up to be a showdown between a pro-family candidate and a sell-out.

The Republican responsible for bringing an LGBT bill to the PA Senate floor is running, giving HRC a stake in even the Republican primary. State Senator Scott Wagner has claimed the mantle of LGBT “rights” while claiming that the bill has no effect on bathrooms, locker rooms, and showers. There are plenty of reasons that this is a bold faced lie, but you get the picture.

Considering that Sen. Wagner is a pretty standard conservative on all other fronts, and has even portrayed himself as a Trump-type candidate, his sponsorship of this bill marks his greatest weak spot with Republicans: polling shows that over 91% of Republicans and 51% of Democrats in Pennsylvania are less likely to vote for a candidate who supports such a policy. This means that Wagner’s success is essential to HRC’s success in the general election because he won’t be able to take up half of Gov. Wolf’s votes through opposition to the LGBT agenda. The other Republican candidates, however, do have that opportunity.

Initial attacks have already hurt Scott Wagner, earning him a spot in PA’s weekly Ups & Downs, and there’s more where that came from…

3. Pennsylvania is a Rust Belt state that strategists and candidates will look to for winning policies in the 2020 presidential election.

The media and top pollsters were shocked when Trump took Pennsylvania on election night, but it came as little surprise for those who tracked how much he resonated with working class families. It also came as little surprise to pro-life advocates who know how unpopular a radical abortion stance is with salt of the Earth-Americans. As PA politico George Marlin noted soon after the election, “to be elected president, Donald Trump had to carry at least two Rustbelt states. Democrats scoffed at such an outcome, because Ohio had voted Democrat in every election since 2004, Pennsylvania since 1988, Michigan since 1988, and Wisconsin since 1984.”

Marlin points out how the Catholic vote should get the credit for Trump’s 1 percent margin of victory in Pennsylvania, as the economically depressed yet socially conservative Catholic portion of Western PA came out in force. “In 2012,” he notes, “Obama won twelve of the top twenty Catholic counties; Clinton carried just six, and her totals in the Catholic counties she lost were well below Obama’s.”

With such high stakes on what issues win the Pennsylvania electorate, and such clear lines between candidates, the outcome of Pennsylvania’s 2018 gubernatorial race is a must-watch for social conservatives. Vigilance and a show of strength have the potential for a huge pay-off. More apathy like we saw in McCrory’s race, however, would mean a terrible set-back and the liberties of families trampled in yet another portion of our nation.