The Elephant in the Blue Room

Angela Morabito
|
Posted: Sep 23, 2017 12:01 AM
Share   Tweet
The opinions expressed by columnists are their own and do not necessarily represent the views of Townhall.com. 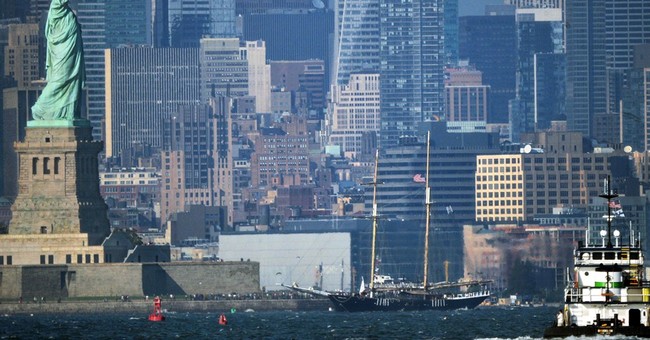 The democratic process passed down to us by the Founding Fathers has long ensured that American voters have their voices heard, via representatives in the House and Senate chambers. Now more than ever, these debates are happening outside the marble halls of the Capitol.

Policy debates are now ubiquitous and constant. Anyone who wants to participate needs two things: an opinion and an internet connection. Welcome to the world of digital activism.

Online activism, even online petitioning, is not a new concept. However, it is opening new doors. A recent data audit by StandUnited.org, a digital petition platform, shows that conservatives in deeply blue parts of the country – people who are constantly outvoted – are flocking to digital advocacy to make their voices heard.

Looking at data compiled since its inception in 2015, StandUnited finds an interesting phenomenon: digital activism is giving political leverage to people who nearly never get their desired outcome on Election Day. Conservatives in deeply blue states know that they’ve got slim odds of getting what they want in the voting booth, but they can still achieve concrete outcomes by bringing their major concerns online.

If ever there was a consistently blue state, New York is one. Voter registration data from April 2017 show that of the state’s 12.3 million registered voters, 6.2 million are Democrats. Republicans clock in at less than half of that number, with 2.8 million people. Those are 2.8 million people who will always be outvoted.

Not since 1984 has New York given its 29 electoral votes to a Republican. In the 2016 federal elections, 59 percent of the state’s electorate chose Hillary Clinton for Oval Office command, an overwhelming 70.6 percent voted for Chuck Schumer to remain in the Senate, and 18 of New York’s 27 congressional districts went to Democratic candidates.

To be a conservative voter in New York is to be very nearly mute. The same can be said in California, Maryland, Illinois, and Hawaii.

Interesting, then, that when StandUnited looked at its user data, New York stood out as the state with the highest number of petition signatories.

A total of 113,317 of StandUnited’s more than two million signers hail from the Empire State. Yes, this might seem partially due to the state’s big population. However, when we measured participation rates, New Yorkers still packed a punch. The Empire State’s participation rate on StandUnited is the seventh highest in the nation, tied with Alabama.

While New York’s urban centers may be traditional Democratic hotspots, a quick look at the map of results from the 2016 presidential race gives a new perspective on those blue epicenters amid a sea of red.

Thirty-five of New York’s 62 counties are actually dominantly Republican. In Allegany County in western New York, for instance, registered Republicans outnumber registered Democrats by a two to one margin.

Despite a long, blue history, New York’s legions of conservatives haven’t given up on having their say in the political future of their state and our country.

As we’ve seen in our data, digital activism gives those people – the dairy farmers and blue-collar workers of Delaware County or the remote residents of the Hamilton County wilderness – a place to take a stand for their often-overshadowed ideals.

And while New York serves as an outstanding example of conservatives in Democrat territory speaking up, the phenomenon is by no means unique to the state. California, another solidly blue state, had the third highest signatory total, and Nevada, a state that went to Hillary Clinton in 2016 and overall has leaned Democratic, had far and away the highest rate of petition participation at 1.44 percent of its total population.

These statistics tell us something interesting: politically engaged citizens that find themselves almost powerless in the electoral process are turning to digital activism as an avenue to achieve their goals. Platforms like ours make it possible for citizens, wherever they are, to surmount even the most overwhelming political odds by connecting with millions of like-minded individuals waiting on the other side of the computer screen. They might be outvoted in the political space, but they won’t be omitted from the political conversation.