Andy Surabian
|
Posted: Mar 20, 2018 12:01 AM
Share   Tweet
The opinions expressed by columnists are their own and do not necessarily represent the views of Townhall.com. 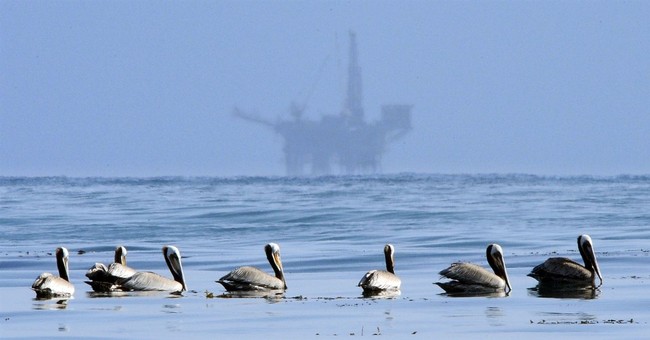 A growing cottage industry in the legal profession centers on finding people to sue for climate change. Activist trial lawyers looking to cash in on this potential billion dollar industry have made some headway in enlisting public officials in this battle but there are already signs this dubious strategy will backfire and put mayors and county commissioners in the hot seat.

The idea that a handful of fossil fuel companies have conspired for years to conceal their complicity in causing climate change would make a great Oliver Stone movie but not a credible Ken Buns documentary. For one thing, anthropogenic-based climate change, by definition, involves more than a handful of corporations. To the extent human activity may be negatively impacting the planet, every business and every individual across the world for that matter, has been playing a role since the Industrial Revolution. Secondly, companies such as Exxon have hardly denied the possible link between human activity and climate change. In the course of lawsuits brought by several state attorneys general, Exxon presented evidence going back nearly 40 years that it not only acknowledged the possibility but invested resources to address it.

Nonetheless, Hagens Berman Sobol Shapiro, a large plaintiffs’ firm based in Seattle; D.C.-based Cohen Milstein, and others are pushing ahead in efforts to bully energy companies into paying up. Hagens Berman has beefed up its environmental practice with the acquisition of the Pawa Law Group, led by Matt Pawa, who has been steadily breaking new ground in theoretical field of “climate crime.” These lawyers could see a big pay day if judges eventually buy this narrative. To help them in this quest they have enlisted the support of primarily leftwing public officials in cash-strapped, coastal communities bracing themselves for what they see as imminent catastrophes.

Last year, Richmond, Marin County, Oakland, San Francisco, San Mateo County, Imperial Beach, and Santa Cruz/Santa Cruz County were among the California jurisdictions that filed suit against several energy companies for damages to coastal property and infrastructure they see on the horizon, but have yet to occur, as sea levels rise. Hagens Berman represented them, working on a contingency.

On its face, this looked like a win-win-win proposition for those filing the suits. Public officials in these communities were doing more than burnishing their own credentials as so-called pioneering environmental crusaders. They were also identifying potential funding sources for future infrastructure repairs, without having to enact unpopular tax increases. On top of that, it was not costing their limited treasuries anything for now, since the firms would not get their piece of the possibly billions of dollars in damages until a victory in court.

But it turns out being in the radical climate crusade vanguard has its costs.  In court filings, many of these municipalities were very precise in predicting how climate change will impact them. San Mateo declared,“[T]here is a 93% chance that the County experiences a devastating three-foot flood before the year 2050, and a 50% chance that such a flood occurs before 2030…” Santa Cruz is holding the energy industry responsible not only for rising sea levels but also for wildfires, stating, “…there are 6,026 people and 1,270 parcels with 1,084 structures located within the wildfire hazard zone.” The hit from wildfires will be “several hundreds of millions of dollars.”

Conversely, documents issued to attract investors in their bond offerings rely on ambiguity and guess work.  Santa Cruz County’s 2017 Bond Disclosure statement acknowledged that, “[f]rom time to time, the City is subject to natural calamities,” including flood and wildfire. San Mateo County’s 2016 Bond Offering was even more ambiguous: “The County is unable to predict whether sea-level rise or other impacts of climate change or flooding from a major storm will occur, when they may occur, and if any such events occur, whether they will have a material adverse effect on the business operations or financial condition of the County and the local economy.”

Exxon seized on such glaring inconsistencies. In January, the company asked a federal judge in Texas to compel county and municipal officials to explain. If these officials were misleading would-be investors or misrepresenting their climate change worries, there could be long-term implications for bond ratings. This, in turn, would affect tax revenues and their ability to fund vital public services.

What we’re seeing is that a leftwing fishing expedition launched by a few plaintiff firms eager to create a new field of law, can easily turn into a feeding frenzy. City and county officials may be banking on the fantasy of big payments from energy companies down the road. However for now, ironically enough, they could end up using public funds to defend themselves for being even less transparent with the public than the energy companies they are suing.