Andrew Wilford
|
Posted: Nov 02, 2018 12:01 AM
Share   Tweet
The opinions expressed by columnists are their own and do not necessarily represent the views of Townhall.com. 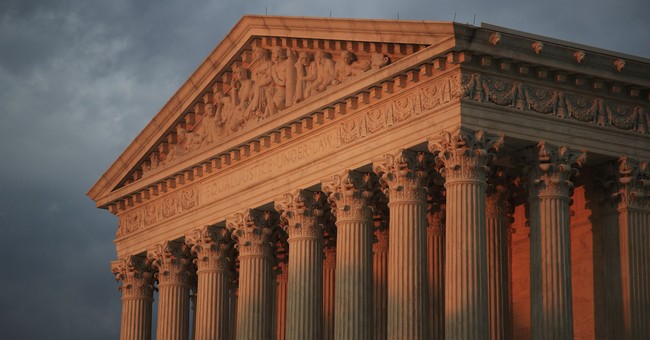 The Supreme Court’s ruling in South Dakota v. Wayfair created confusion and uncertainty throughout the online retail industry. By giving a state the power to impose sales tax on out-of-state businesses with no employees or locations in its borders, the Court set off a mad dash for lawmakers across the country to rake in as much revenue as possible. This is not strictly a sales tax issue: the groundwork is quietly being laid to extend these new tax powers to more than just sales taxes.

Prior to Wayfair, the rules for determining sales tax liability in a state were simple. Businesses with a “physical presence” in a state, such as a storefront, warehouse, or a sales representative, were required to collect its sales tax, while those without were not. In Wayfair, the Supreme Court overturned this standard, granting states the power to tax businesses without regard to their actual location and instead based on more nebulous economic connections to the state.

When the Court’s decision in Wayfair came out, most observers were concerned with the impact on small online retailers suddenly exposed to the significant burden of complying with the nation’s estimated 12,000 tax jurisdictions. This could potentially be a major problem — ThomsonReuters recently estimated that a mere 8 percent of midsized firms are currently prepared to cope with this increased compliance burden.

But a bigger fear, according to some policy experts, is that states would attempt to use the “economic nexus” justification blessed by the Supreme Court in Wayfair to similarly expand their corporate income tax powers. Limits on states were already looser in business taxation, and this case could weaken them further.

A recent ruling by the Minnesota Supreme Court seems to represent a step down that road. In Walgreens Specialty Pharmacy vs. Commissioner of Revenue, the state Supreme Court ruled that online pharmacies without a physical presence in the state were liable to pay Minnesota’s gross receipts tax on pharmaceutical drugs. Gross receipts taxes are particularly pernicious ways of taxing businesses, since they tax all revenues without accounting for costs incurred by the company.

This immediate impact of this decision would be to raise drug prices and reduce drug availability in Minnesota, as companies pass on the higher costs to consumers. Even worse, some retailers could begin pulling out of Minnesota altogether and heading for greener pastures, which would reduce competition.

Yet the long term consequences could be even greater. While Minnesota’s case is one of the first lower court opinions to cite Wayfair in a decision granting states additional tax power, it won’t be the last. Absent some sort of legislative restraint on the part of states, or Congressional intervention to protect interstate commerce, the dominoes are likely to continue falling.

In case that sounds like the cry of Chicken Little, look no further than one of the biggest corporations in America. Less than a month after the Wayfair decision came out, banking giant Wells Fargo announced that the case had convinced them to set aside nearly $500 million to cover the predicted costs of income tax assessments from states where its affiliates do not have a physical presence but conduct business. Other companies could follow as they evaluate the impact of the Wayfair decision, and rulings such as Minnesota’s appear likely to only push them further in that direction. Smaller companies that don’t have the resources of a Wells Fargo could face even worse costs.

The Supreme Court’s decision in Wayfair was damaging enough based on its impact on the internet ecosystem and smaller retailers in particular, damaging one of the greatest sources of innovation and growth in recent American history. Unless states ignore the devils on their shoulders telling them to continue reaching outside their borders — or Congress does it for them — the fallout from Wayfair could end up causing even more harm than originally thought.