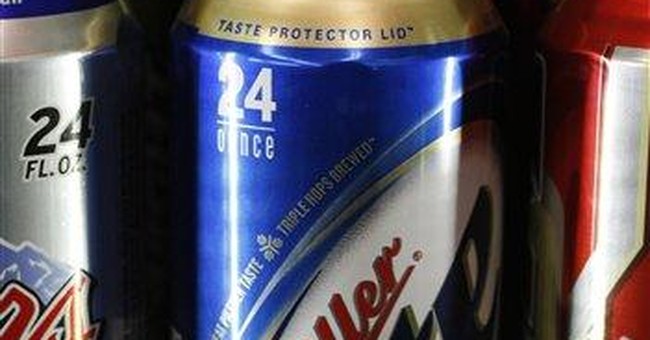 “Well, since we all know Prohibition failed….” This assertion is widely taken as the starting premise to many discussions on such modern social issues as prostitution, drugs, and gambling. In reply, the advocate of enforcing moral norms through the law must either explain how his plan differs from Prohibition or else admit defeat. In fact, the reliability of this premise is so widely taken for granted that even raising the question of whether or not it’s true rings absurd. But if a thing is both widely held and true, there shouldn’t be any real danger in exploring to verify it, right?

Of course, the fact that an opinion is widely held does not always guarantee truth. Most Americans believe that the people of Columbus’s time thought the Earth was flat. Sadly, they don’t realize this myth sprang from anti-Catholic propaganda and was cemented in the 19th Century by two unreliable histories and Washington Irving’s fictionalized account of Columbus. Even common sense would tell you that lesser-educated people in a society (sailors) are unlikely to risk everything on some novel academic hypothesis. They knew the Earth was round (you’d have to be a special fool not to grasp the meaning of a horizon), they just didn’t know how big it was. Columbus thought he had reached the “West Indies” because he didn’t know the Americas existed, thinking that the Earth was perhaps only 10,000 miles around.

Another widely held myth is that the colonists came to America because they wanted to establish a land of religious pluralism. The reality is that most of them came here to flee cultures they viewed as too corrupted in order to establish more rigorous religious societies than those they left behind in Europe. This is why so many early states had explicit religious identity. (“Mary”land was Catholic and surely no one thinks Puritans were renowned for their lax ideas about public morality and religion.) It’s also why it was so necessary to have a First Amendment and the Constitutional ban on religious test oaths: not to protect Muslims, but to insure that the Federal Government wouldn’t squelch the States’ devout religious identities.

So is it possible that the failure of Prohibition could be yet another widely held historical/political myth? Well, it seems that two questions need to be answered. First, what were the harms of Prohibition? Second, what, if any, benefits came from it?

The harms are fairly well known. Prohibition led to bootlegging, death or blindness from consuming adulterated alcohol, loss of tax revenue, loss of business activity, and crime as the mob expanded from gambling and theft to liquor. It also was the first period in American history when the law was so widely broken that disrespect for the authority of the law became its own social evil. As I said, all of this is well known.

But here’s something a little trickier: Can you name any of the benefits of Prohibition?

To hear the tale most people believe, Prohibition was such an unmitigated failure that it’s scarcely believable it was passed in the first place. “How on earth could the wise people of 1933 have just 14 years prior been the imbeciles of 1919?” But if the 18th Amendment was so foolhardy, why did it come when 19 states had already banned alcohol (starting with Kansas in 1881), when roughly 65 percent of the country was already dry, and when the margin of “dries” to “wets” in Congress was more than 2 to1? And if it was so obviously a mistake, why did it take until 1966 for Mississippi to repeal it and until 1987 for Kansas to allow “by the drink” alcohol sales?

Again I ask you, can you tell me any of the benefits of Prohibition?

The reason I ask is because it’s generally unwise to be dogmatic about anything without at least some knowledge of the other side of the discussion. Although believing there just isn’t one feels like certainty, it’s really the precarious security of ignorance.

So what was the benefit of Prohibition? Here’s a hint: It’s the one thing people arguing against current behavioral taboos don’t like to acknowledge. The main benefit of Prohibition was … you guessed it … people drank a lot less alcohol. But to hear the tale often repeated, Prohibition either had no effect on consumption or, more amazingly, actually increased it!

The reality is that average consumption of alcohol in the years prior to most legal restrictions (1906-1910) was 2.60 gallons per year. In 1934, when it was again possible to accurately measure, the number had dropped below one gallon, and it didn’t return to the pre-Prohibition level until 1973! During Prohibition, admissions to psychiatric facilities for alcohol-related issues dropped 60 percent, arrests for drunkenness decreased 50 percent, cirrhosis deaths for men dropped over 70 percent, and welfare agencies reported tremendous drops in alcohol-related family problems. Also, although crime is widely cited as the result of Prohibition, organized crime was actually well-established in cities by 1920. And until the St. Valentine’s Day Massacre in 1929, most voters believed Prohibition was succeeding, if imperfectly.

Temperance movements have been around since at least the founding of the country with Dr. Benjamin Rush and other religionists. Consumption was so high in the middle 1800s that Thomas Jefferson, James Madison, and Abraham Lincoln all urged abstinence for the good of family and country. Long advocated by wives, mothers and Christian groups, Prohibition was the “final straw” solution to rampant alcoholism. And if you asked those victims, they would have told you that their lives were better off because of the effects Prohibition had on their husbands.

I’m not saying Prohibition was a complete success, or even that on balance it was a success. I’m just saying that it had the most direct success at its intended goal: reducing alcohol abuse. And in discussions about other socially harmful behaviors, it’s important to at least be honest about our past efforts to regulate such things.

One final note is worth mentioning. Alcohol was widely used long before Prohibition, which means the culture had a longstanding acceptance of it. In a sense, then, it’s amazing this same society banned it at all. The legal restriction of it brought a significant reduction, which isn’t all that surprising, and those who wanted it eventually got it back, thankfully at lower levels of abuse.

But it should be obvious that restricting a thing people are already long accustomed to having is much more difficult than simply keeping a thing restricted they have long viewed as forbidden (like marijuana). The cultural shift on contraception and abortion (both universally despised just 60 years ago but now widely accepted) should serve as an illustration of what would happen if currently illicit behaviors were decriminalized.