Andrew Pollack
|
Posted: Nov 14, 2019 12:01 AM
Share   Tweet
The opinions expressed by columnists are their own and do not necessarily represent the views of Townhall.com. 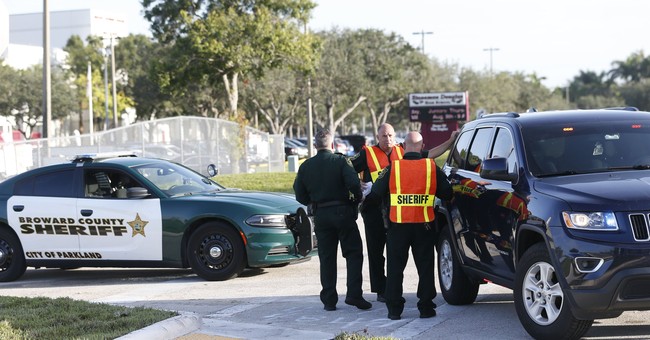 Last week, the U.S. Secret Service released a groundbreaking report analyzing school shootings and mass casualty attacks over the past decade. If taken seriously by school leaders, this report should help spot and stop threats. And if taken seriously by the Trump re-election campaign, this report could provide the key to victory in 2020 by helping them make the case that having a Democrat in the White House puts our students in greater danger.

Historically, Republicans have not tried to make political hay out of school shootings. It has always been the Democrats who have jumped to capitalize on kids getting murdered in schools to grow their political power.

Take it from me. The morning after my daughter Meadow was murdered in Marjory Stoneman Douglas High School in Parkland Florida, our Democrat superintendent of schools Robert Runcie stood outside the building to call for gun control… before my daughter’s body was even taken out of the building.

In the days and weeks to come, leftist activists exploited the tragedy to advance an agenda that had nothing to do with what happened. And when I said, “Let’s figure out what went wrong and why so we can take steps to stop this from happening,” I got called a pro-gun, NRA shill.

But I pressed forward to find the facts. My book, Why Meadow Died: The People and Policies that Created the Parkland Shooter and Endanger America’s Students shows the facts that CNN had no interest in covering. Parkland was the most avoidable mass murder in American history – but it was made virtually inevitable by politically correct, Democrat policies. Policies that were pioneered in Parkland and spread by the Obama administration to schools across the country.

But he was never arrested. He was hardly even disciplined. Because Broward County was trying to decrease the so-called “school-to-prison pipeline” by forcibly lowering suspensions, expulsions, and arrests. Looking at Broward’s “success” in reducing discipline, the Obama Department of Education threatened to take away school districts’ federal funding if they didn’t adopt similar policies.

This has led to chaos in the classroom, and substantial harm to academics.

And the Secret Service report confirms my concern that what went wrong in Parkland wasn’t unusual. School shooters always show signs, and these policies make it more likely that schools will ignore them.

According to the report, many of the shooters had a long history of being bullied before their rampage. They also exhibited a significant amount of troubling behavior that went either unreported or was reported but was left unaddressed. One key recommendation from the report: Schools should not be shy about conducting thorough threat assessments on students if staff have cause to believe that a student might commit serious violence.

But Obama-era, liberal policies exacerbate all of this. They discourage teachers from disciplining students for “subjective” offenses, allowing bullying to run rampant. In California, it is now literally illegal to suspend a student for consistently bullying another kid. By discouraging school staff from taking disciplinary action, these policies also discourage students from even reporting it. Knowing that if they “see something and say something” that the adults will “do nothing,” students are more inclined to keep quiet.

And liberal activist groups like the ALCU and Southern Poverty Law Center, which give the Democrat Party most of its ideas on education, have strenuously objected to threat assessments on the grounds that they might be “discriminatory” in practice.

If another Democrat is elected to the White House, they will pick up where the Obama administration left off and force these bad policies and ideas into schools across the country. And every school shooting will become another occasion for them to grow their political power.

Republicans have always wanted to find the facts first and then take constructive action. But thanks to the Secret Service, we have the facts. And the Trump campaign should take action to make sure that parents have them too.

The election last week further confirmed that suburban soccer moms are turning further against the president, perhaps due to aesthetic distaste with his brash style. But the single strongest instinct for any mother is the need to keep their kids safe.

The Trump campaign must make the case that if any Democrat is elected president, the policies that caused Parkland will be forced into schools across the country and put kids at risk.

This would not be political opportunism. It would be a public service announcement. And, hopefully, it will save kids’ lives.

Andrew Pollack’s daughter Meadow was murdered in the Parkland school shooting. He is co-author of Why Meadow Died: The People and Policies that Created the Parkland Shooter and Endanger America’s Students.