Andrew Mangione
|
Posted: Mar 09, 2020 12:01 AM
Share   Tweet
The opinions expressed by columnists are their own and do not necessarily represent the views of Townhall.com. 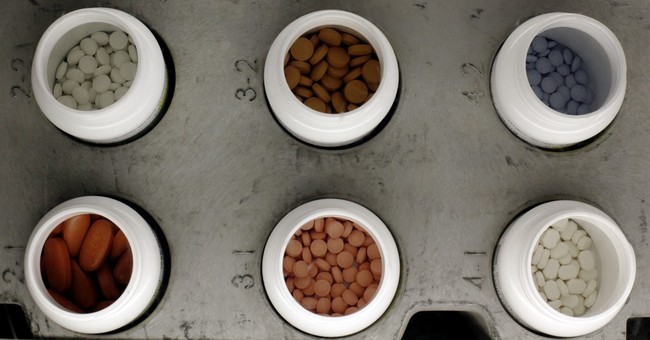 Count the state of Georgia as yet another this year moving to shine much-needed light on how pharmacy benefit managers (PBM) operate. On Thursday, Georgia’s state Senate unanimously (52 – 0) passed SB 313, a bill that restricts the business practices of PBMs just a day after the House voted 165 – 1 to pass other consumer-friendly PBM measures. The Georgia House approved bills that would penalize PBMs for violating the state’s department of insurance regulations and direct them to expand generic and lower cost drug options for consumers.

SB 313 compels PBMs to report the rebates they receive from drug manufacturers to health insurance companies, providing critical transparency to these often secret, complex transactions. Significantly, the legislation requires PBMs to share fully all of these rebates with health plans. It also would make PBMs apply discounts to patient co-pays in an effort to lower out-of-pocket expenses. West Virginia also passed rebate-sharing legislation in January.

SB 313 ensures that PBMs in Georgia would no longer be able to require patients to use a pharmacy with whom they have an affiliation. If a PBM orders a patient to use an affiliated pharmacy, then they would experience a surcharge for doing so. The bill further stipulates that a PBM would have to cover the cost of prescriptions fulfilled at other pharmacies and shortens the delays caused by prior authorizations. The bill adds a dose of regulation for PBMs as they would be required by the Department of Insurance to have a license to operate in the state of Georgia. SB 313 now goes to the Georgia House for further consideration.

This is not the first step the state of Georgia has taken to rein in pharmacy benefit managers. In a huge boost for transparency, the state legislature overwhelmingly enacted the Pharmacy Anti-Steering and Transparency Act last year. The act’s intent is to give patients the option of choosing their pharmacies, increase the quality of their care and lower costs. This act, which went into effect in January of this year, requires pharmacies to disclose to patients the identity of their affiliated PBMs. The PBMs are required to provide their drug pricing and also include the prices from other non-affiliated pharmacies.

The vast support on both sides of the aisle in Georgia and West Virginia for PBM transparency demonstrates just how important this issue is to constituents and reveals the positive effect transparency will have on the outpatient prescription drug supply chain. Federal legislators would be wise to pay attention to what Georgia and West Virginia are doing and imitate their actions. AMAC – Association of Mature American Citizens is working with a coalition of patient and physician advocates to bring PBM transparency to the federal level. Perhaps a good place to start would be an examination of the contracts PBMs have in place with the federal government?