Save Beer (and Science) from the Leftist Mob

Andrew Langer
|
Posted: Oct 22, 2020 12:01 AM
Share   Tweet
The opinions expressed by columnists are their own and do not necessarily represent the views of Townhall.com. 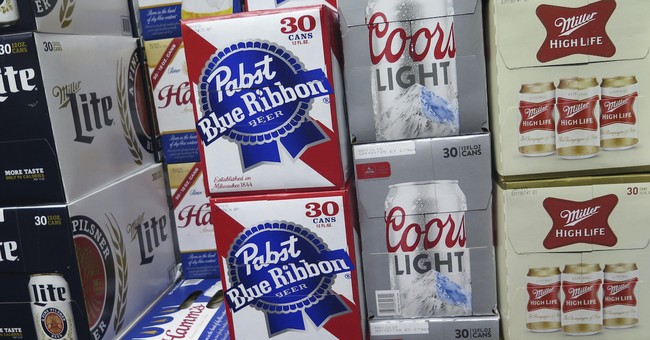 America's understanding of health policy and science has been battered this year because of the radical left. As they've moved the goalposts on what's considered "consensus," the Democratic Party’s extreme wing has tried to take science hostage and wield it for their own agenda. The result has been an all-out assault on the liberties enjoyed by free people.

While the left has complained that proponents of limited government are "ignoring the science," we know that’s not true. We’ve correctly predicted that their real agenda is to manipulate the facts and ban dissent to position leftists as the arbiters of truth.

We've seen what they do with this power when the media grants it to them. What started as a mask mandate has bled to even the most minute life choices. Now, as I write these words, unelected bureaucrats are chipping away at our freedoms with new guidelines and the end goal of pressuring you to live the way they believe is best.

Perhaps the best example is their new unscientific position on alcohol.

In short, the Dietary Guidelines Advisory Committee has issued anew set of recommendations for federal nutritional standards. This is the group that's appointed by the government to help with revising the Dietary Guidelines every five years. This year's DGAC guidelines reject decades of scientific research and go so far as to tell men to limit themselves to no more than one drink a day.

This is a radical change. In the past, and consistent with the vast majority of the studies that this committee reviewed, the DGAC understood that alcohol consumption of two drinks per day for men had similar health outcomes to those who abstained from drinking and may even provide moderate health benefits. For ordinary people, the takeaway has been that if you drink responsibly while living a relatively healthy, active lifestyle, you will be just fine.

But the researchers on the 2020 DGAC don’t seem to agree. They didn't really have evidence to prove it, but they still seemed to feel that the science didn't reflect the "truth” — their truth. So, when it came time to release their report, they needed to take a new direction — even if it meant playing loose with the data.

Moderation itself would need to be targeted; science be damned. As experts at Harvard made clear, there is no "mountain of evidence," which leftists frequently talk about in political debates, to justify men having one instead of two drinks a day. In fact, they only looked at one study that researched the difference between men having one versus two drinks.

One study isn’t even a hill, let alone a mountain. But they still moved the goalpost, suggesting a guideline change to just one drink for men a day.

That this could happen on a top-level review board should be surprising, but it isn't. It's why the American people can't be complacent with what the government’s "experts" tell them and must be vocal in their questioning. Even well-intentioned professors can be misguided in the recommendations they give policymakers.

We can't sit by and allow this abuse to continue. Conservatives and libertarians alike must join together to ensure the activist left doesn't gain control over our scientific institutions. It's clear that if we cede them the exclusive right to report the science, they'll use it to impose vast control over our lives.

Mark my words: beer and alcohol is just the beginning if we don't stop it now. The Trump administration still has a chance to reject the recommendation, and let's hope they do. To better our lives and those of our children, we must kill the leftist mob's bastardization of science and fixation on controlling all aspects of culture.

Andrew Langer is president of the Institute for Liberty.