When It Comes to Paid Family Leave, Choice Is Key

Andrew Langer
|
Posted: Aug 19, 2018 12:01 AM
Share   Tweet
The opinions expressed by columnists are their own and do not necessarily represent the views of Townhall.com. 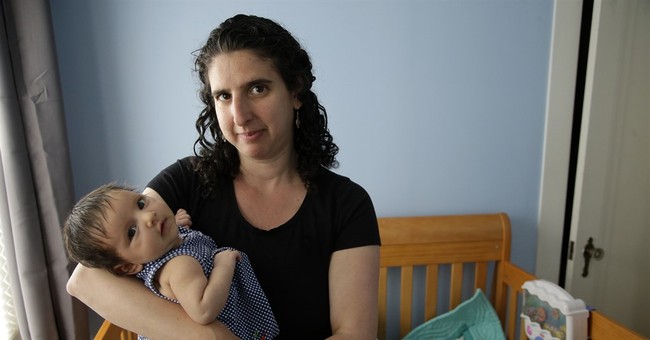 If you spend any time talking with small business owners, you know how concerned they are about government mandates.  It’s not just big rules, either.  Small business owners know that it’s the thousands of tiny mandates that can add up to big costs for them—in both the near and long term.  The fact that the federal government has massively slowed down the growth of these mandates is a major reason the economy has shifted into overdrive.

Moreover, labor economists will tell you that when a nation’s economic engines start humming along, workers in that nation win. As workers become harder to find, businesses of all sizes will find new and innovative ways to attract those workers—not just relying on wages (which go up in real terms as the labor market tightens).  This is how America found itself with increasing amounts of workers with employer-sponsored health insurance.  In the post-World War II economy, firms attracted new workers (and retained existing ones) by offering health care to their employees.

Which is why the national debate over Paid Family Leave is so interesting—and why history ought to be some indication as to how America ought to answer the question of business-supported family leave.

Obviously, there are deep philosophical questions at stake over the responsibility of either employers or the government in this regard.  But let’s assume for a moment that the essence of public policy is discerning government’s role in addressing societal concerns—and that American society is searching for a way to increase the number of employers that offer Paid Family Leave.  It then becomes clear that the widest perspectives are necessary in finding such solutions, well-beyond a simple “yes, we ought to do this,” or “no, we should not.”

The work of the Independent Women’s Forum on this subject is well-worth noting in that respect.  IWF, a center-right, free-market, limited-government organization focusing on issues from the perspective of women, has done extensive research on the subject of Paid Family Leave and has come to some intriguing insights on how if we, as a nation, decide that we want to use government policy to increase employer offering of Paid Family Leave, how we might go about doing it.

Mandates, importantly, are a non-starter.  Regardless of business size (and carve-outs for small businesses), it is recognized that attempts to place more rules on these businesses will have negative consequences for the economy, and could, in fact, make matters far worse for working families (it must be recognized that before you can have employers offering employees some form of Paid Family Leave, those employers actually have to be offering employees jobs first!).  So we need to be doing what we can to encourage hiring—and that means keeping mandates out of the range of options for policy solutions.

Worse, mandates could also backfire by creating disincentives towards the hiring of women.  While federal and state laws prohibit discrimination on the basis of gender, nevertheless, such discrimination does occur, and, more importantly, public policies (which always have unintended consequences) shouldn’t add to the potential for such discrimination.  When a government mandate is created, business owners will rationally weigh whether or not they want to avoid a situation that triggers that mandate’s imposition on their business—and this could lead to lower employment for women who are at the age where they might be starting a family.

What are also non-starters are any proposals that essentially take choice and flexibility out of the hands of businesses and the working families that are employed by them—since, as we have already discussed, in a growing and vibrant economy, competition among offered benefits is something that these businesses will use to attract and retain employees, and this is of enormous benefit to America’s workers.

Which is why two of the proposals discussed by the Independent Women’s Forum are enormously intriguing—tax credits for employers to encourage the creation of such programs; and the creation of personal care accounts to allow workers to save for such leave.

There is much debate among free-market/limited-government advocates about the propriety of tax credits as a public policy tool.  Philosophical purists proffer that government shouldn’t be in the business of picking winners and losers when it comes to policy—and certainly this is the case with regulations and the transfer of monies from the public fisc, especially if such decisions benefit single companies (or the most-narrow range of companies).  This is the essence of cronyism, and must be avoided.

But policy realists understand that government will enact public policies to address the concerns that citizens raise, and that tax credits are among the least-intrusive ways of potentially achieving public policy results.   They preserve the concept of choice, create the kinds of direct incentives to promote a policy goal, and, frankly, are far more cost-effective than new entitle programs or mandates.   This has certainly been the case in the states that have experimented with tax credit programs as a way of promoting Paid Family Leave.

In terms of a solution that is aimed squarely at individual choice and business flexibility, the concept of Personal Care Accounts is enormously intriguing.  Built on the same ideas that underlie individual savings plans for college bills, as well as health savings accounts (which still have the potential to revolutionize the health care world), this is the idea of creating tax-free savings accounts into which employees, employers, and even non-profit organizations can deposit money for a family to utilize if such leave is taken.

This last detail is enormously attractive, since America needs to return to an environment in which we engage with private charities to address more of society’s problems—and there is an incredible amount of policy flexibility if we permit such charities to engage more directly on supporting individual family leave.

Americans on all points on the political spectrum want policymakers to weigh in on Paid Family Leave.  They ought to look at the work of the Independent Womens Forum as a guide in that regard. Choice will be key—choice for the business owners, and choice for the employees themselves.

Andrew Langer is President of the Institute for Liberty, and a father of two.