Andrew Langer
|
Posted: May 08, 2018 12:01 AM
Share   Tweet
The opinions expressed by columnists are their own and do not necessarily represent the views of Townhall.com. 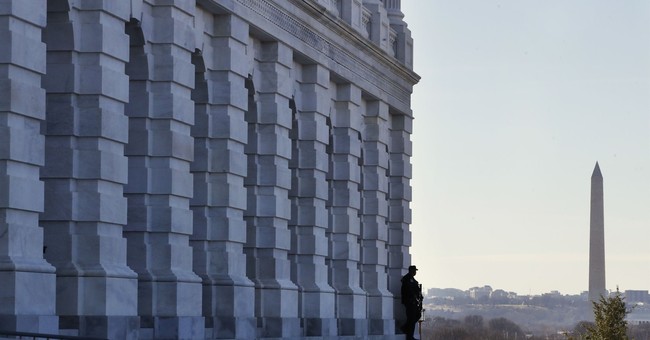 The inherent tension in Washington, DC has long been between those who wish to maintain the existing status quo and those who push for disruption—and, thankfully, currently the distruptors are winning. DC has long been in need of reform, and the benefits of those reforms are manifestly clear: unemployment at historic lows, gross domestic product up, and small business optimism at near-record levels!

But while to many on the outside the approach to reform has been chaotic, the reality is that such disruption has been both rational and calculated—an expert-driven approach that has resulted in a sea-change in the regulatory state and an anti-cronyist trade policy that puts American interests first.

Yet there are those who are trying to use the drive for disruption as an opportunistic ruse, a way to push through policies that are a continuation of the same kinds of cronyism that brought the American voters to the polls in 2016 demanding that the DC swamp be drained.

Such is the problem with the proposal being pushed by Rep. Danny Davis (D-IL) and his Republican colleague, Rep. Virginia Foxx (R-NC). Touted as a plan to reform the federal government’s sugar producer program, their proposal is a thinly-veiled attempt to drive down sugar prices at the behest of food products corporations (like candy manufacturers—classic cronyism.)

All American companies have benefited from the combination of tax and regulatory reforms driven by this Administration and the Republican majority in Congress—the antithesis of cronyism (wherein a select few use their power and money to influence policy to benefit them and them alone). This is important, since American firms have long been at a disadvantage on both the regulatory and tax fronts. This disadvantage is more complicated by a global trade regime wherein foreign governments further distort the marketplace via massive subsidies.

Rational policy reformers, like Rep. Ted Yoho (R-FL) have recognized this. The free market can and does work, but the market has to be truly free, and it makes no sense to “disarm” our sugar policy until other nations have done so as well. This is why Rep. Yoho and others have proposed (and supported) a “Zero for Zero” plan which calls for the US to eliminate our own sugar industry supports when other nations have done so as well.

Prior to that, it would be foolhardy for the United States to make radical changes to our this program—antithetical to not only the reforms that haven been implemented over the last eighteen months, but running contrary to the thoughtful approach to public policy reform that is supposed to undergird both our legislative and executive branches.

The Davis-Foxx sugar proposal harms American farmers at a time when those same farmers are finally seeing the lights at the end of very dark regulatory and tax tunnels. Now is the time to approach reforms calmly and rationally—and not use the fog of apparent chaos to let cronyism reign.