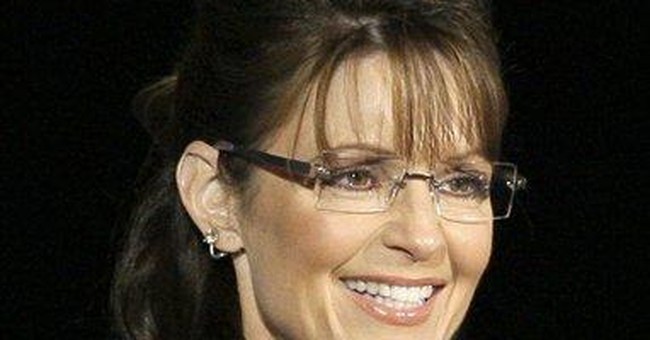 An upbeat Sarah Palin congratulated her state for tightening its belt during past years and asked them to sacrifice a little more in the year ahead during her State of the State address Thursday evening.

“At a time when other states are staring at multi-billion-dollar deficits, and when our federal government proposes a deficit in excess of a trillion dollars this year alone, we all have the cautionary examples we need in the virtues of living within our means,” Palin said. “With less revenue we have an obligation to spend less money.”

She proposed a spending freeze, except for public safety, and new restrictions on discretionary purchases to help do this in 2009. Palin also praised the state for “finding efficiencies during times of prosperity” enabling the state to allocate billions to infrastructure needs in previous years. “That’s common sense fiscal responsibility,” she said.

Palin discussed a number of other state issues, including her state's lawsuit against the federal government for its decision to list the polar bear as an endangered species. “We’ll challenge abuse of federal law when it’s used just to lock up Alaska,” she warned.

The Governor barely mentioned her high-profile run as the GOP vice presidential candidate in her remarks, saying only that, “I used to wonder if the occasionally rough edges of politics were unique here under the Great North Star. But I ventured out a bit this past year, and I tell you that, as partisan quarrels go, ours really aren't so bad.”