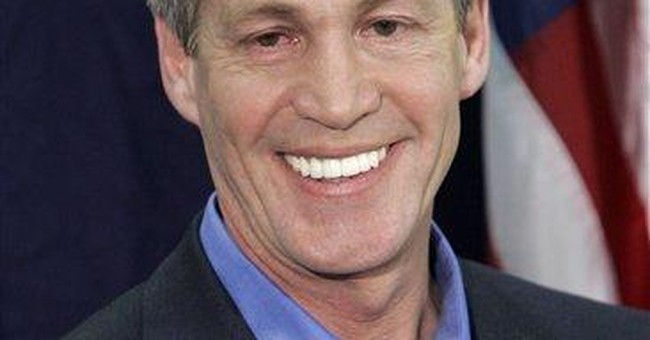 Norm Coleman doesn’t want anyone to get too worried about the lead Al Franken has over him right now in the contentious recount for Minnesota’s Senate seat.

“By the time you receive this email, the temporary lead that will present itself to Franken will have taken place—and throughout the day that temporary lead will grow” Coleman Communications Director Mark Drake in a memo Friday morning.

“We expect that you will continue to see that happen throughout today and until every ballot that was legally and validly cast has been recounted and a total can be certified. So while varying headlines and a flurry of different numbers will continue, we encourage everyone to just hang on until the process is finished,” Drake said. “When it is finished, Norm Coleman will still lead, and we believe, be re-elected to the United States Senate.”

Franken is currently leading by a little more than 100 votes. This is the first time Franken has pulled ahead of Coleman in recount, which has been taking place for over a month.

Minnesota’s powerful Canvassing Board is expected to finish counting all the disputed ballots by the Friday night. The board’s review of the disputed ballots, however, is not the last step in the recount. There are nearly 300 ballots left to examine.

The Minnesota Supreme Court gave the board another assignment on Thursday by ruling that roughly 1,600 more ballots improperly rejected needed to be examined by the end of the month.

The final outcome of the race is not expected to be determined by the time Congress beings its new session on January 6. If it is not Republican Governor Tim Pawlenty will need to make a special appointment to fill the undetermined seat.