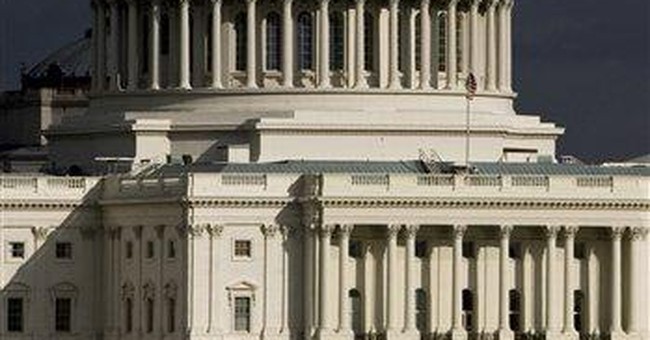 In the run-up to what’s being called a “legacy vote” on the massive $700 billion financial bailout, House Republican leadership is trumpeting the reforms they negotiated in the bill that a faction of House conservatives are vehemently opposing.

House Minority Leader John Boehner (R.-Ohio), who has called the bill “a crap sandwich” but indicated he will support it. He issued a statement touting Republican victories in the bill before the expected vote Tuesday afternoon.

“The new version of the economic rescue legislation, scheduled for a vote today in the House, includes major changes for taxpayers as a direct result of the principled stand taken by House Republicans in the face of what days ago was a mad stampede to pass an irresponsible bill,” Boehner’s statement said. He’s giving Republicans credit for stripping the bill of funding for trial lawyers, Big Labor, ACORN and increasing taxpayer protections.

“For the last week, House conservatives have fought to protect innocent taxpayers from an unprecedented government raid on their wallets to bail out Wall Street from their bad decisions and financial losses," Hensarling said. "Principled Republicans like Paul Ryan and Eric Cantor helped improve the legislation before us by adding increased taxpayer protections and additional Wall Street accountability. But mere improvement is not the test for support. The test is whether, after weighing both the good and the bad, you believe that the plan ultimately leads America in the right direction. Using that test, I cannot in good conscious support this legislation."