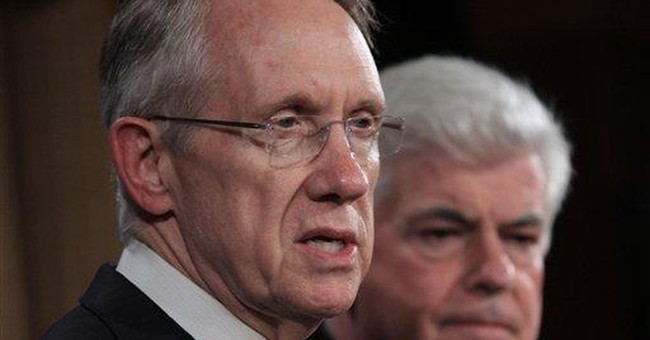 He was especially steamed McCain suspended his presidential campaign to work on the bailout.

“The insertion of presidential politics has not been helpful,” Reid said in a press availability from the Capitol Friday morning. “It’s been harmful.”

The Democratic Leader said it was not important for McCain and Democratic presidential candidate Barack Obama to actively take part in the deal because “the two presidential aspirants are not members of the Banking committee and never have been.”

McCain urged President Bush to call a high-level White House meeting to discuss the package on Thursday and suspended his campaign to attend it.

Reid said he called on McCain to “take a stand” on the bailout earlier in the week, but “all he’s done is stand in front of the cameras.”

Reid also targeted House Republicans for holding up the package, although the bill could pass Congress with Democratic majorities in the Senate and the House. He dismissed them for trying to offer a reduction in the capital gains tax as part of the bill. “Are they serious?” Reid asked sarcastically.

Without the Republican opposition Reid said a final bill could be agreed upon on Friday, drafted on Saturday and voted on by Sunday.

“The time is now for House Republicans to come to the negotiating table,” Reid said.