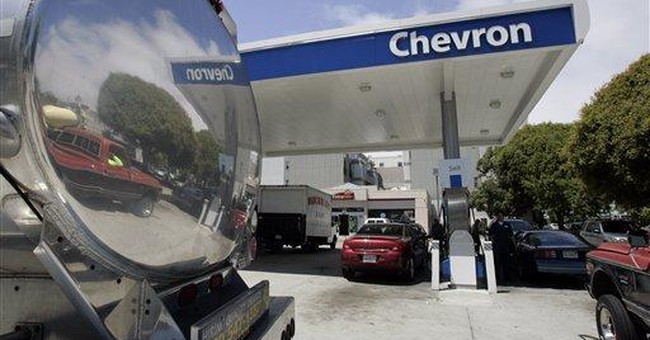 Ed Frank, vice president of public affairs for Americans for Prosperity, spoke to Obama supporters during an event organized on Capitol Hill by liberally-leaning MoveOn.org. According to an email MoveOn emailed to supporters the event was designed to “highlight the GOP’s extensive ties to Big Oil.”

There, AFP members handed MoveOn supporters a mock $8 bill and said “this is what Al Gore wants you to pay for gas.”

Frank asked the man, “How do you think that will affect the single mom who needs to fill up her minivan?”

Another man, wearing an Obama pin, told Frank, “I’m hoping we have less supply and more demand, absolutely” because “then people won’t be able to afford it.”

AFP spoke to these Obama supporters at the counter-protest they held to combat MoveOn at the Capitol. AFP sought to rally support for a straight up or down vote on offshore drilling, a measure House Republicans are calling for on the House floor over August recess.

"The people at this rally made the mistake of telling the truth about the left's energy policy,” Frank told Townhall in an email. “From the ban on American oil drilling to proposed global warming legislation, the entire point is to drive up the cost of oil and gas so Americans are forced against their will to use alternative energy sources that by and large aren't viable. I only wish the politicians they support were as honest with the American people about their true goals."