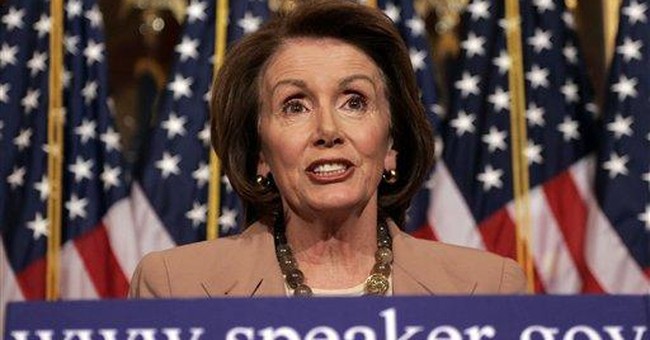 Pelosi said in a speech on the House floor that the free trade bill needs to be more “compatible with the needs of America’s working families” in order for it to be considered.

To stall the bill, Pelosi held a vote, which passed 224-195, to kill a rule that required Congress to vote on trade agreements within 60 days—which means the bill will probably not be taken up this year. Instead, it will be put off until next year, when Democrats expect to elect a Democratic president who will not favor free trade with Colombia.

Some House Republicans are calling Pelosi’s vote “the Hugo Chavez rule” to remind Democrats of the repercussions that barring trade with Colombia would have in Latin America.

Secretary of State Condoleezza Rice discussed her worries in April 9 press conference. She said “the failure of the United States to pass this free trade agreement would have very serious consequences, do very serious harm to America's interest and to America's credibility in this region.” Rice asked, “What will it say if this strong friend of America [Colombian President Alvaro Uribe Valez], who has done all the right things to try to bring his country to stability, democracy and prosperity -- and has done so as an avowed friend of America, fighting terrorists on one side, trying to demobilize paramilitaries on another, and standing strong against very hostile anti-American states and forces in Latin America -- what will it say if the United States turns its back now on Colombia?”

On the campaign trail Democratic presidential candidates Hillary Clinton and Barack Obama have used their opposition to the deal to seek favor with powerful unions.

While speaking to the Communications Workers of America union Clinton promised “I will do everything I can to urge Congress to reject the Colombia Free Trade Agreement.”

Clinton was temporarily set back on trade issues when she was forced to dismiss her senior campaign strategist Mark Penn after it was revealed he was lobbying for free-trade with Colombia for his public relations firm. Her former president husband, Bill Clinton, also opposes his wife’s view on trade with Colombia.

The Obama camp has used the incident to suggest Clinton cannot be trusted to adhere to her anti-trade rhetoric. Teamsters Union President and Obama-supporter James P. Hoffa spoke to reporters on a conference call organized by the Obama campaign. On the call he said, “You can't have a guy on your payroll that's working for a foreign nation and is basically lobbying for Colombia.”