Hillary Gets 56 Percent Versus Uncommitted 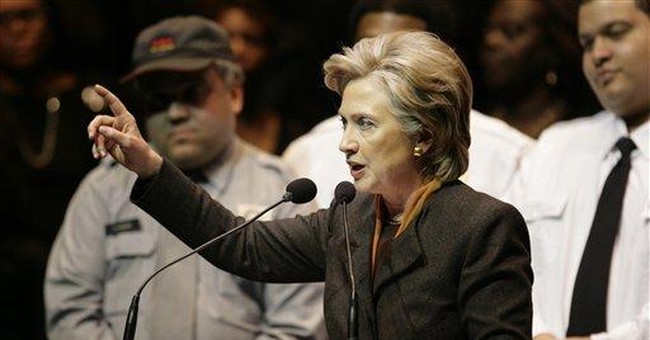 In Michigan primary where only her name, Chris Dodd, Mike Gravel, Dennis Kucinich and “uncommitted” were on the Democratic ballot, Hillary Clinton earned 56 of the vote.

Because Michigan violated party rules by moving up their primary date, the Democratic National Committee eliminated all of Michigan’s Democratic delegates. As a result, leading Democratic candidates like Barack Obama and John Edwards who dominate national polls, chose to skip the state although Clinton kept her name on the ballot.

A vote for “uncommitted” is considered a vote against Clinton and likely for Obama or Edwards.

4 percent of Democrats in Michigan voted for Kucinich, and the rest voted for Dodd and Gravel.

Katie Pavlich
Joy Reid Gets Wrecked Over Her Lies About Critical Race Theory
Katie Pavlich
McConnell: Did You Know Membership in Discriminatory Clubs is Disqualifying for Judicial Nominees?
Guy Benson