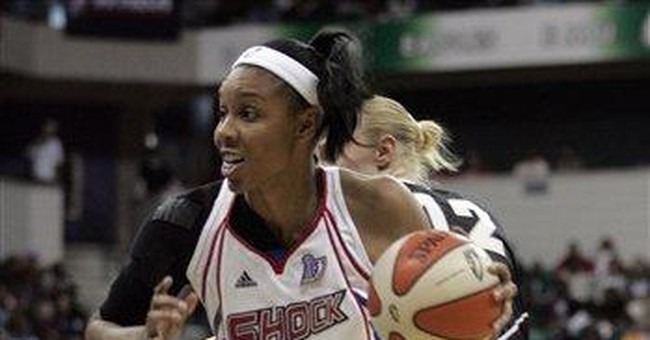 Gender equity is a common concern on college campuses. Schools often devote grand resources toward initiatives designed to root out sexism—whether it is through administrative offices, workshops for academic departments, or outside reviews and audits.

The granddaddy of all gender equity concerns is Title IX. Originally passed in 1972, Title IX is a law that was designed to eliminate sex discrimination in schools receiving federal funds. In practice, it affects everything from sexual harassment policies to athletics (with increasing pressure to spread regulations further into classrooms, particularly math and science). Title IX sounds like a great idea—clearly no one wants our schools to discriminate against anyone. Unfortunately, since Title IX has been put into practice enforcement policies in the athletic arena have reflected a one-track, and outdated, mindset, ironically creating the very kind of discrimination that the law was supposed to prevent.

Since 1979, Title IX enforcement policies have centered around the concept of “proportionality,” which essentially means that the gender breakdown of athletes must mirror the gender breakdown of the student body at a given school. If 50% of the student body is female, 50% of the athletes must also be female. Today, this creates big challenges for many schools, since females represent a strong majority on most campuses (about six in ten students nationally) and more men express greater interest in participating in athletics. To make the numbers work, schools are left with the option of increasing program options for women or cutting program options for men. Unfortunately, the latter is all too common.

Supporters of the Title IX status quo maintain that proportionality isn’t the only route to compliance. But that doesn’t change the fact that schools overwhelmingly view proportionality as the only viable long-term solution. From a legal standpoint, proportionality is viewed as a safe haven since it provides a quantitative measure that will stand up to lawsuits. It doesn’t help that Title IX consultants are quick to recommend compliance through proportionality (which, again, usually means cutting men’s teams).

Cutting men’s teams is hardly in women’s interests, and it does nothing to improve the relations between the sexes on campus. That’s why it’s imperative that schools move away from the one-size-fits-all system of proportionality. Fortunately, Western Illinois University offers an alternative model worth emulating.

Back in 2005, the Bush administration issued guidelines instructing schools on how to comply with Title IX through student interest surveys. It is a straight-forward and fair approach – ask students what sports they want to (and have the skills to) play and build an athletics program that meets those interests. The system is built around student input and allows schools more flexibility in their programming.

Western Illinois University is the first school to work publically with the Department of Education’s Office of Civil Rights to comply with Title IX via interest surveys. Schools were likely resistant to using surveys until this point because of the large backlash from interest groups who threatened to sue any school that attempted to rely on interest surveys to demonstrate Title IX compliance. But proponents of true gender equity should applaud WIU’s initiative. After all, the real goal should be equality of opportunity, not equality of outcomes. It should be of no greater concern that there are fewer women playing sports than it is that there are fewer men taking part in campus theater or arts programs—so long as everyone is given equal opportunity to participate.

Using interest surveys offers a commonsense alternative to proportionality’s rigid standards and lessons the pressure on schools to cut men’s programs. More importantly, the surveys allow schools to take student interests into account for the first time. Students deserve to have a place at the negotiating table.

So bravo, WIU for leading the way forward. Let’s hope that other schools follow suit.