'Where Have All the Cowboys Gone?'

Allen West
|
Posted: May 08, 2017 12:15 PM
Share   Tweet
The opinions expressed by columnists are their own and do not necessarily represent the views of Townhall.com. 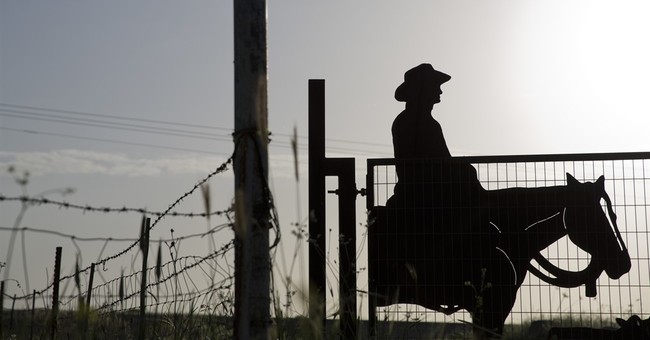 It was the title of a song done by Paula Cole back in 1996, and a very popular song might I add. It came out at a time when I was stationed at Ft. Leavenworth, Kansas going through the US Army Command and General Staff Officer College (CGSC). I had just returned from a one-year assignment in the Second Infantry Division up near the DMZ in South Korea. I was wrapping up one Masters from Kansas State University, and beginning another at CGSC. They loved that song out in the Midwest.

Of course today, 21 years later, the radical liberal progressive feminists would condemn Ms. Cole’s song as sexist and misogynist. What Ms. Cole was addressing was a rhetorical question about rugged, strong, responsible men…where had they gone? I can answer that question, the progressive socialist left has changed them into the “Pajama Boy”. For whatever reason, that which the world had previously admired about America, became despised and rejected here at home. There was something about that tough individualism that defined who we were, and oft times it was metaphorically portrayed as the American Cowboy. Sure, they had the gauchos down in South America, but American western movies and folklore gave us a model, an ideal of what resolve looked like.

C’mon, who out there has not watched the movie “Tombstone” countless times and memorized the lines of Val Kilmer portraying Doc Holliday? And ladies, you all recall that line from Dana Delany when she got off the stagecoach and peered down Allen Street in Tombstone, Arizona and said, “who is that tall drink of water?”

However, those images of American men have been denigrated. A prime example was when the liberal progressives of Europe and America demeaned President George W. Bush as just “an American Cowboy.” In their eyes, the American Cowboy was an inherently negative and neanderthalic image. To their delight, President Bush was replaced by Barack Obama, who embodied a more acceptable, gentler, less intimidating image of America, which by virtue of his lofty rhetoric and sweet smile, was ordained to pacify the world. What ended up happening was eight years of abject weakness, but hey folks, it felt good right? No longer was the American image one that was threatening or intimidating, it was one that sought not to be respected, but liked.

Furthermore, that image of rugged individualism was replaced by one of victimization. Heck, we no longer saw women as Annie Oakleys but rather as wards of the state as portrayed in the video “The Life of Julia”. Our lives were no longer about our own drive and determination, it was about a government that would take care of us from cradle to grave…one that even decided who gets to the cradle. After all, remember the assertion of one Barack Obama in Roanoke, Virginia, 2012, “if you own a business, you didn’t build that”. That statement, and his reelection after making it, gave the liberal progressive response to the question posed by Paula Cole in 1996. The spirit of the American cowboy was dead.

The fundamental transformation of America that Barack Obama and the leftist progressive socialists sought was simple. It was to recreate American society as not one of hard working family based strong and resilient people who only sought to pursue their happiness. It was to make our American society one of wimps, wussies, whiners, and gender swapping victims who needed government to guarantee their happiness.

All one has to do is look at the past week with the healthcare vote that occurred in the US House of Representatives last week, along with the omnibus spending measure. The overarching message is that we the people can no longer survive, literally according to the liberal progressive leftists of the Democratic Party, unless it is granted to us by the government. And sadly, we have some in the Republican Party now buying into this highly dangerous agenda. It is an agenda that is antithetical to what Alexis de Tocqueville saw when he traveled the United States in the early 1800s and wrote the book, “Democracy in America”.

The political masters of America no longer believe that Americans can make decisions about their own lives. And we have fallen into that belief system as a society as well. Democrats this past weekend were out on talk shows discussing how Americans will die if there is no Obamacare. In other words, we cannot be trusted to have policies which enable us to care for ourselves, it must be given to us.

That belief system leads one down a path that does not end up well. If we as a Nation no longer believe that we are capable of determining what is best for ourselves, that healthcare is a right to be bestowed upon us by flawed politicians…can they also deny that right as they wish? There is a popular insight to which we should pay heed, “a government big enough to give you what you want, is also big enough to take it away”.

The growth of the culture of the participation trophy will only undermine and harm the idea of determined individualism that once defined America. If we no longer welcome that concept of working hard to attain something of our own volition, realizing that some do need assistance, but only as a stop gap, then we end up surrendering our true unalienable rights – life, liberty, and the pursuit of happiness.

There is truly a culture war in America. There is also a conflagration between politics and policy. It is all driven by two very different attitudes. Do Americans seek to hear what they need to hear, or do Americans seek what they want to hear? A statesmen will convey to you that which you need to hear, and set the conditions that create opportunities, through policies consistent with our fundamental principles, for you to pursue your dreams, goals, and aspirations. Politicians will tell you what they think you want to hear using politics and rhetoric to enslave you to what they believe your outcomes should be.

Where have all the Cowboys gone? They are certainly not in Washington, DC, but that spirit still exists in America. It is all about true American individualism, not collectivism. It is about individual sovereignty and liberty, not collective submission and subjugation. It is about a hard day of work, and resting knowing what you have created with your own hands, not waiting for someone to place something into your hands for little to no effort.

It’s why once upon a time we called the Dallas Cowboys, “America’s Team” because that is our indomitable spirit. I hope and pray we will never have a football team called the “pajama boys”…