The Grand Delusion of the Progressive Left

Allen West
|
Posted: Jan 23, 2017 1:45 PM
Share   Tweet
The opinions expressed by columnists are their own and do not necessarily represent the views of Townhall.com. 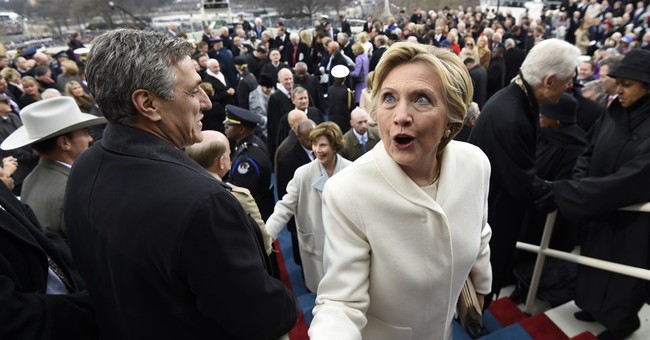 I love two genres of music, classical and classic rock. One of my favorite classic rock bands is the group Styx and one of my favorite songs of theirs is “Grand Illusion”. However, in the case of what we have seen post the 2016 presidential election through the inauguration of President Donald Trump, it appears the progressive socialist left is operating under a grand delusion.

In 2009, the progressive left embarked upon an ideological agenda evidencing a serious delusion and disconnection with America. Instead of focusing on two simple issues, economic growth and national security, Barack Obama, Harry Reid, Nancy Pelosi, and their acolytes engaged a direction for America that was not rooted in sound policy, but their interpretation of “fairness”.

The first case of delusion was to try and make the American people believe that Keynesian economic policy, tax and spend, was still viable. First thing out of the gate was a massive $1 trillion stimulus package that was centered upon what was termed “shovel ready jobs”. It was a matter of huge embarrassment when Obama sat on a stage with his economic council stating, “I guess shovel ready was not exactly ready”. The fact that Obama did so with a laugh and smirk was a slap in the face of the American taxpayer.

Obama in his eight years focused more on wealth redistribution, you know, we all do better when we “spread the wealth around”. Furthermore, Obama made the seminal statement which presented a window into the mindset of the progressive left when he stated, “if you own a business, you didn’t build that”. There could be no more disrespectful, delusional, assertion directed towards the hard working American and their indomitable entrepreneurial spirit. Obama and his disciples of economic disaster failed to grasp the concept that economic growth emanates not from Washington DC, but rather from the policies that unleash American investment, ingenuity, and innovation…along with production and manufacturing.

Due to his far left intransigent ideology, Obama sought not to get Americans back to work. His design was to expand the welfare nanny state of government dependency. The result of this delusion was our national debt going from $10.67T to $20T. We have exploded our food stamp and poverty rolls, and we have suffered the lowest workforce participation rate in some 40 years.

Second, Obama and the left sought to use effective free market policy to improve the healthcare situation in America. Instead, they believed there was a mandate to do what they had always wanted, push a government-driven healthcare system. The Patient Protection and Affordable Care Act a.k.a “Obamacare” was nothing more than a domestic wealth redistribution scheme, with some twenty new taxes. It spanned to gamut from increases in capital gains and dividends taxes to creation of an individual and employer mandate tax along with medical device and taxes on health savings accounts.

Obama said that there would be on average $2500 of savings and that you would be able to keep your doctor and insurance. The latter was awarded by Politifact as the “Lie of the Year”, 2013, funny, the year after Obama’s reelection…and he promised Vladimir Putin more flexibility. The American people in October 2016 did not see savings, they saw massive increases in their health insurance premiums, the result of the delusion of redistribution of healthcare. Obamacare turned out to be nothing more than a huge expansion of Medicaid. It proved unaffordable and did not provide protection for patients, but a segment of people got something for free. A rational policy approach would have meant Obama and his team focused on the real issue, but they overreached. And as Nancy Pelosi said, “we have to pass the bill, in order to find out what was in it”, a true example of delusion.

Third, Obama departed the White House trying to have us buy into his delusion by stating that on his watch there had not been a terrorist organization attack. He left still embracing the line that Ft. Hood was the result of “workplace violence”, and he commuted the sentence of one who had leaked over 700,000 classified documents – where some had died as a result of HIS nefarious actions.

Obama and the left could never articulate that the non-state, non-uniform unlawful enemy combatants we face on the 21st-century battlefield are Islamic terrorists and jihadists. Obama was more interested in freeing them under the delusion that their being detained in GITMO was an impetus of their hate and a recruiting tool. Instances of Islamic terrorist attacks on our soil were attributed to the lawful ownership of guns by law-abiding Americans. And the left, aided by the complicit liberal progressive media, tried to castigate those who understood this enemy as “islamophobes” – a moniker created by an Islamic organization with ties to the Muslim Brotherhood and Hamas.

I could go on about other critical issues, like a lack of focus on our border security leading to deaths of Americans like Kate Steinle.

The overarching issue is that we are watching the progressive left continue to wrap themselves in their own delusion. This past weekend there were marches focused on women’s rights. Where were those voices when Christian and Yazidi girls were being raped and sold as sex slaves by ISIS – that group Obama called the JV team, which was not Islamic. If this is about misogyny, where were those voices reference Bill Clinton regularly being welcomed as an “elder statesman” of the Democrat party?

More violence, threats, intimidation, rantings, protests, denigrating, disparaging, and demeaning language from the left will not win folks over to their cause. It will only further distance them from the America that has rejected and repudiated them, the electoral losses of the past eight years is evidence.