Mama Says Protesters Are the Devil 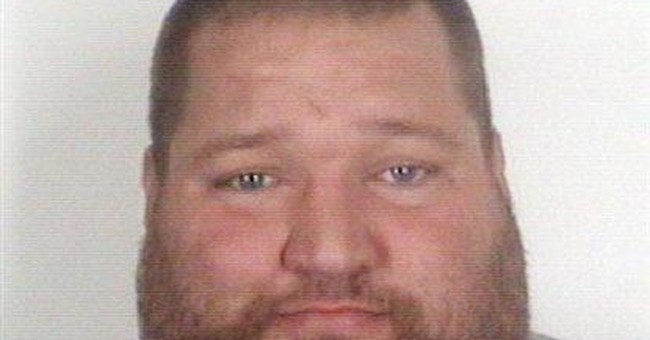 Harlan Drake may employ the Bobby Boucher defense. After all, it appears he was just trying to please his mother. The classic mama's boy.

Adam Sandler found success playing the apron-strings-still-attached Boucher in The Waterboy. Boucher is best remembered for his line, “Mama says, mama says, mama says, girls are the devil.” Harlan Drake, on the other hand, is not a movie character but rather is presently on trial for murdering Jim Pouillon in Owosso, Michigan, on September 11, 2009. Drake's defense appears to consist, at least in part, of the phrase, “Mama says protesters are the devil.”

Who is Harlan Drake, you say? You may well have forgotten him since the national media uttered barely a peep about his transgressions. After all, while Scott Roeder murdered an abortion doctor, Drake merely murdered a pro-life protester. In the American psyche, the former is a national outrage; the latter offers little worth lamenting. The murder of an abortion doctor will get you expansive amounts of shrill media coverage, an immediate statement from the White House, and a swift Department of Justice promise to step up security and enforcement at abortion clinics around the country. Killing a pro-life protester will not even get you ignominy. It will merely get you, well, ...oblivion.

Harlan Drake was every bit as meticulous in his assassination of Pouillon in Owosso as Roeder was in his own killing of George Tiller in Wichita. Drake dropped off his nieces at school that morning. He then edged his pickup into the vicinity of pro-life protester, Jim Pouillon. Pouillon, 63, was standing in one of his regular protesting locations on the street corner in front of the high school. Harlan Drake rested his left arm on the car window to steady his right hand as he shot the elderly man. He then pulled the truck still closer to fire again. In all, Drake landed four bullets in the defenseless man's body. Jim Pouillon fell down, then forward, and died right there in the grass. Drake drove away and moved on to murder a former employer, Mike Fuoss, and to search for a third victim, whom he fortunately never located.

What does “Mama” have to do with it? A former Owosso city councilman, Michael Cline, has testified that Harlan Drake's mother, Kimberly Staples, had phoned several days in a row leading up to the murder and asked the councilman to “do something” about the town's 'problem' protester, Jim Pouillon. She told Cline she would “send her boys over to go see Jim.” After the shooting, Cline reported that Staples called him and said “I have solved the city’s problem.” In other words, the defense was very simple: Pouillon needed killing. Mama said so.

Jim Pouillon's tactics in protesting abortion were controversial to be sure. He carried signs with a picture of a healthy baby on one side and a photograph of a dismembered, aborted fetus on the other. He aimed to show passers-by the horrors of abortion. Pouillon's personal history was spotty with a series of family disputes and strained relationships. As a result, Jim Pouillon had few admirers in Owosso, Michigan.

In fact, the local paper, The Argus-Press, said in an editorial five days after the killings, "His sign, often accompanied by his shouting at passers-by, gave his cause, indeed his town of Owosso as well, a bad name." Nothing like blaming the victim for dressing too provocatively.

No evidence of such reputation editorializing emerges from Wichita after the murder of famed abortionist Dr. George Tiller. Evidently, in the public mind, vocally showing people pictures of aborted fetuses is one thing while being the one who actually, but very politely and quietly, does that dismembering is another thing altogether. The former is heinous and disgusting; the latter merely falls into the category of health care, or reproductive “rights.”

Again, Pouillon had few defenders for his pro-life protesting. Many residents found his protestations to be not only repugnant but evil. The trial is underway and should continue for two more weeks, but it will do so without the participation of Owossohites like Judy Jackson, 64, who told one reporter, "I don't agree with someone taking someone's life. But I don't miss the man on the corner or his foul mouth. He would chase you, call you names. He was evil. His pictures were so gross." In other words, to locals like Ms. Jackson, he had it coming. After all, Pouillon was “evil.” He performed the dastardly deed of displaying before human eyes the atrocities of abortion. Tiller? Well, at least he did his deeds in private.

In America, what offends is not so much what you do as it is how you do it. Suction babies out from their mothers' wombs, or stick scissors into their heads if you must, but please we just ask that you not show us the pictures. Actions are actions, but showing pictures is “evil.” Our eyes and our sensibilities are delicate. Our souls clearly are not.

Two men were murdered. One of them performed unspeakable acts of violence against the defenseless. The other showed us the pictures. America does not like pictures. And therein lies the difference between the cause celebre that is Scott Roeder and the quickly forgotten mama's boy, Harlan Drake.