The Most Extreme Pro-Abortion Presidential Candidate Ever 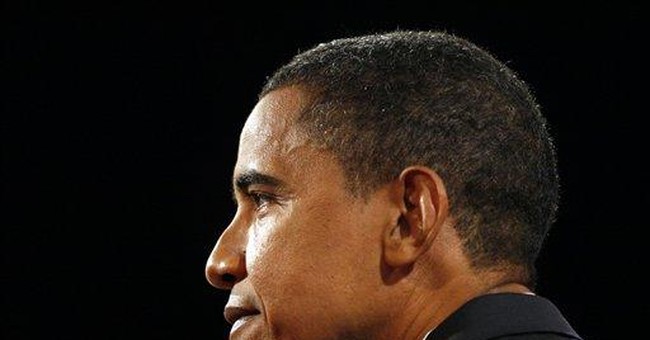 Albert Mohler: Professor, just tell me the argument  you are making in your article [Obama’s Abortion Extremism] that Barack Obama represents, and I quote, “the most extreme pro-abortion candidate to ever seek the office of the President of the United States.” There are people who are going to say that’s wrong-headed. Defend the argument you are making there.

Mohler: Absolutely … I need you to make the case.

George: Sure, first Obama does more than simply argue that abortions should be legal. He argues that it should be paid for by taxpayer dollars. He has supported, vigorously, repealing the Hyde Amendment which has protected pro-life citizens—Catholics, Evangelicals persons of every faith and even those with no faith who hold to the sanctity of human life—protected us from having to implicate ourselves by having to pay for them with our tax dollars.

Going beyond that, Obama has opposed efforts to protect unborn children even in ways that do not involve making abortions illegal. For example, he opposed the effort to include the unborn in healthcare coverage under the so called SHIP program for the states, the States Health Insurance Assistance Programs. Going even beyond that, Obama has supported the worst forms of abortions—partial birth abortions—the most gruesome form of abortion. Even beyond that, Obama has taken the truly extreme and radical position that children born alive after an attempted abortion who are separated from their mothers and are still alive should not be protected by legislation that would ensure that they got at least minimal comfort care—basic medical care in the hospitals. That takes us over the line—anyway you look at it—over the line from abortion into infanticide.

Mohler: I appreciate you making the case there, Professor George. I want to come back to a couple of those points because, let me tell you, I was already convinced of this but I’ve never seen this issue so well documented as you do in your article. When you mentioned, for instance, the Hyde Amendment, you’re talking about the only legal provision that keeps the American taxpayer from actively funding abortion as part of welfare and social services, right?

George: Yes, that’s absolutely right. Let me say a word more about that. That legislation not only protects you and me and all our pro-life brothers and sisters across this country, it saves lives of babies. And you don’t have to take my word for it, you don’t have to take the word of any pro-life person for it. We have the word of the abortion industry who hates the Hyde Amendment and have themselves said that the Hyde Amendment is responsible for dramatically reducing the number of abortions. They’re against that. They think that the amendment is depriving women of their right to an abortion, but they are still telling the truth that there are many, many, many people alive today who would have been exterminated in utero if it weren’t for the Hyde Amendment, and Obama would sweep it away as part of the so called “Freedom of Choice Act”—the radical pro-abortion legislation that would repeal 30 years of our successes in trying to protect unborn children even in the face of the horrible Roe v. Wade decision.

Mohler: The Freedom of Choice Act is where I wanted to go next because Barack Obama has said that the first thing he would like to do as president is to sign that bill. Explain what that would mean.

George: Well, I’ll be happy to remark…. It is unfathomable how Catholic intellectuals and some evangelical intellectuals could regard Barack Obama as an acceptable candidate, and indeed someone who is acceptable from a pro-life point of view when he has said … that the very first thing that he would do is sign The Freedom of Choice Act. This act would create nationally, by legislation, a fundamental right to abortion—which would not only insure that abortion is legal and paid for with public dollars across the country, even if Roe v. Wade were to fall, it would go beyond that even to eliminate basic conscience protections that protect pro-life positions—obstetricians and gynecologists from being forced to refer for abortions or even perform abortions. This is a radical piece of pro-abortion legislation, and the fact that Obama would endorse it simply, in my view, disqualifies him from consideration by any serious Catholic or evangelical or other pro-life voter.

Mohler: We are in an interesting position in the 2008 race. We have a lot of folks saying evangelicals and others need to move beyond what they call “single issue politics.” Number one, I don’t think there is any such thing, but there are no doubt different levels of importance, different levels of urgency when it comes to issues. And I’ll be right up front to say the issue of the dignity and sanctity of human life is number one in my book before you get to other issues that I will concede are also important. When you’re looking at this issue I don’t think we can talk about anything more fundamentally important….

I want to raise the issue of Douglas Kmiec who is also a Catholic constitutional law expert. And he’s making the case that you can really classify Barack Obama in some sense as pro-life. Where’s he coming up with this?

George: I don’t have any idea. The idea—as I said in my article—is delusional. How can we classify someone as pro-life when he represents the most extreme pro-abortion candidate ever do have run for office—run for the presidency of the United States?

The argument that Kmiec makes is that he believes that the social and economic policies of Obama, if he were elected would be so enlightened that it would reduce the number of abortions, and so the net result would be a plus for unborn babies. I mean the logic of this thing says, “Vote for the pro-choice”—as they call it, pro-choice candidate—“because it will save babies.” But there’s no reliable or good evidence for that. On the contrary, we know it’s not true. We know simply by repealing the Hyde Amendment you will increase the number of abortions. The abortion industry itself has told us that. If we look at Sweden, which has a social safety net more substantial than ours (the kind of thing that Obama favors) we see that the abortion rate is no lower there than that of the United States. He seems to have a kind of quasi-Marxists theory that poverty causes abortion.

Mohler: It’s not quasi, it’s direct. I mean that is the case he makes in his book, “Can a Catholic Support Him?” And it’s very interesting for evangelicals to look on at this because we are hearing the same kind of arguments. There is a different context in terms of Catholic social teaching that he tries to use here, but you’re hearing from some evangelicals the same kind of argument as you reflected earlier. So, as an evangelical, I want to listen in on your conversation here and want to be a part of it because we are facing some of the same issues.

By the way, in Doug Kmiec’s book, he makes the argument that there could be a pro-life reading of Roe v. Wade. Now I’ve seen a lot of things that I thought George Orwell would snicker at, but I have to tell you that this has kind of taken the cake. I don’t know if you’ve read his book, but he argues that Roe v. Wade offers a woman a choice about abortion where, as he says, if Roe v. Wade were to fall states could mandate a woman to have an abortion. Well, that is a completely ridiculous argument.

George: It is a ridiculous argument. It’s astonishing that a constitutional scholar, one of some skill I must say. I know Professor Kmiec, he served in the Reagan administration. I’ve always found him to be an effective spokesman for conservative legal ideas when he’s appeared on television and so forth. We’ve been friends for many years. But gosh, this one is through the looking glass. The idea that somehow Roe v. Wade is somehow remotely in the domain of a pro-life decision this is simply outrageous.

Mohler: I also don’t understand, just looking at the whole equation here, how someone could make this argument without taking on the data that you so authoritatively sight here. I mean this is easily obtained information about Barack Obama’s support of the Freedom of Choice Act, or FOCA, that is not addressed by Professor Kmiec. How can you make an argument about abortion, about Barack Obama, without dealing with that central fact?

George: I’ll have to admit too that I didn’t have to work very hard to dig up the information about Senator Obama’s record that I presented in the article. It’s right there. It’s not buried under some avalanche of data. It’s there for the entire public to see. We know the truth. We can easily attend to it. We can easily confirm it. Why Professor Kmiec did not I don’t have any idea. I don’t have any answer for it. I’m dumbstruck by it.

Mohler: One other issue I need to ask you real quickly—because this is a matter of controversy that has come up: The issue related to the infanticide and the Illinois senate, the Obama campaign claims that that is just not really true or relevant.

George: They are lying.

Mohler: Well, I know that. I want you to tell us that.

George: Here’s what happened: Obama voted against the Born Alive Infant Protection Act, and he actively opposed it and tried to prevent it from passing from the Illinois legislature. Then, when he was called on it after he had begun his presidential campaign, he claimed that he would like to have voted for it, but the reason he voted against or opposed it was that it did not have a provision [clarifying that it would not restrict abortion] the way the federal Born Alive Act has one….

They got caught lying because it did have the provision in it.